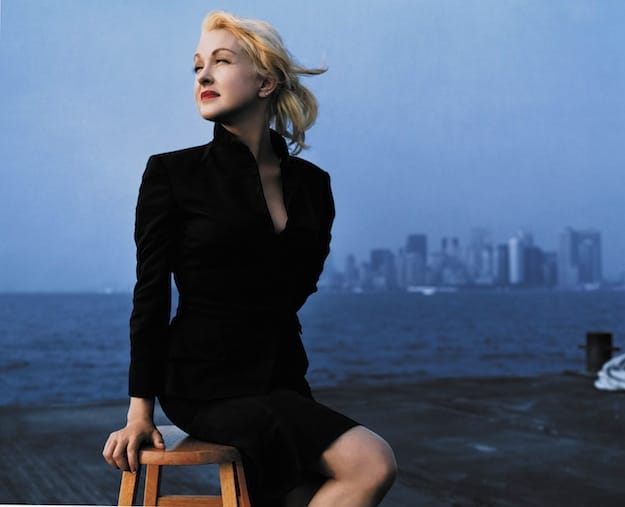 Cyndi Lauper is still the girl who wants to have fun.

But the pop star from the 1980s who has sold more than 50 millions records also has a serious side.

Her appearance at “Evening Under the Stars” on May 11 to benefit AIDS Assistance Program at the O’Donnell Golf Club in Palm Springs introduces us to a Lauper who has a strong attachment to the LGBT community.

Her sister, Elen, is gay, and on a recent appearance on ABC-TV’s “Person of the Week”, Lauper said, “that makes me part of that community. And where I come from, you don’t sit by and watch your friends and family’s civil rights be stripped.”

Lauper is riding the wave of a recent 13 Tony Award nominations for her musical, Kinky Boots, including Best Musical and Best Original Score. The musical is an adaptation of the 2005 British movie about a shoe factory that struggles until it finds success marketing fetish footwear.

Lauper wrote the lyrics and music, which address topics like acceptance for the drag queens in the show. Lauper said in the ABC interview that she understands what it’s like to be treated differently.

“They always said I was a loser, I was no good, a daydreamer, and I was stupid,” Lauper said. “Maybe I talk like a dummy, but I’m not really a dummy.”

Mark Walberg, host of "Antiques Roadshow", will emcee the May 11 program.