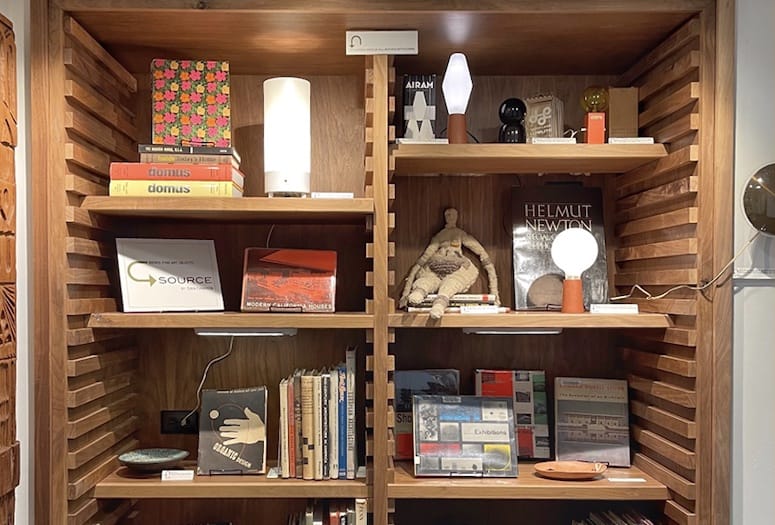 When the book, Modern California Houses: Case Study Houses 1945-62 was published, it unleashed the talents of some of the great architectural minds like Richard Neutra, Charles and Ray Eames, Eero Saarinen, and A. Quincy Jones. Sponsored by Arts and Architecture magazine, the experiments in American residential architecture were for a group of emerging architects to create housing for the post World War II boom of new homeowners.

One Twitter user paid homage to the author, Esther McCoy, by saying, “No one can write about architecture in California without acknowledging her (McCoy) as the mother of us all.”

Dan Chavkin understands the value of such books, so much so that the Palm Springs architectural photographer has devoted a pop-up bookcase inside the Shops at Thirteen Forty-Five to sell them, including McCoy’s. A contributing photographer for Palm Springs Life whose latest shoot was the former Kirk Douglas Residence in the January 2021 issue, Chavkin has put together a wide-ranging collection of original copies of architectural and design books, plus a few miscellaneous items including a 1949 George Nelson clock, under the business header, Source.

“There isn't too much of this around in this area of town,” he continues. “I’d like to think it's sort of unique in its own way, a breath of fresh air. And obviously the focus on architecture in this town is tremendous. So, if someone is looking for a rare vintage book first edition, then, okay, I've got it.”

Chavkin, who studied photography at the Art Center College of Design in Pasadena, initially worked in New York City but then moved back to California where he discovered the midcentury modern architecture of Greater Palm Springs in 2008. He chats with Palm Springs Life about his bookcase endeavor 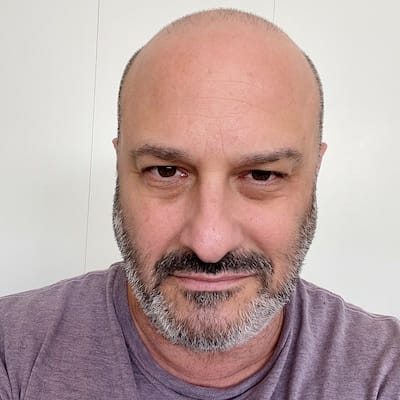 I was around it at school. I first started collecting rare photo books from around the world, and then that led to architecture. Since moving to Palm Springs 11 years ago, I sort of picked up the architectural part of collecting books. And that's how I amassed this collection. And I still buy from time to time.

How did you begin creating a space to sell your books?

I previously had a very small section of books actually in a church store, curated. I only had about a dozen, and I called it the Dan Chavkin collection. It’s kind of cheeky because you know, like who's Dan Chavkin? And then Brandon Hoskins, the co-owner of the Shops at Thirteen Forty-Five, knew about it. And we talked and he said they had this section here available. He asked if I would you like to do the same kind of thing, but on a slightly larger scale. I'm more conscientious of what's out there and what maybe would be good for this space. And I didn't want to do brand new books. There are venues in town that sell brand new coffee table books. I thought this was just a little bit more unique and interesting.

Talk about some of the items you have for sale.

There is an old stock of lights designed by Bill Curry, who was a pretty well-known midcentury lighting designer in the 1960s and ‘70s. And I've been working with one of his relatives, and she has basically, like all of his archives, because he died prematurely in the 1970s, and his lighting went out of business after his death. She has a stock of a lot of his lights. So I'm selling these for her. It comes with the original boxes and everything, and they've never been used, so it's pretty great.

Here is a Beautiful Homes and Gardens in California (by Weisskamp Herbert) from 1964. And it's just an incredible survey of midcentury in California at that time. It just runs the gamut. It's kind of a rare book, not too many copies out there. So I have it priced accordingly. A good portion of the books are kind of on the slightly pricey side. Like this one is really, really hard to find. From 1954 there is Houses, Interiors, Projects by Harry Seidler, who is an Australian modernist architect. And it's just a really great book. It comes with a slip case.

What about this clock and woodcarve art piece?

I have these two pieces and this is a rare George Nelson clock from 1949, which is pretty incredible. It's very rare because you know, most people are used to the atomic style that he did with the balls. And this is a woodcarve by the husband and wife designers, Evelyn and Jerome Ackerman. And this is a piece of a greater grouping of pieces. They interlock, so they came in these sectionals that you can do.

How long do you plan to keep the pop-up shop going?

I don't know, but I want to kind of keep it going and see how it goes. I mean, so far it's been pretty good. People have been buying books, and I have sold a few of these lights. 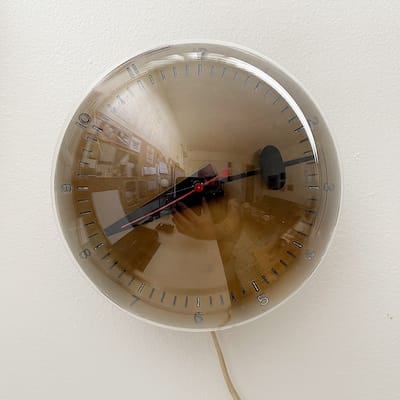 George Nelson, well-known for his atomic clocks, designed this one in 1949.

• READ NEXT: 11 Suggestions for Retail Therapy During a Shutdown.