For the Coachella Valley native, Hollywood still feels like a world away from where he grew up in Rancho Mirage.
PHOTOGRAPHS BY NATE ABBOTT

Daniel T. Dorrance knew he’d made it in the entertainment industry when Johnny Cash casually stopped by to perform during an after-work shindig one day in 1990. The young Dorrance was working as a production assistant on Days of Thunder starring Tom Cruise, Nicole Kidman, and Robert Duvall when the Man in Black appeared.

“Robert Duvall invited him and Waylon Jennings to come over to one of our parties, and they started playing for only like 200 people,” Dorrance recalls. “It was wild. There was another one with the rapper Tone Lōc. That was the scale of this movie. These huge stars would just stop by the set. I said to myself, ‘Wow. I guess this is Hollywood.’”

Over the next 30 years, the Rancho Mirage native would go on to become a stalwart production designer and art director, working on blockbusters such as Steven Spielberg’s Saving Private Ryan, Michael Mann’s Collateral, Mel Gibson’s Braveheart, and Francis Ford Coppola’s Bram Stoker’s Dracula. While that pedigree would make a movie buff’s jaw drop, Dorrance remains totally cool about his role in physically executing their creative visions.

“Every director works differently — and sometimes they even work differently on different projects — so I tend to look at everything individually,” he says. “Sometimes the scope is big. Sometimes it’s small. I try to approach it the same way.”

Dorrance’s latest project is The United States vs. Billie Holiday from another notable auteur, Precious and The Butler director Lee Daniels. Released in theaters and on Hulu last month, the film centers on the U.S. government’s persecution of the prolific jazz singer (played by Andra Day, who was honored by the Palm Springs International Film Festival with its Breakthrough Performance Award for the film). For the period piece, Dorrance was tasked with recreating several nightclubs of the era, including a faithful reproduction of Café Society that he constructed on a soundstage. His biggest task was transforming the exteriors of modern-day Montreal, where the movie was filmed enitrely, into New York of the 1930s. 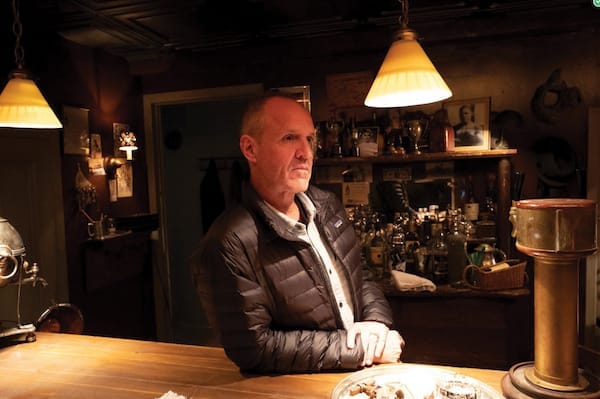 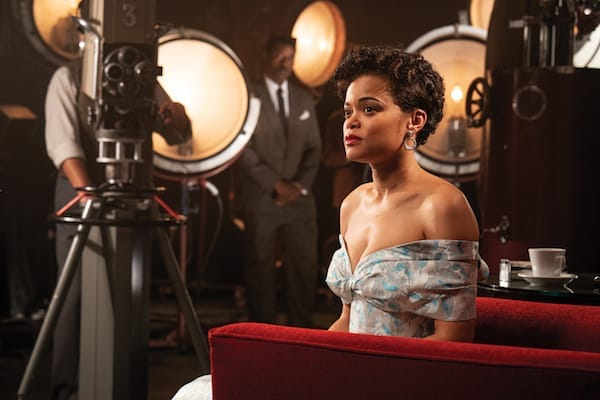 In The United States vs. Billie Holiday, Dorrance recreated several nightclubs where the jazz icon portrayed by Andra Day  performed.

“I didn’t want to spend too much money getting rid of stuff,” he explains. “Because the film is set in the 1930s, I wanted to find blank canvases, so we didn’t have to remove a bunch of modern signs or whatever. Billie Holiday was about a $35 million movie. We had to be more creative about how we attacked scenes: Maybe this one is inside instead of out because of the weather? Can we find a mortuary near a nightclub? Those are the sorts of questions I have to ask as a production designer.”

For the Coachella Valley native, Hollywood still feels like a world away from where he grew up in Rancho Mirage. It’s partly why he keeps a home here with his wife and family when he’s not working elsewhere. (“When I’m back,” he says, “I love to just hop on my mountain bike or my motorcycle and drive into the desert to escape city life.”) Surprisingly, filmmaking wasn’t his original career destination. Dorrance’s penchant for drawing, tinkering, and building initially led him to a career in the commercial world. Everything changed when he nabbed a job at the famed set-building company Scenery West in L.A. and crossed paths with production designer Thomas E. Sanders. “Luckily, I’d learned how to draft in high school, so I’d work with art directors who’d come in and need help laying out their sets because they didn’t know how to draft,” says the Palm Springs High School grad. “One of those guys, Tom Sanders, branched out and took me with him as his assistant art director.”

One of Dorrance’s early projects was Spielberg’s 1991 fantasy epic Hook starring Robin Williams as Peter Pan and Dustin Hoffman as Captain Hook. The $70 million behemoth was filmed across multiple soundstages. “It was like a theme park,” Dorrance says of the massive set pieces. “We built all of Hook’s ship with a dock next to it. There were nine different stages filled with sets. We’d have celebrities come by with their kids just to see what we built.”

Dorrance’s career in world building hasn’t been without pitfalls. He had a tough time working on The Maze Runner film franchise in South Africa, where he was commissioned to bring the dystopian sci-fi world of the James Dashner novels to life. “I found South Africa very challenging,” Dorrance says. “It’s not known as a big filming location. We were barely getting the sets done — biting our nails while painting the night before. There were so many nights I wasn’t sure if we were going to make it for camera, which you just don’t do in this business. I had a lot of sleepless nights on that one.”

The rise of computer-generated visuals over the course of Dorrance’s career hasn’t negatively impacted his work. In fact, the lower cost and increased efficiency of such techniques means Dorrance can focus more of his attention on the tangible without feeling bogged down by whether that building isn’t tall enough or if it’s snowing in the background. That’s even true for the project he’s currently working on, the latest installment in the Planet of the Apes franchise directed by Wes Ball, who Dorrance worked with on The Maze Runner series.

“The job doesn’t change for me,” Dorrance acknowledges. “As a production designer, I still have to conceptualize and visualize what’s in front of the camera. It might all be in front of a green screen. Or we shoot in a field and put the apes in later. The scale will definitely be bigger on this one, and the shoot will probably be longer because it’s more technical. But for me, it’s pretty much work as usual.”

• READ NEXT: Actor Gary Oldman Says Palm Springs is His Home for Good.