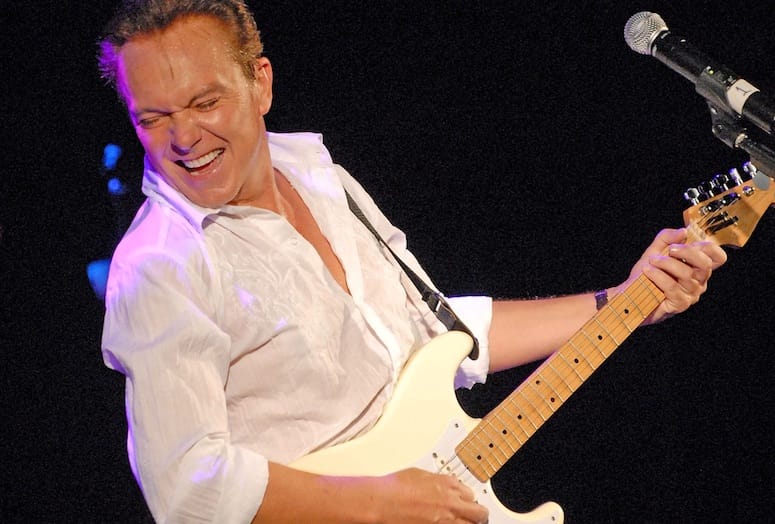 David Cassidy has been working on a new project very near and dear to his heart.

He’s about to record a new EP, Songs My Father Taught Me.

“I’ve always wanted to do magnificent songs that not everybody knows,” says Cassidy, who will perform June 26 at Morongo Casino Resort Spa. “Brilliant songs such as Wish You Were Here…the song my Dad did in the first Broadway show that I saw him in.” When he was only 3 years old, Cassidy says his mom, Evelyn Ward, took him to see his father, actor, singer and Broadway star, Jack Cassidy, on stage. The experience left an indelible impact on the younger Cassidy, cementing his desire to pursue a career in entertainment.

At his parents’ request, he graduated high school before embarking on a journey encompassing decades of sharing his own acting and musical talents with appearances on television, Broadway, and producing a flurry of chart-topping hits.

Best known for his role as Keith Partridge in the 1970’s musical sitcom series, The Partridge Family, Cassidy’s popularity as a teenage heartthrob led to more fans in his “official fan club” than Elvis Presley and the Beatles.

“I wanted to spread love and happiness and joy, and I got it back in spades,” he says. “And I still do. I feel very fortunate.”

A small sampling of his contributions include:

• Television roles on classics such as Bonanza and Mod Squad to more recent stints on ABC Family’s Ruby and the Rockits and Celebrity Apprentice.

• Performances on Broadway include Blood Brothers and Joseph and the Amazing Technicolor Dreamcoat.

• Cassidymania came from such hits as I Think I Love You and Cherish.

Cassidy looks forward to his appearance at the Morongo Casino in Cabazon. “I’ll give it everything I’ve got,” he says. “I’ll play a lot of Partridge Family stuff as well as some songs from the upcoming EP, and a dedication to people who have influenced me.”

• John Lennon: “We were friends. I was inspired by the Beatles when I first saw them on The Ed Sullivan show. I went out and bought an electric guitar.”

• Bobbie Darren: “The only artist my dad and I agreed on.”

• Crosby, Stills and Nash: “Had an enormous impact on me.”