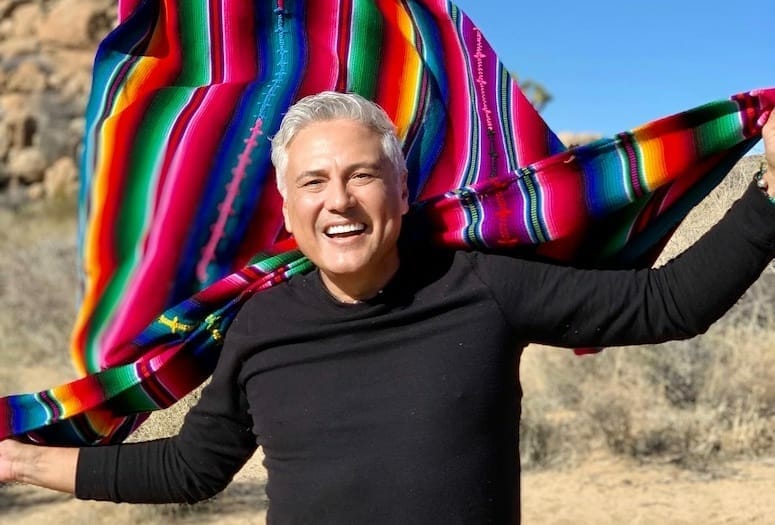 When he was much younger, La Quinta resident David Damian Figueroa recalls his Mom was working as a secretary at a recycling center in southern Arizona. While looking outside the window by her desk one day, she spotted a pair of boys hiding near a wash. They were immigrants looking for their slice of the American dream.

“She came home with these two young boys. They were about my age, and they looked very weathered, very sad, and very distressed,” Figueroa recalls. His Mom took the two boys to where some farmworkers lived, and got them settled there with a job.

“She told me later what she had done, and I was just so impressed by that. My mom with a sixth grade education who spoke broken English.”

Years later when she passed away, Figueroa recalls a large turnout at her funeral. “She wanted to be buried in the cotton fields (in Buckeye, Arizona). People talked about all the things she did for them. When she would share her food, she would babysit this one, she would drive a car for that one. All kinds of things. I was like, “I want to be that. I want to be my Mom.”

Figueroa, who spent his early years in the agricultural fields with his Mom, has taken his life in a variety of directions including activist, community organizer, storyteller, poet, filmmaker, and music producer. The latest mission for Figueroa is the publication of his second book, El Oz, a children’s tale that also features a strong female character, Dolores, in an Hispanic adventure that pays homage to The Wonderful Wizard of Oz, which was published in 1900 and the first in a series of Oz books by L. Frank Baum. It was later renamed The Wizard of Oz in later reprints.

Figueroa chats with Palm Springs Life about the book’s inspiration, why he is organizing a Barnes and Noble tour to get the book into more family’s hands, and what other female role model plays a major part in his life. 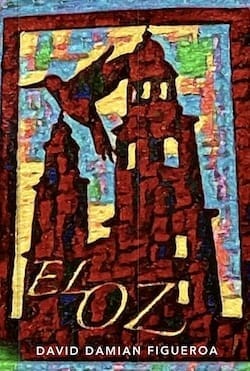 What was the inspiration for this book?

I lived in Palm Springs from 1985-90. My uncle used to tell me, "You need to go to Hollywood. You need to go to Hollywood." I was a singer, and I was actually on my way to Hollywood because I had been cast in Star Search. It was the Spanish Star Search, which was same producers and everything. So I went, and on the way there's this big hill right before you get into east Los Angeles and you can see all of Los Angeles, and the cityscape in 1990 looks very different than the one today, but it reminded me of Emerald City. And in my mind, I was like, "Wow, I'm home." And this just reminded me of Emerald City. And as I was going through east LA, I'm thinking, "There should be a Latino version of The Wizard of Oz, or The Wonderful Wizard of Oz."

And so it's there's a lot of my experiences in this story, a lot of characters from my family. Exaggerated personalities, names from my family, and just combinations of uncles. Dolores, the little girl, is inspired by Dolores Huerta, who is a life-long friend and mentor, mentee, and a mentor of mine. We're good friends, and so I just dedicated this book to her. I wanted the story to stand on its own, and you could take the characters out, and it would be a stand alone.

How did you make the characters your own?

So the El Leon (lion) in my book represents poverty. People that need to be helped that are abandoned, that need to be served, that we need to be people of service to. And it's the representative of the people that are homeless. The Tin Man is named Hierro and he's made out of hubcaps. He has a recycling center. It speaks to the environment. And there's Welo, who plays the scarecrow and is made out of sticks and stuff. He's trying to create this space for his community garden, which we're trying to do. We're trying to have these spaces within urban cities, and even communities where people will know where their food comes from. Here, in the Coachella Valley, there's just such a disparity between the haves and the have nots. 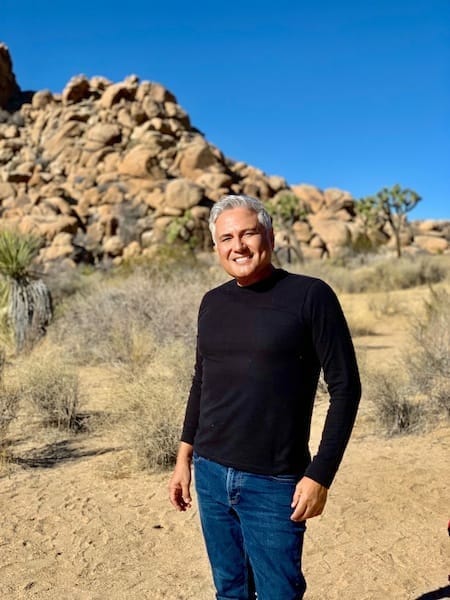 "If children see their parents reading, they're going to want to read as well," says Figueroa.

Are you trying to make a statement with your book?

My book is social. It's not blatant. But it's just to spark an awareness. And it's not a children's book, it's a family reading book. And there's not really a genre for that, but I think there needs be a family reading genre, family reading time. My mom used to read the Bible to me, and we bonded, and a lot of the principles that she taught me are in this book. One of the quotes in the book is about the butterfly. How do they know where to go, when to land, and when to stop? And they have an internal compass within them, and what they're doing is they're following their hearts. For us, the answers lie within, and we're always looking to external forces to feed us the answers, to make us whole, but the answers lie within.

This book received recognition from the National Association of Hispanic Journalists (NAHJ), which is funded why the Ford Foundation. How have you used the prize money?

NAHJ identified 20 writers that were changing the narrative for Latinos. And that seems to be one of the things that is really important for Latino writers, because it's very difficult for us to have publishers and those kinds of things. But with the price money that I received, I was able to hire a publicist. I'm able to give a lot of books in communities, including here in Coachella Valley. Every stop that I do has like 150 books to help non-profits. And I usually show up, do my thing, sign the books, and then they make the money off the book.

You are organizing a Barnes and Noble Tour. Why is that important?

It's really part of the mission of this book is to get it into the hands of folks that I think would utilize it, and there's some form of entertainment other than your television and iPhones and such. And I think it's also family being able to read together and promoting reading as opposed to just having children read. If children see their parents reading, they're going to want to read as well. They want to get their information. And we're in a society now where we really need to read, and dig, and research for our information instead of just living and reading the soundbites we see on a daily basis. 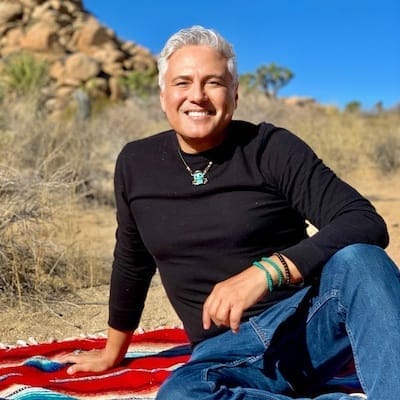 You talked about the strong influence your Mom has played in your life. But there is another strong woman who has impacted you, Dolores Huerta, a social justice star and Presidential Medal of Freedom recipient. How did she become part of your life?

I was working at an event for farm worker justice. We were sponsoring, and she was getting an award. And I knew of Dolores, because I actually grew up in Yuma, which is where Cesar Chavez was born and where he passed away. And so I wet up to her at the event and told her I was from Yuma, Arizona. She goes, "You know Cesar was from Yuma." And I go, "Yes, I know." She goes, "What sign are you?" And I go, "I'm Aries."

"You know Cesar was an Aries, and I'm an Aries, too." And then we started talking. She didn't have her foundation at the time, and she wrote her number down, and it was her home number and I called it. And she goes, "I'm going to be in LA." And when Dolores came into my life, I was very much in need of my mother. And she has been. She calls me her 12th child. She has 11 children. I don't see her as a world figure, which she is. I know that she is, I know that's her power. But I see her more as a protector of the ideals I have, of the things I want say, the community deals that I want to broker, and those kinds of things.

You recently painted a mural in her honor in Coachella where they named an affordable housing farm worker complex after her.

El Oz by David Damian Figueroa is available at online retail outlets including Barnes and Noble, Amazon, Apple Books, Kindle, and Walmart among others.