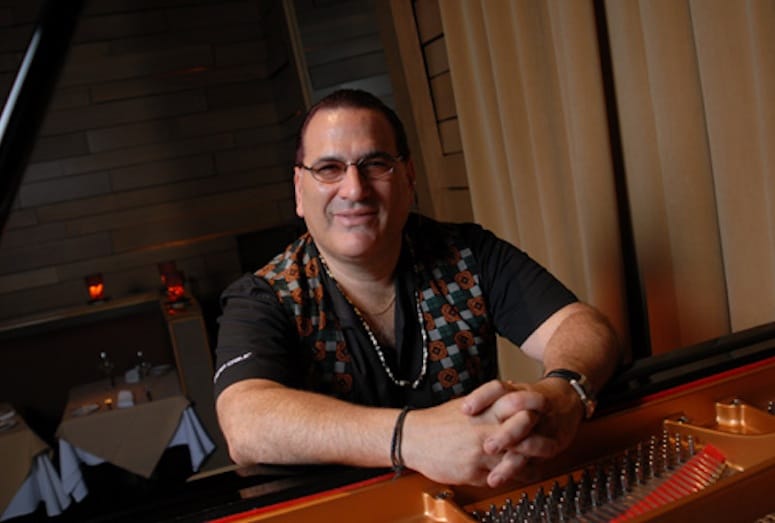 VIDEO: Listen to David Garfield's band play at the Heineken Festival in 2009.

David Garfield could have flown two-thirds across the country for his next gig.

Instead, he will drive a couple of hours from his Los Angeles home to play at this weekend's 21st annual Jazz in the Pines held in Idyllwild, Aug. 16-17.

The songwriter-producer-keyboardist has never been to the mountain town before, but wanted to appease his good friends and fellow musicians, keyboardist Barnaby Finch, and his wife, Anne, who live in Idyllwild and are promoting the jazz festival. “Let’s just say they (the Finch's) made me an offer that I couldn’t refuse,” says Garfield, who was slated to play in Cleveland.

Garfield wears many creative hats, as record producer of his own company, Creachy Records. Since 1986, Garfield has served as George Benson’s musical director and has written songs for his albums.

Most of the guys that I’ll be performing with at Jazz in the Pines are on that record,” Garfield explains. “It’s all instrumental, with no vocals.”

Garfield’s band at Jazz in the Pines, The Afro Cuban Jazz Project, is comprised of musicians that he’s played with for years, including John Pena, bass; Jimmy Branly, drums; Brandon Fields, saxophone and Chris Trujillo, percussion.

“Our band definitely has an international bent to it. There’s a Puerto Rican, Cuban, Mexican and me,” he says.

“It’s unlike any American jazz sound,” he says.

The most popular Latin Jazz performer today is Poncho Sanchez, but it doesn’t matter if people don’t understand what Latin Jazz is to appreciate it.

“Their bodies and ears will know good music,” he says.

With Cuban music, it’s all about the drum rhythms. When Garfield was playing in Nigeria last year, he heard the connection to the Cuban and Spanish culture through their drum rhythms.

“With drums, there’s a direct correlation to religion, and many countries like Haiti, Cuba, and the Dominican Republic, forbade the import of drums,” he explains.

Garfield’s next project will be a 10-song record of some of the greatest artists that he’s worked with over the years.

“Each song will feature a different artist,” he says. “It’ll be true originals.”

Although he doesn’t want to reveal the names of the 10 artists, he did mention one Motown great.

“Smokey Robinson is the greatest songwriter that I’ve ever worked with,” Garfield says.