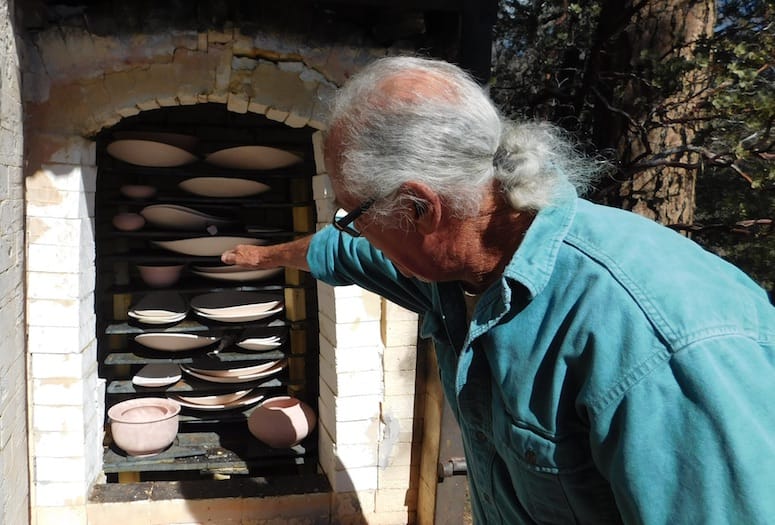 David Salk shows one of two large brick kilns he has at his home.
PHOTOGRAPH BY MARCIA GAWECKI

In 1966, ceramicist David Salk was on a fast track at the University of California, Irvine, to become a veterinarian like both of his parents and one of his brothers. Following the path to become a doctor, albeit for pets, was in his bloodline. His uncle is the famed Jonas Salk, who developed the first successful polio vaccine.

But after enrolling in an advanced ceramics class during one summer at the Idyllwild School of Music and the Arts, his life dramatically changed.
Santana Martinez, a relative of San Ildefonso potter Maria Montoya Martinez, taught the class. Salk studied the Native American ways of creating black pottery and went on to become a ceramicist and an art gallery owner (Feats of Clay) in Palm Springs and Idyllwild. 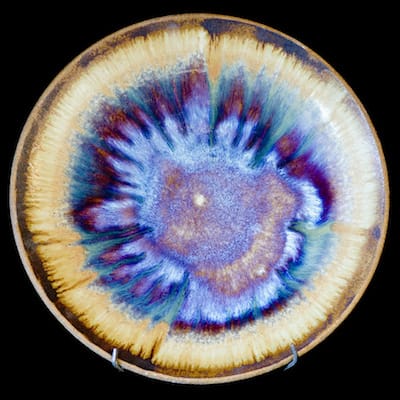 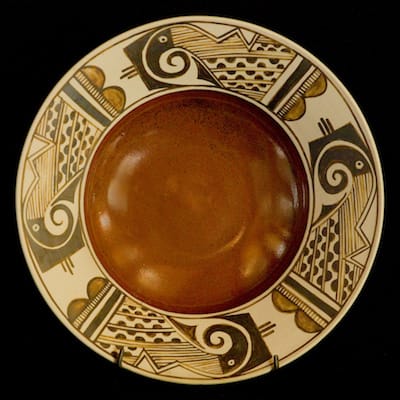 David Salk's work pays respectful homage to the many Native American weavers, or is inspired by nature at his mountain home in Idyllwild.

Now 50 years later, Salk’s works are well-known and collected worldwide. He is likely one of the longest running artists at the La Quinta Arts Festival, which runs March 1–4. “La Quinta is a beautiful outdoor show, and people know to find me there,” Salk says.

He’s not one to send out email blasts, or even texts to announce upcoming shows. Collectors of his works know that he will be at several outdoor shows in the desert during the season.

Salk has developed a deep appreciation for all things Native American, collecting everything from woven baskets and pottery to vintage moccasins and tomahawks. He considers himself “somewhat of an expert” on woven baskets. Often, those from the Cahuilla tribe, native to the Palm Springs area, consult him before they purchase baskets from outside agents.

The woven basket patterns have found their way into Salk’s ceramics. “The lifetime of a woven basket made out of willows will not last as long as pottery, which is like stone,” Salk explains, as he taps one of his painted vessels that is about 30 years old.

He painstakingly reproduces the intricate designs and coiled shapes of 18th- and early 19th-century Southwest Indian baskets. He fires the designs into the clay with iron oxide. They are a respectful homage to the many Native American weavers. 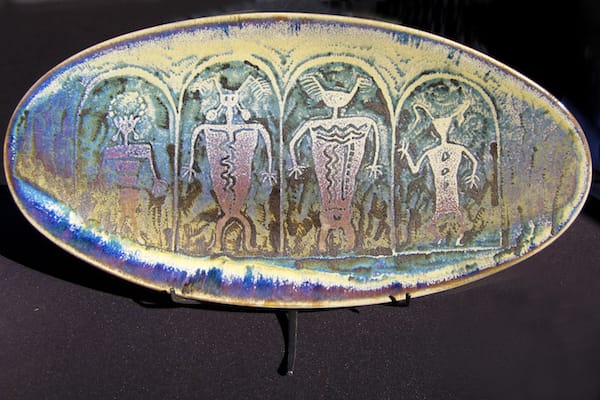 “I’ve spent a lifetime getting to know the medium, but there’s so much I’ve got to learn."David Salk

“I often think about those women and how they patiently wove those baskets during harsh weather conditions. It was scorching in the summer and freezing in the winter,” he says.

Salk’s other distinct pottery style is inspired by nature at his mountain home in Idyllwild. There he has a panoramic view of the San Jacinto and Santa Ana mountains.

Two large brick kilns edge the driveway as you approach the house. Salk opens one of them, showing racks of plates and platters of all sizes and shapes. These were just bisque fired before the glazes.

Unlike the Martinez family artisans, who fire their ceramics outdoors with a well-tended fire covered with horse manure, Salk first fires his pieces in a gas kiln at 1,500 degrees Fahrenheit and then adds the glazes and fires at 2,400 degrees.

When Salk applies the glazes, they often come out looking much different than when he puts them in the kiln. One of his dark glazes is derived from wood ash. At the time of the interview, snow had fallen on Idyllwild, and there was a fire in the fireplace. The orange wood log started to sputter.

“There’s gas trapped in there,” Salk explains. After it burns down and cools, Salk will take the ashes and sift them, then add water to make a glaze. “Other ceramicists ask me what else I add to the wood ash glazes and can’t believe there are only two ingredients,” he says. 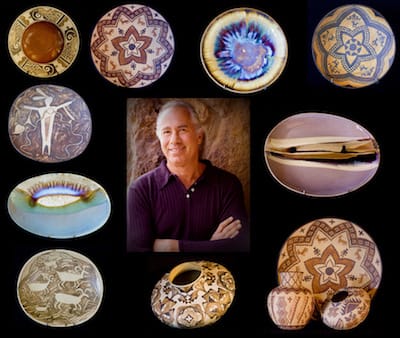 Some of Salk’s plates show natural wood texture that is similar to an oak tree outside his front door. He draws a lot of inspiration from the sights and textures that surround him there.

Despite working with ceramics for more than five decades, Salk never tires of it. “I’ve spent a lifetime getting to know the medium, but there’s so much I’ve got to learn,” he says.