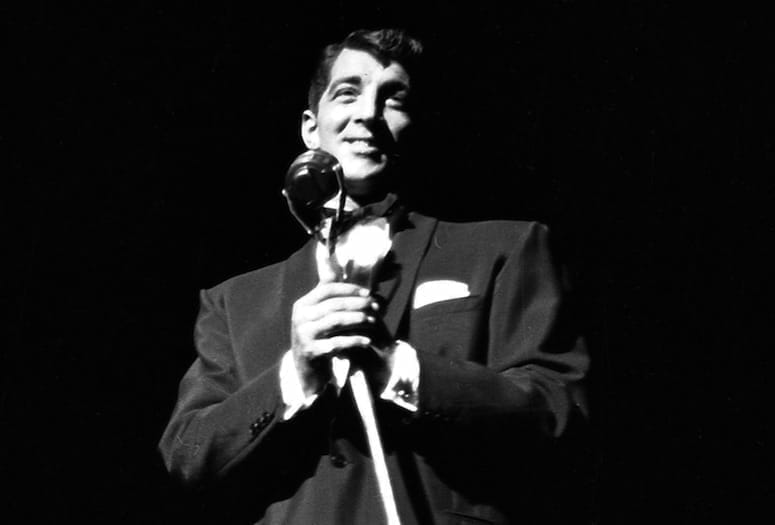 Director Tom Donahue on Dean Martin: "He was very tight with the people that he knew and loved and very loyal to them. But when somebody crossed him, he cut them out of his life."
PHOTOGRAPHS COURTESY WARNER MEDIA

For countless fans, entertainer Dean Martin epitomized the word “cool” as much as any other 20th Century icon one can name. Born to Italian immigrants in Steubenville, Ohio, the actor/singer rose to fame shortly following World War II alongside his longtime performing partner, comic Jerry Lewis.

The duo was an enormous hit with nightclub and radio audiences and their chemistry translated just as strongly into a series of comedic films that were huge box office successes, before the two split up very acrimoniously in 1956. Martin simultaneously maintained a recording career that included a slew of popular songs, such as No. 1 hits “Memories Are Made of This” and “Everybody Loves Somebody.”

As a founding member of The Rat Pack, Martin became close pals and frequent film costars with Frank Sinatra. Martin spent part of the year at his home in Palm Springs, where he and wife Jeanne were renowned for their Sunday afternoon tea dances. Martin became a popular leading man in the movies (the Oscar-winning Airport is on his resume) and a ubiquitous personality on television where he capitalized on his reputation as a laid-back crooner who had belted a few stiff cocktails before walking on stage to host two long-running variety series and his influential Celebrity Roast program. 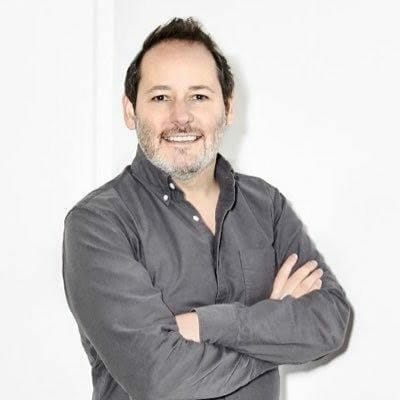 Donahue spoke with Palm Springs Life about the surprises revealed in his film and the enigma that continues to surround Martin.

What was your opinion of Dean Martin before you started working on the film?

I was a big fan of Frank Sinatra, who probably has a greater legacy as a vocalist and a musician than Dean, so he was really the more prominent of the two. Dean was always kind of a really cool sidekick in The Rat Pack. I didn't know a lot about him, but I knew, of course, he was a movie star. I didn't know a lot about Martin and Lewis. I knew they were the No. 1 comedy act in America, but I was way too young to see their stuff. When I dove into that, I learned so much, so many facets of Dean that I really had no idea what an incredible and great man he is.

What was most surprising to learn about him?

I think it's a certain value system that valued family, and it goes back to his Italian lineage, and really, everything he did was in trying to create families, whether it was The Rat Pack, the celebrity roasts, his first family, his second family. He was very tight with the people that he knew and loved and very loyal to them. But when somebody crossed him, he cut them out of his life. You know, i.e., Jerry Lewis. That was it. He never wanted to speak to them again. It was really interesting to learn how much he had valued family. 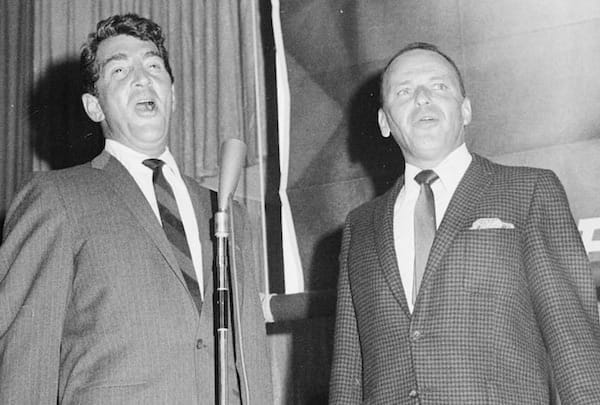 PHOTOGRAPH COURTESY PALM SPRINGS HISTORICAL SOCIETY
Dean Martin and Frank Sinatra were very close. "There was something about Dean's sense of joy, his freedom, his relaxation, that Frank admired and, in some ways, resented because he could never be that free," Tom Donahue says.

You interview some of his peers like Angie Dickinson and contemporary actors like Jon Hamm, which makes sense since he has as much midcentury swagger as anyone. Then you have RZA [the rapper behind Wu-Tang Clan], who is a surprise. How did you learn he was able to offer such insight into Dean’s legacy?

I knew that RZA was connected to Steubenville [Ohio, Martin’s hometown] via stuff we had read. So, we reached out to his management, and they said, "He'd love to do it." And then he just turned out to be the film’s Yoda in a way.

You also interviewed Josh Homme [from the rock group Queens of the Stone Age], who grew up in Palm Springs.

Dean was also one of the few people who was unafraid to stand up to Sinatra.

You say one of the few. Is there another one? We'll do a doc on him too, if he's alive.

Good point. How would you describe the dynamic between those two?

Frank very much looked up to Dean. As Jeanne [Martin’s second wife] says in the film, "Frank wanted to be Dean." There was something about Dean's sense of joy, his freedom, his relaxation, that Frank admired and, in some ways, resented because he could never be that free. Frank took everything very seriously. And Dean and his, "I don't give an F" attitude would always kick in when Frank would demand too much, when Jerry would demand too much. Dean ultimately knew very well when he had to draw away from people who had very strong personalities. The great thing about Dean was his ego could easily subsume into partnerships. So, he could be in The Young Lions with Marlon Brando and Montgomery Clift and not have to command the screen, not get in a fight over credit. 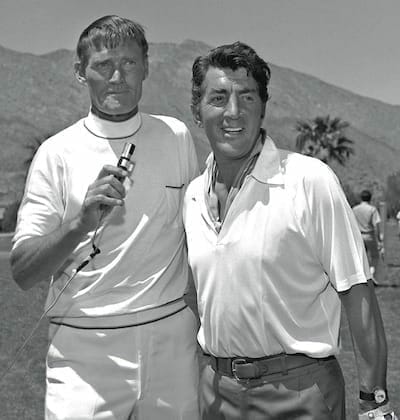 Do you think he's underrated as an actor?

Very much so. It's because, I would say again, he was not a showboat. He subsumed himself into the part, into the character, and he allowed those around him to shine as well as himself. And I think as a result, he's been underappreciated, no question, but he's absolutely a great natural actor.

For someone whose public persona was such a bon vivant, he seemed to require a lot of solitary time.

Dean had a really good sense of his own personal space. And I think, the golf game, gave him the ability to be alone, the ability to be isolated for a time away from other people. Because I think he loved other people so much that it also physically and emotionally drained him to be around people all the time. So, he almost had to say to Frank, "I'm not going to be partying all night." He was almost physically not capable of it, if that makes sense.

Dean’s music seems almost timeless. Has it ever been out of style?

There was a period around the time of the Manson murders and a lot of the revolution of the late '60s where... And you could feel it, too, in the variety hour, and it's a story I was going to tell, but ultimately didn't, which is just that there were a lot of young performers that refused to go on the Dean Martin show. Or if they went on... Linda Ronstadt's a good example. She refused to do a duet with him. She would go on the show, but only to perform by herself and not to be seen with Dean Martin because at that time he was the height of uncool. Also, there was the feminist movement, and Dean had a dancing troupe on the show called The Golddiggers. This did not go over well with the women's movement. So, there was a period where he was out, but everything comes back. 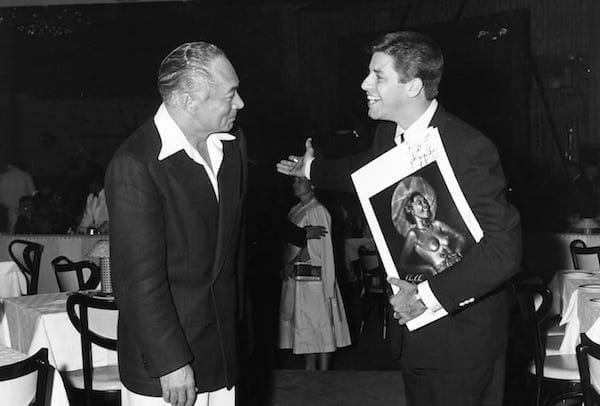 What was it about the Martin and Lewis partnership that resonated so strongly with midcentury audiences?

Well, it has to do with the band of brothers mentality during World War II. These guys got out. They got jobs. They're in the suburbs.

They're alienated from other men by being with their families in these isolated suburbs, which was new in America at that time. Most people were growing up in urban spaces. So, I think what they saw in Martin and Lewis was the sense of brotherhood reenacted on stage and on screen in a way they hadn't seen in a long time. That sense of joy, that kind of masculine brotherhood, was something that they were so excited to see. Not to mention the two were just brilliantly funny.

Earlier this year, there were some very explicit nude photos of Dean and Jerry (NSFW) that sold for nearly $5,000 at an auction. Was it common for entertainers to be photographed so casually like that back then? (Please be advised, these photos are explicit).

Well, I don't know why they’d be photographed that way, but I can say there was such a freedom with Martin and Lewis and a physicality with the two of them that I'm not surprised that they would be bathing near each other nude. If you even look on stage, they're kissing each other on the mouth, they're hugging, they're extremely physical with one another. And there's even a story, I think in Dean and Me [Lewis’ memoir, coauthored by James Kaplan], where Dean has crabs and Jerry's picking the crabs off of Dean's body. I know that sounds disgusting, but that story is in Dean and Me. So yeah, these two were very close.

If you had to describe Dean to somebody completely unfamiliar with him, what would you say?

Dean Martin: The King of Cool will air on Turner Classic Movies November 19 and 26 along with several of Martin’s most popular films.

• READ NEXT: Desert Dreamers 8: The Crooners.