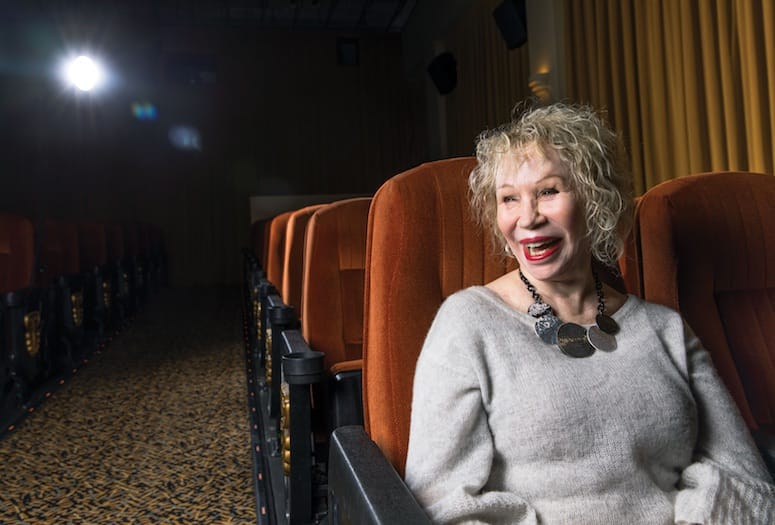 Beth Fromm works with a small committee to select films to screen every other Saturday.
PHOTOGRAPHS BY SCOTT PASFIELD

When she finally counted, Beth Ellen Fromm realized she sees at least 350 movies a year.

About 50 of them are from her standing Friday visit to the local theater, a habit she’s kept since she was a kid. But the majority comes from the myriad titles she watches as executive director of the Desert Film Society.

Comprising a diverse membership of local retirees, the group offers two monthly screenings of foreign or independent American films at the Camelot Theatres in Palm Springs — and Fromm screens every single one to make sure it’s worthy.

Fromm has been part of the Desert Film Society since its inception in 2002. Though not affiliated with the starry Palm Springs International Film Festival — set to bring another hearty helping of Hollywood to town for its 31st annual event Jan. 2–13, 2020 — that cinematic celebration inspired the creation of the local film group.

“The way we got started was someone said that it was really sad that when the festival ended, we had to wait a whole year for that quality of film to return to the desert,” Fromm recalls.

She was among the 100 or so locals who responded to a newspaper ad about a new film club that would bring indie pictures to the Coachella Valley year-round. She volunteered to write press releases for the fledgling Desert Film Society and quickly became its executive director.

Now, Fromm figures she spends 40 to 60 hours a week handling the organization’s affairs, from identifying potential films to screen to securing the actual prints.

“I love it,” she says. “It keeps me sane, it keeps me busy, and I like that I’m doing something that gives back to the community. I would miss it so much if I weren’t doing it.”

She scours industry newsletters and film festival programs to find titles to explore, then works with a small team of volunteers to select movies to screen at Camelot Theatres every other Saturday.

“We’ve got movies booked now up until June of next year,” she says.

The group’s mission is “to bring foreign and independent films to the desert that are not being shown [in commercial theaters],” Fromm says, “and to educate the public about these different cultures that we’re bringing in movies about, and discuss them.”

Desert Film Society membership has grown from those initial 100 to more than 300, she says, and the semimonthly screenings regularly attract 200 to 250 film lovers. 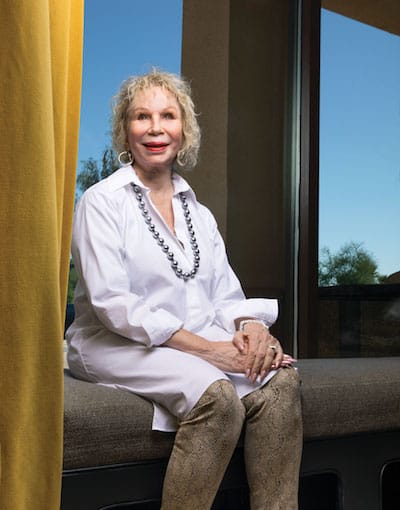 Lively discussions — with the artists whenever possible — typically follow the screenings. Directors and actors often attend the society’s screenings. Says Fromm: “Coming to Palm Springs is not a bad invitation.”

Even more gratifying than seeing such a varied slate of international and independent films is seeing society members enjoy them.

“I sit in the last row and when they walk out, they smile at me and say, ‘Thank you,’” Fromm says. “I got an email recently from a member who said, ‘I’ve been a member for like 15 years, and every movie I see, I think it’s the best movie I saw in my life.’”