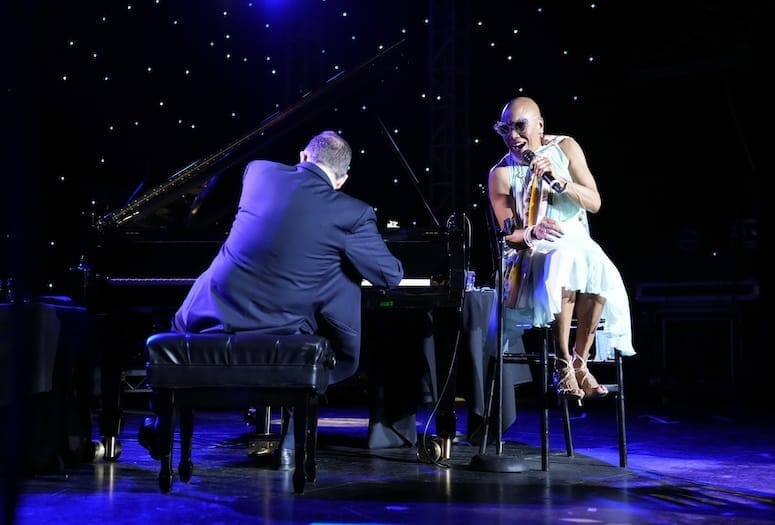 “I don’t talk much,” Dee Dee Bridgewater confided to her audience at the Plaza Theatre in Palm Springs. “Everything is in the music.”

Bridgewater appeared as part of the Oasis Music Festival partnership with the Palm Springs International Jazz festival, an event that producer Michael Sullivan calls a celebration of “America’s music.”

A three-time Grammy winner and a United Nations Goodwill Ambassador, Bridgewater grew up in Flint, Michigan, listening to her father play jazz trumpet. She began performing professionally at 16 and went on to collaborate with jazz greats such as Dizzy Gillespie and Ray Charles and pick up a Tony Award for her 1974 appearance as Glinda in The Wiz. 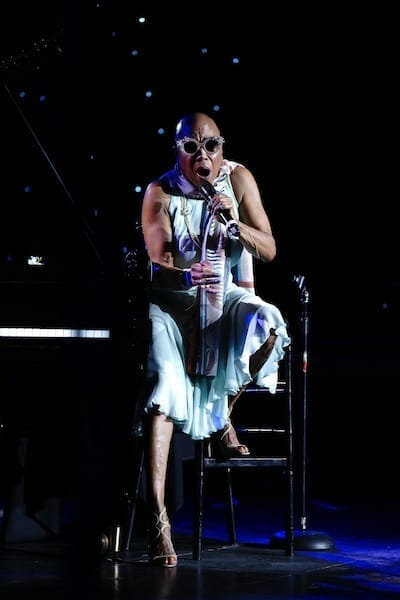 The vocalist shared the Plaza Theatre stage with jazz pianist Bill Charlap. The bond between the longtime friends was palpable — Bridgewater and Charlap spent much of the show locking eyes as Charlap followed Bridgewater’s playful improvisations.

She extended jazz standbys such as Duke Ellington’s “Mood Indigo” and Billy Strayhorn’s “Lush Life” with joyous interludes of vibrant scat singing. She drew chuckles from the audience as her voice soared across octaves, from Disney-princess high notes to gravelly low tones. 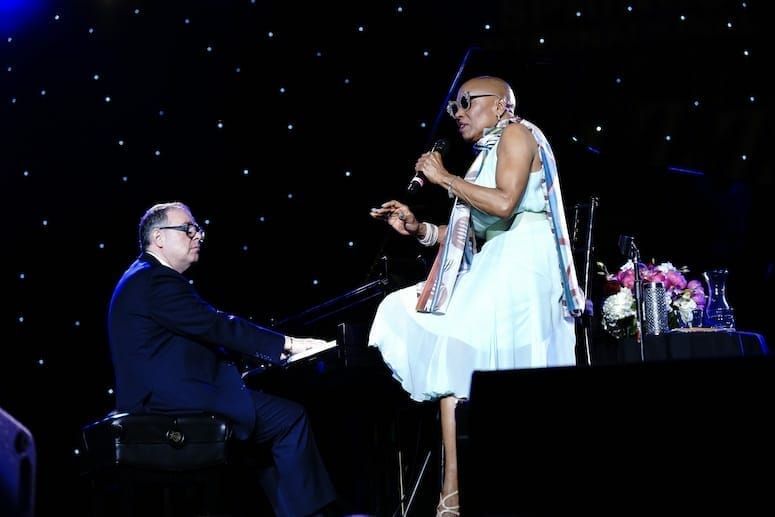 The pair’s penultimate song showcased their talent for off-the-cuff duets. Bridgewater embarked upon three-and-a-half minutes of fast-paced scatting while Charlap’s fingers raced over the keys, matching Bridgewater note for note.

The duo were hand in hand exiting the stage before returning for an affecting rendition of Jimmy Van Heusen and Johnny Burke’s “Here’s That Rainy Day.” In the silence before Bridgewater and Charlap began their encore, a voice in the crowd bellowed, “We love you!”

Bridgewater flashed her infectious grin. “And we,” she said, “love you.”