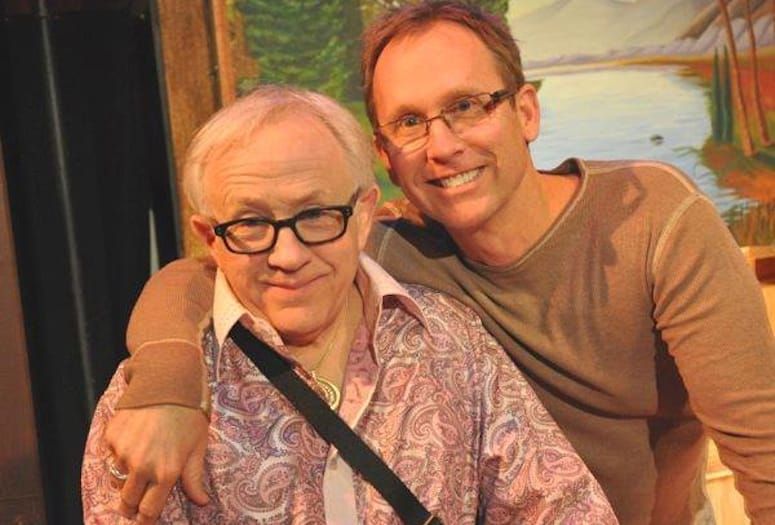 A few years back, Del Shores was emerging from what he refers to as a “dark period,” and the accomplished actor, playwright, television and film producer found himself touring 39 cities with his show,  Del Shores…My Sordid Life.

The production’s title referenced his wildly successful Sordid Lives franchise, which had been embroiled in a legal suit. His friend, actress and comedian Caroline Rhea, saw Shores' show and asked him to open up for some of her gigs using some of the humorous pieces from the act.

“At first it was scary. Now I don’t have any fear. I love stepping on stage,” he says. His comedic turn took off, and he reflects, “I always say, sometimes a dark period in your life turns out to have a bright light at the end of it.”

Shores will play the Purple Room Restaurant and Stage on Nov. 21 to mark the four-year anniversary of what he’s coined, “The Departure”.  November 21 marks the day he began life again as a single guy. “People relate to this show," he says. “Bad breakups happen to so many people.  I’m making fun of myself but people can go “oh yeah, I have a story for you!’

It’s been a fun ride for Shores, who says humbly, “I feel like what I really am is just a storyteller so whether verbally or script and shoot it or a play form…I’m telling stories.”

• Daddy’s Dyin’—Who’s Got the Will: the tale of eccentric siblings bickering while their father is at his deathbed

• Sordid Lives: a colorful look at a Southern family coming together to prepare for the funeral of the family matriarch

“My works have always had an element of comedy that has a message and hopefully touches a heart,” he says.

Shores is currently touring with his new hit, Del Shores: SINgularly Sordid, which is geared to what he says is “a little more stand up than theatre, more club-oriented.”

SINgularly Sordid touches upon Shore’s more playful side and he says it is “ a little more self-deprecating” with personal material that resonates with the crowd.

As a single and as, he calls himself, a “minor gay celebrity,” Shores incorporates the sometimes silliness of dating into his act. One of his favorite bits is “Five Bad Dates with Dell…about the horrendous things that happened on dates.”