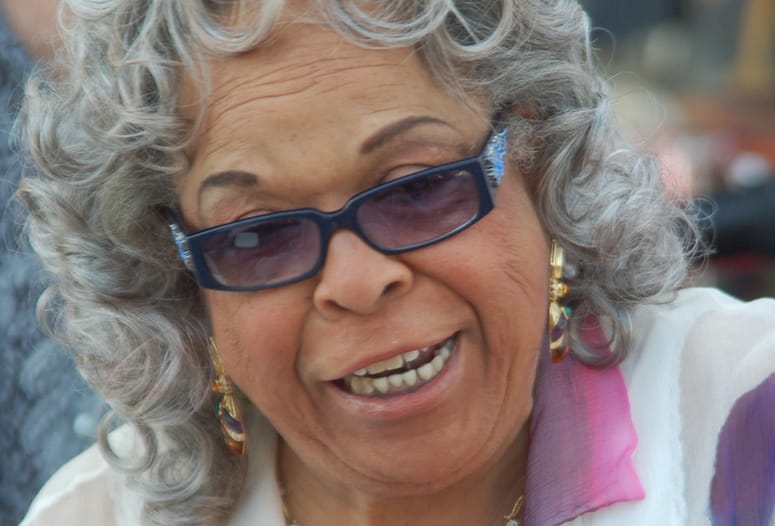 When Della Reese travels or is recognized out and about, many people approach the Touched by an Angel star to share their experiences about how the show “touched” them.

“Television was ready for us," Reese says. "We had an effect on people and they were touched by the stories in a very personal way. Roma Downey, and I are family. The Touched by an Angel cast, crew, writers…we were part of a family. That’s why we reached so many people. It wasn’t about show business, but about honoring God.”

God seems to have had a hand in Reese’s celebrated life from a very early age when she began singing in the in the Baptist church choir in her hometown of Detroit.

“I believe that God chose me to be me," she says. "I didn’t have the greatest training. I had no song lessons, no musical training, no wonderful schooling…I had none of that but God kept putting me in places that were a step up. God has been good to me. He chose me to live this life. I’ve tried to be what He wants me to be. True, loving, kind, available, interested and interesting.”

Reese will receive the 384th Golden Palm Star on the Palm Springs Walk of Stars on April 26. Friends and family of the singer and actress will join her at the ceremony including Roma Downey, Diane Ladd, and Lindsay Wagner.

Among Reese's accomplishments are:

• She’s won an Emmy Award and a Golden Globe.

• She was the first woman to guest host the Tonight Show with Johnny Carson.

• She was the first black woman to host her own variety show, the syndicated Della.

Reese’s fascinating career as an accomplished singer, author, actress and spiritual minister has inspired many fans across multi-generations; yet, the now, 83 year old is humble about her numerous accomplishments.

“My prize possession is the love that people have been giving me since I was six years old when I started singing professionally… people gave me love and they appreciated me and spoke up for me,” Reese says.