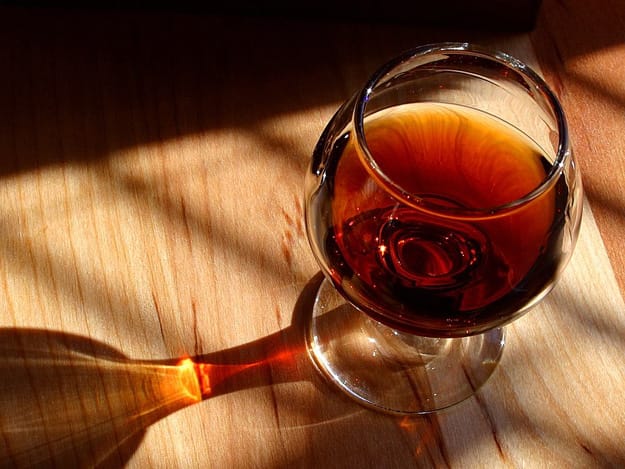 Port — wine fortified with brandy — typically conjures up an image of a debonair Alastair Cooke wearing a smoking jacket and holding a pipe while introducing Masterpiece Theatre from the seat of a wing chair. It conveys an air of sophistication — and a bit of mystery.

Perhaps it’s the esoteric-sounding names of Port grapes (touriga nacional, tinta franca, tinta cao, tinta rouriz, and tinta baroca being the primary varietals used in Portugal). Fortunately, you need not familiarize yourself with the grapes to select a Port. In fact, Ports are typically blends, and the labels don’t even mention the grapes. However, there are distinctions that can be determined from the labels.

Ruby Ports are aged less than six years in casks. According to Paul Mugnier of Premium Port Wines in San Francisco, reserve-level ruby Ports reflect the style of each brand. “They are the calling card of the specific Port house,” he says.

Vintage Ports are aged in casks two years and then bottled. They need 10 to 15 years of age, but may be cellared for decades. They are made only in the best harvest years.

Late-bottled vintage Ports also are made from grapes harvested in a single year, but are aged four to six years before bottling. They require less aging than vintage Port, but will improve some with moderate aging.

Tawny Ports are aged at least six years in casks before being bottled. In Portugal, they can be labeled only as 10, 20, 30 and 40 years old, with the number of years referring to the average age of wines in the blend. In the United States, any number may be used on the label, but it must refer to the age of the youngest wine used.

Colheitas are tawny Ports made from a single vintage, but cannot be labeled as vintage because they age for a minimum of seven years in wood.

Very few white Ports come into the U.S. market. “It’s primarily consumed in Portugal and then on the European continent,” Mugnier says. “The vast majority are aged two to three years. They are very young; the idea is to have them be bright.”

The Portuguese drink Port in the after-noon, before dinner, and after dinner. “Americans tend to drink Port solely after dinner as a dessert wine,” Mugnier says. While Americans have historically leaned toward ruby Ports, their consumption of tawny Ports is growing. “Ten to 15 years ago, we sold maybe one in 10 bottles of aged tawny, and now it’s four in 10,” Mugnier says.

The change began when 1994 vintage Ports were released in 1996 and garnered a lot of press. “It caused a buying frenzy,” Mugnier says, but that led to a dramatic rise in price. Restaurants turned to 20-year tawny Ports. When Americans went to buy a bottle in a retail store, they discovered the price of a tawny Port was around $60, so they “traded down” to a 10-year tawny for about $35.

Colheitas also are growing in popularity, though slower than late-bottled vintage and tawny Ports. “The quantity that’s made is very, very tiny,” Mugnier explains. “We make five barrels at a time at Dow’s [a Douro Valley Port house].” That equates, he says, to “305 cases for the world.” Dow’s does not make colheita every year. As the winemakers taste and select wines that go into blends, they occasionally come across barrels that stand out. “They are really complete,” Mugnier says. “You can’t design it.” Those five-barrel lots are set aside to make colheita.

Flickin’s flagship wine, Old Vine Tinta, is “a ruby with tawny character” from the winery’s solera system. “It’s a traditional fractional blending system,” Ficklin explains. “We have a series of barrels that were filled in 1948. Every time we bottle some of that wine, we refill the barrels with younger wine — three to four years old.” Like sourdough bread that builds upon an initial starter, every bottle of Old Vine Tinta contains elements of 40- to 50-year-old wine. “The younger wines develop the plummy, jammy fruit. The older wines provide fullness, depth, maturity, and softness,” Ficklin says. The solera system uses 50-gallon American oak barrels, as well as puncheons and sherry butt casks that hold 120 to 250 gallons and Port pipes originally used in barges that carried wines down Portugal’s Douro River.

No smoking jacket is required to enjoy Port with dessert. Serving Oreos? Mugnier suggests pairing the everyday treat with a reserve-level ruby such as Graham’s Six Grapes. Just don’t dunk the cookies.