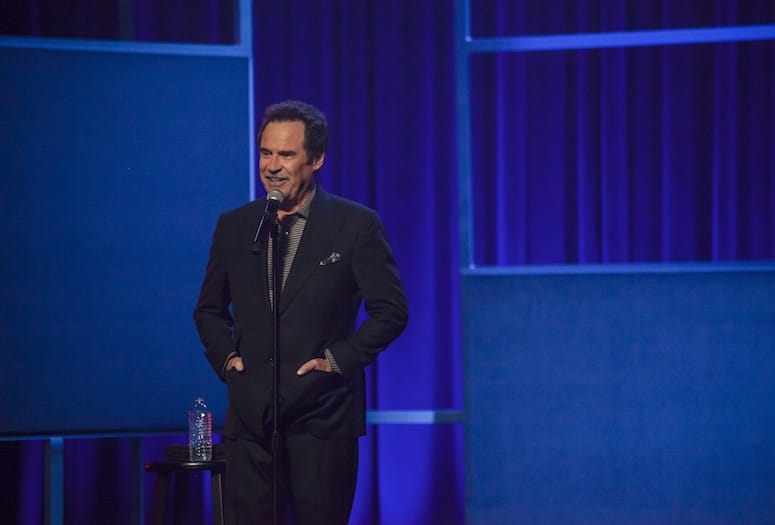 Tune down some of the cultural noise and you’re reminded that Dennis Miller remains one of the more cerebral and astute stand-up personas of our time, a comedian who continues to hold his own in an era that has, for better or worse, become stunningly reactionary.

Miller, whose celebrity soared in the 1980s thanks to his “Weekend Update” gig on Saturday Night Live, found remarkable comedic footing with his critically acclaimed half-hour talk show Dennis Miller Live on HBO — the show ran for nine seasons and Miller nabbed five Emmys. Four best-selling books were scattered into the mix and he also worked as a sports commentator and became a regular contributor on The O’Reilly Factor.

Now heard on his twice-weekly podcast, “The Dennis Miller Option,” available for streaming on podcastone.com, the 64-year-old comic has been both celebrated and challenged for having expressed his conservative viewpoints. Regardless, he hopes to inspire — and surprise — audiences when his show hits Morongo Casino Resort & Spa on Nov. 2.

Greatly influenced by the likes of Jonathan Winters, the Bing Crosby–Bob Hope “Road” pictures, and comedians Richard Belzer and Jay Leno, Miller deconstructs his current path — and the culture’s — with Palm Springs Life.

What can we expect with your show?

That it’s going to be funny. I’m not up there with the sturm and drang tour. (…a saying for storm and stress). It’s 60 percent not politics, and even the political stuff is funny.

I don’t hate Trump as some comedians do, and I fear that sturm and drang is going to catch up to us comedians if we’re not careful. We are comedians and at the end of the day, I think we overthink it that we are influencing any sort of opinion in the country. [Laughs] You are, at some point, proudly, a jester.

Times are interesting. We seem to be living in a more reactionary time, wouldn’t you say?

Technology has made it happen at warp speed. Remember when you used to drive in the car and have quasi-anonymity, something with separation from the other person. And then windows became tinted. You could literally drive around and flip the bird or mouth things to people and nobody would see in your car. It’s become like driving by that factor again. 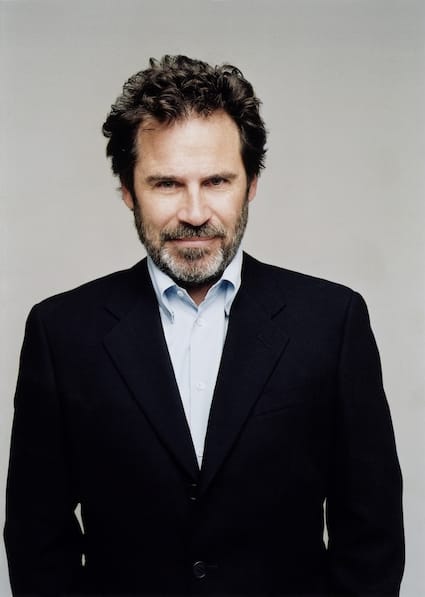 You don’t shy away from sharing conservative viewpoints. Is that challenging? Especially now?

It is. But if you decide to go on [Twitter], it can be a brutal place. You should learn how to navigate yourself out. If something goes up and it’s controversial, don’t read it. If you don’t read those comments [on Twitter] you can’t get hurt by them.

It’s that simple then?

This is one instance where we need to go: “You’ve put up what you want. You’ve participated in this conversation to the extent that you want to. Now, let them do their thing.” I think I’m getting better at it.

Do you get flack for supporting the president?

Obviously the president is the litmus test. I find days that when he does good things for the country, that I am happy for him. I find other days where he might say something like, “They only had one beer,” and I think, that’s a stupid play. At least I feel that when I do eviscerate him, it has some legitimacy. Because there are other days when people are eviscerating him scattershot.

Downtime is good. I hear you travel more now.

I’m going to India for the first time next year. And Sri Lanka. Not that long ago, I went to Bhutan in the Himalayas. I led such a quiet life as far as adventure goes. I was always seen in North Hollywood in a room lit by fluorescent lights writing jokes that would allow me, one day, to get on planes like Jimmy Stewart and go to magical places. I finally reached that point on the flow chart.

Anything remarkable stand out from that Himalayas experience?

I didn’t get all mystical, but I had a cool moment. We visited a place called the Tiger’s Lair, a monastery around 13,000 feet up, which hangs off the side of the rock. There was a little kid there — literally, one of those golden children, a monk in training.

Sounds über spiritual to me.

He prays every day and will become the next main monk. I looked at the kid and thought, Wow, I wonder how living up here works on the kid part of him? And then I looked down at him and smiled. And he smiled back, opened his mouth and flashed his teeth — he had on the biggest set of wax vampire fangs. He laughed and laughed, and scurried down the hall. I thought, My God, he could be the next holy guy but that kid is still in there, just playing a practical joke. That was my illuminative moment up there.

Some of the best advice you can impart right now?

I think we are going through a period where we are overplaying with a new toy, and like any new toy, somewhere down the road will come back and become a good communicative tool again.

“At least I feel that when I do eviscerate him (Donald Trump), it has some legitimacy. Because there are other days when people are eviscerating him scattershot.”Dennis Miller

Things will balance out?

Yes. I always say about Twitter: We have lives less lived but more chronicled. And I would like to live a life as opposed to chronicle it. I would encourage people to immerse themselves more in the actual moment than chronicling the moment so you could remember it later.

And Nov. 6, see the premiere of Dennis Miller’s latest stand-up special: Fake News – Real Jokes, which will be released via the Comedy Dynamics Network.