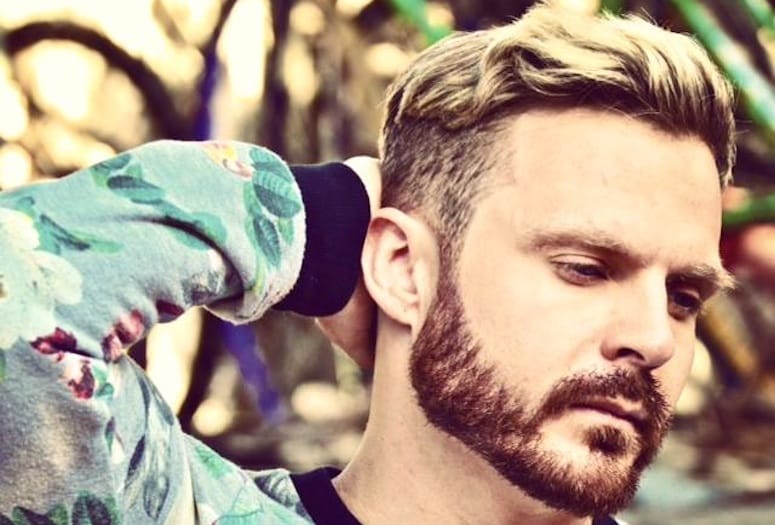 He found a message.

In a conversation with Desert AIDS Project Board of Director and Steve Chase Awards co-chair Jim Casey two years ago, Neilson, best known as a finalist on the UK version of The X Factor, expressed his interest in doing more for the Palm Springs organization.

“I thought it was such a great event and the work they do is amazing,” Neilson says. “This inspired me to instead of writing songs without a reason behind them, I wanted to have a message; so I wrote the single ‘All Equal on the Dance Floor’.”

Cameron’s creative efforts will come full circle when he performs his new Perry Twins-produced dance single for a live audience July 25 at the Mid-summer Dance Party at The Ace Hotel & Swim Club in Palm Springs. The evening benefits DAP.

“I wanted to have more substance behind the performance rather than just sing at another event, so that was the whole idea behind the project,” Nielson says.

Cameron has practically adopted Palm Springs as his second home after friends introduced him.  He had just finished a 14-month stint on roller-skates in the rock musical Starlight Express, and closed a travel window with six weeks in Los Angeles.

“A couple of friends took me to Palm Springs for the first time and it was very different than Scotland… lovely pools, the atmosphere, and the mountains,” he says. “I immediately fell in love with it.”

In addition to Cameron offering to perform at this weekend’s Midsummer Dance Party, proceeds from his new dance single will also go to DAP to help support their ongoing AIDS services and related programs. Deejays All Night Shoes and Femme A will spin throughout the night.