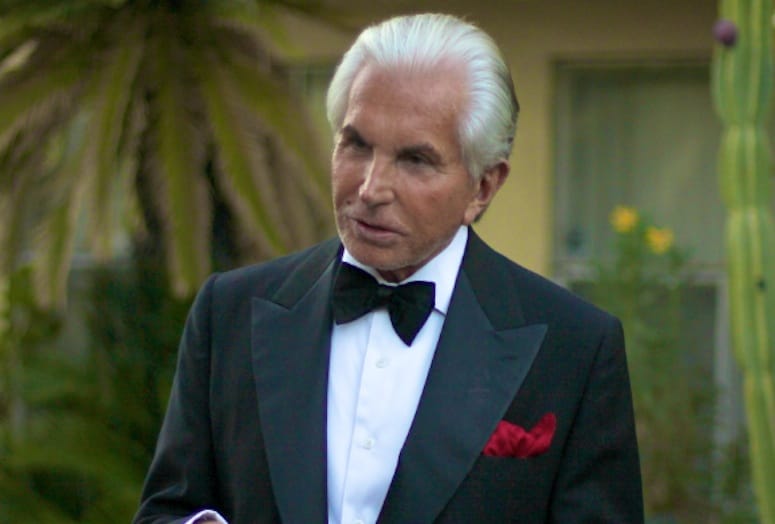 Hamilton’s sunny disposition, good looks, and debonair demeanor embody the essence of Palm Springs. It’s no surprise that the famously tanned actor has quite a history in our desert domain.

Hamilton, who lives in Los Angeles, says he often “comes down on weekends” to enjoy the desert. From his early days frequenting The Racquet Club and Las Palmas area, to his tenure as a full-time Palm Springs resident, Hamilton says fondly, “I always come back to Palm Springs.”

Hamilton will be in town again for the opening of the film Silver Skies Oct. 14 at the Tristone Palm Desert 10 Cinemas (formerly Cinema Palme d’Or) and Oct. 15 at Camelot Theatres in Palm Springs.

The movie tells the story of a group of seniors whose friendship triumphs over folly, giving a glimpse of the challenges people face as they age, including health and housing issues, elder abuse, and Alzheimer’s. 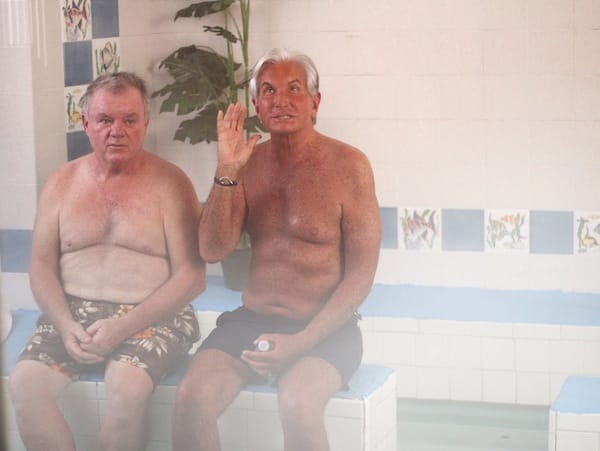 Jack McGee (left) and George Hamilton from a scene in Silver Skies.

Hamilton plays Phil, a former working-class assistant to Dean Martin during his Hollywood years. Phil loves the ladies and the leisure lifestyle, but suffers from the onset of Alzheimer’s; sometimes, he thinks he is Dean Martin.

“My character is, kind of carefully, not aware of his situation,” Hamilton says. “He has a carefree quality and kind of loses himself in Dean Martin. I loved playing this character. I think I added a sense of humor. Instead of playing into the sense of tragedy, I played against it and I think it works.

“Humor provided levity in the film. Rosemary [Rodriguez, director and writer] guided me through it … she wouldn’t let me go too far one way or another,” he adds. “ I think that’s the interesting challenge to the character. You are dancing on a [razor’s edge] with sympathy and compassionate humor.” 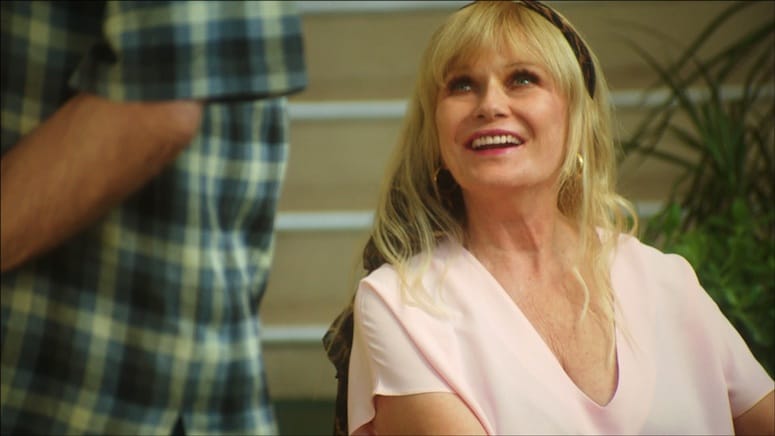 Valerie Perrine is part of the veteran cast.

Silver Skies has won numerous film festival awards, but this will be its theater debut in the valley. Hamilton will be part of a question-and-answer session following both screenings, joined by Rodriguez and Executive Producer Nestor Rodriguez.

The film will continue to screen at both Camelot Theatres and Tristone Palm Desert after this weekend.