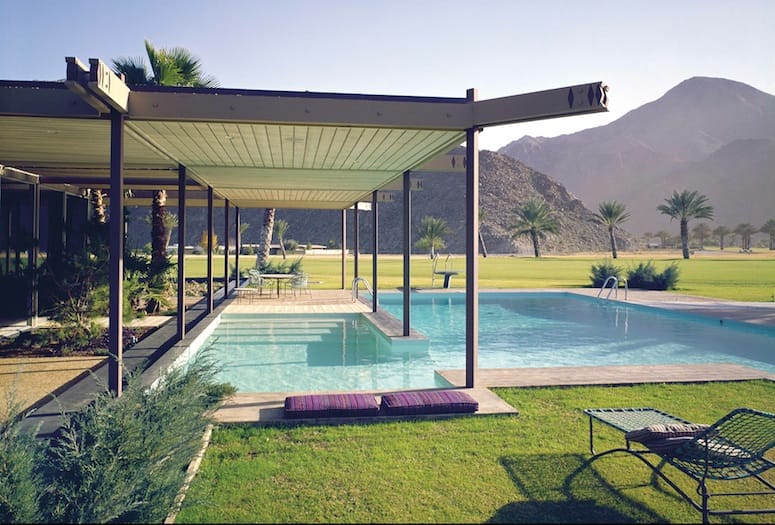 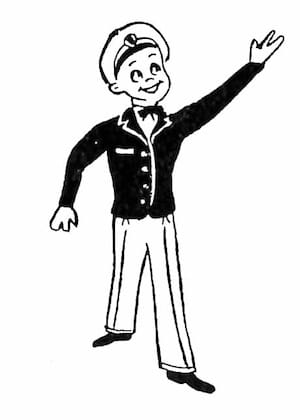 “There are two deserts,” Randall Henderson wrote in 1937 for his first Desert Magazine letter from the editor. “One is a grim, desolate wasteland. It is the home of venomous reptiles and stinging insects, of vicious thorn-covered plants and trees, and of unbearable heat. This is the desert seen by the stranger speeding along the highway, impatient to be out of ‘this damnable country.’ ” But the uninitiated only see the mask, he insisted.

“The other desert — the real desert — is not for the eyes of the superficial observer, of the fearful soul or the cynic. It is a land, the character of which is hidden except to those who come with friendliness and understanding.”

Henderson’s second desert is what the dreamers saw: Pastel sunrises and nights studded with stars, an arid landscape hardy enough to sustain even the most prickly things, and wide-open spaces in which to breathe, inspire, and create. Here are some of their stories. 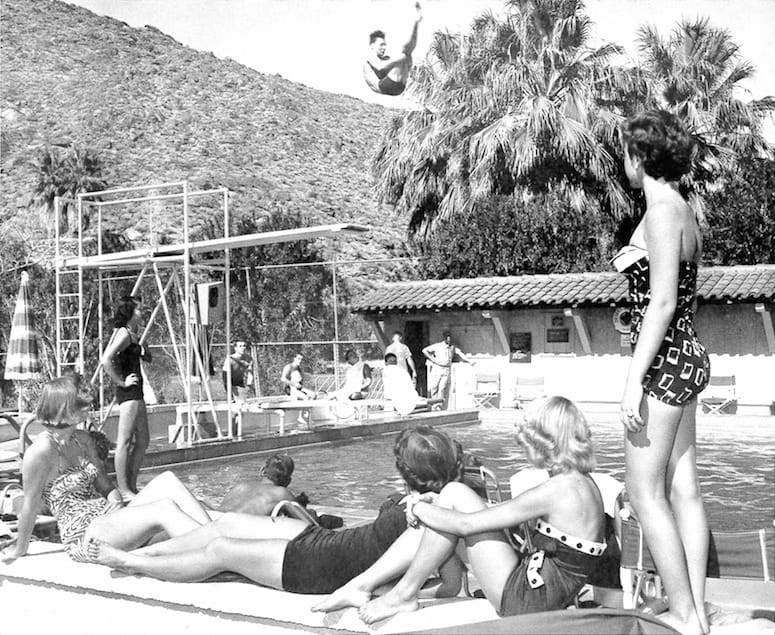 Before agriculture came to the valley, there was salt — and San Francisco businessman George Durbrow set his sights on harvesting the precious mineral, a necessity in the era before refrigeration.

Durbrow analyzed the salt at the bottom of the Salton Sink (the dry basin that existed before it became the Salton Sea) and learned it was remarkably pure. 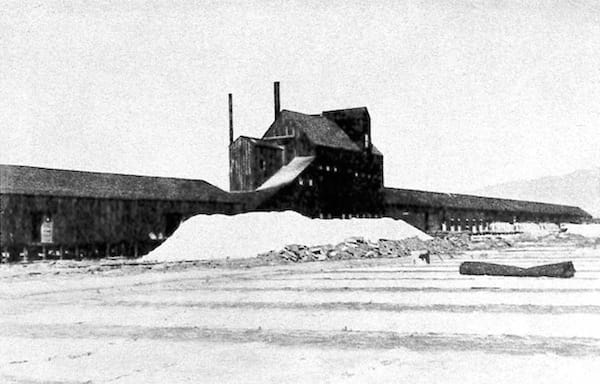 That meant his salt business wouldn’t require most of the traditional equipment found in a saltworks operation; he’d only need machines for grinding and bagging the mineral.

In 1884, Durbrow launched commercial operations on more than 1,000 acres of Salton Sink rock salt, which were among the largest deposits in the country. Cahuilla Indians provided the labor force, harvesting as much as 700 tons per day and shipping it to markets all over the country via the Southern Pacific Railway.

When the Colorado River flooded the Salton Sink in 1905, the salt refinery was lost forever to the rising sea. One year later, Durbrow’s home and real estate holdings in Northern California were lost in the San Francisco earthquake, ruining him financially. But Durbrow did leave a lasting mark on the Coachella Valley that had nothing to do with salt — he planted the first Thompson seedless grapes, now our area’s largest crop.

William Francis Cody, Ohio-born, but raised and educated in Southern California, did more to personally shape and influence the look of Palm Springs than any single person. In 1945, when he was just 29 and already on his way to a successful career as an architect in California, he was retained to make some improvements to Nellie Coffman’s Desert Inn. The landscape captivated and inspired him. He also saw incredible potential. Though the entire state was a boomtown for architects during postwar years, the Palm Springs area had an advantage in its very wealthy part-time residents. In 1948, the newly credentialed architect hung his shingle here. 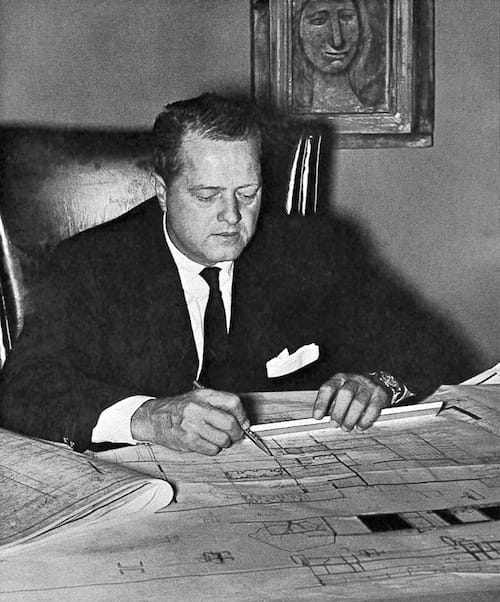 His prediction about the amount of business that would come his way proved prophetic. First, it was the Del Marcos Hotel, then Thunderbird Country Club, and the commissions just kept coming … For a while, there wasn’t a single interesting residential or recreational building that Cody didn’t touch. And it wasn’t just any touch. While it’s difficult to pin a particular style on Cody (his contemporaries in the desert such as Richard Neutra or Albert Frey could never be confused with any other architect), he brought a bright, optimistic insight to local architecture that influenced desert modernists such as Donald Wexler. As E. Stewart Williams famously said of him, “Bill Cody brought Fifth Avenue to the desert.”

The conversion of the Thunderbird Dude Ranch to the sophisticated Thunderbird Country Club generated commissions such as Tamarisk Country Club, the Racquet Club, the Tennis Club, the Seven Lakes Clubhouse, and Eldorado in Indian Wells. He spent a decade making improvements to the Spa Hotel in Palm Springs and is cited by the American Institute of Architects for significant buildings in Palm Springs, Phoenix, and Beverly Hills. The Palm Springs Library, L’Horizon Hotel, The Spa Hotel, and St. Theresa Catholic Church still stand as extraordinary examples of his art.

A Cody exhibit last year at A + D Architecture and Design Museum in Los Angeles presented the most important architect to practice in the desert — one that many in the general public had never heard of. His daughter, Cathy, also an architect, said of the exhibit, “The show reintroduces my father to the public and allows them to see what he was contributing. He was revered by other architects, but I don’t think his work was widely celebrated when he was alive.”

Luckily, as aficionados and the general public increase their knowledge of desert modernism, the Cody legacy lives on. 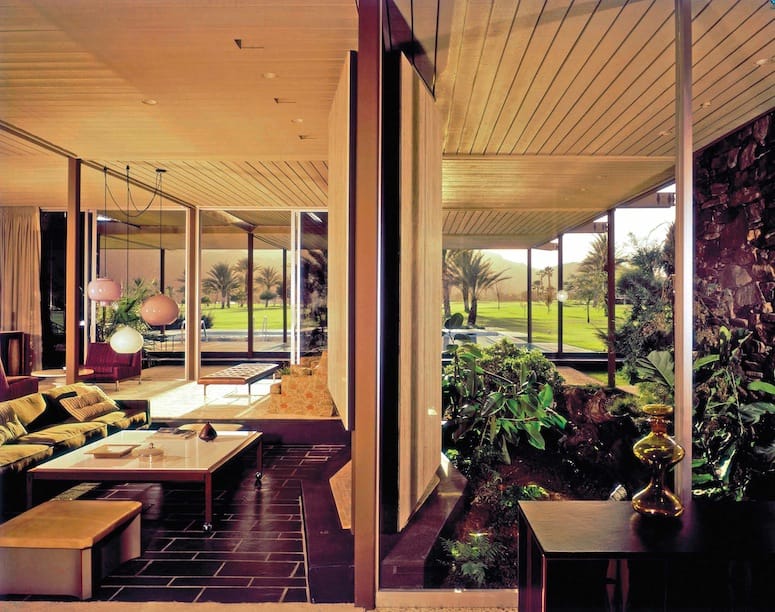 The Mother of Palm Springs

A severe sandstorm rolled into Palm Springs on the same day as Nellie Coffman. Little did the storm know that Coffman would do more to shake up the town.

When she arrived in 1908, Palm Springs didn’t have telephones or electricity. There were few roads. It didn’t matter to the Indiana-born Coffman. She immediately fell in love with the solitude, the space, and the stillness. She breathed easier here too — literally — as the dry climate helped clear her persistent cough. 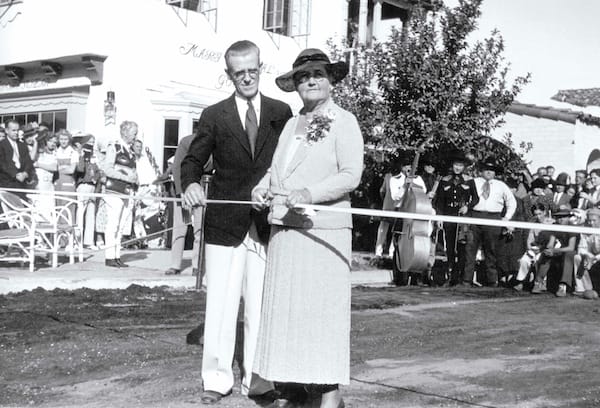 One year later, Coffman and her physician husband opened the Desert Inn, a sanatorium for those suffering from tuberculosis and respiratory illnesses. At first, guests stayed in tent houses, but these were eventually replaced with wooden bungalows as the inn grew.

Coffman was convinced that if people could be made comfortable in the desert, they would vacation here, just as they traveled to the mountains or the sea. So that’s just what she did. Coffman set high standards for the business and made her guests feel special and welcome. The food she served was thoughtfully prepared, the lodgings were clean and comfortable, and the hospitality was incomparable. The Desert Inn quickly gained a reputation as a destination.

Her husband, however, didn’t share the same vision to transform the sanatorium into a fine hotel for the healthy. The couple divorced in 1917.

By the 1940s, Coffman’s dream had been realized. Her hotel boasted a 35-acre garden and the first swimming pool in the desert; she oversaw more than 200 employees; and the place flourished, attracting celebrities and wealthy tourists. Among the notables who stayed at the inn were Shirley Temple, J. Edgar Hoover, Irving Berlin, and Ernie Pyle.

Coffman died in 1950 and the hotel was sold, then razed in 1966. Nevertheless, the area still benefits from her dreams. Coffman made sure Palm Canyon Drive became the village’s main street. She led the charge to bring a natural gas line to Palm Springs in 1929. She also supported the efforts to incorporate Palm Springs as a municipality in 1938. And the tourism she worked hard to cultivate continues to bloom.

In 1935 two men were riding from Banning on their way to Palm Springs. The temperature was over 100 degrees that day and air- conditioning in automobiles was still a dream for the future. The driver was Carl Barkow, the publisher of The Desert Sun. His passenger was a young engineer from Colorado named Francis Crocker. Crocker could not take his eyes off the San Jacinto Mountains as they drove. Finally, he turned to Barkow and remarked, “Wouldn’t it be wonderful to go up there and cool off?” 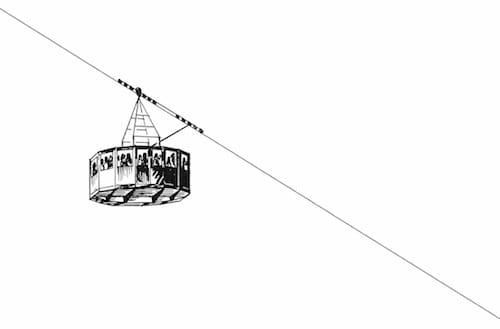 An early sketch of the revolving tramway car.

It would take nearly 30 years, but on Sept. 14, 1963, the Palm Springs Aerial Tramway celebrated its grand opening. And Crocker was there to see his once wistful dream come true.

Crocker, the onetime manager of the Palm Springs office of the California Electric Power Company, got to talking to his friend, Earl Coffman, then co-manager of the Desert Inn. Palm Springs was still a dusty little village when Crocker arrived to manage the area’s electrical needs, but together with his energetic friends, he began lobbying intensely for a project he believed would bring renown and prosperity to the valley. Extensive funds ($2,400 went a long way back then) were raised to hire a firm that would complete a feasibility study of the tramway project. Though the study was successfully completed, World War II interrupted any implementation until 1945.

After the war, momentum to get the tram off the ground picked up speed, though opposition came from conservationists and other parties who threatened to derail Crocker’s idea. The Korean War created more delay and it wasn’t until 1961 that a bond was passed and work began. Famously, a Swiss company claimed the project would take four years and cost at least three lives. A construction firm from San Gabriel got it done in two and didn’t lose a soul. When it was completed, the first tram car could travel from its Albert Frey–designed tram station at 2,643 feet elevation to reach its destination at 8,516 feet in just 12-and-a-half minutes.

Today, the station boasts the world’s largest rotating tram cars. Installed in 2000, eight years after Crocker’s death, the two cars each carry 80 passengers and can make the ascent in approximately 10 minutes.

One man who never tired of the ride was Crocker.

You could say that Palm Desert was hatched at a campfire under the stars, far from any place easily found on a map.

In 1930, Randall Henderson was an editor at a newspaper in Calexico, California, when he began accompanying one of his writers on weekend journeys into the desert. Around the fire each night, the men discussed the people they had met, the places they had seen, and the unique desert stories they had heard from other travelers.

What if, Henderson wondered, we gave readers a magazine full of those extraordinary stories? It could change the prevailing notion of the desert as a desolate wasteland. It could showcase the desert’s brilliant blue skies, delicate landscapes, clean air, and kind people.

In fall 1936, he published the first issue of Desert Magazine — the only article was Henderson’s “There Are Two Deserts.” He spent the next few years growing the publication and eventually made a profit.

Another Henderson boy, with his head literally in the clouds, was Randall’s brother, aviator Cliff Henderson. Once dubbed the “Barnum of Aviation” for his famous air races, Cliff eventually ended up in Los Angeles, where in 1935 he and another Henderson brother, Phillip, built the Pan-Pacific Auditorium, then the region’s largest indoor venue.

With Phillip running the family real estate business in Los Angeles, Cliff served during World War II as air commissioner in Dakar, Senegal, and Randall served in the Army Air Corps in North Africa. It was there Randall planned the future of Desert Magazine, at his isolated outpost. In a lightbulb moment, he realized the publication needed to be based in a location that represented its editorial vision, a place of potential.

Palm Desert was hatched at a campfire
under the stars.

After Randall returned home from overseas in 1944, he found the perfect locale to start his desert publishing empire — a cove at the base of the Santa Rosa Mountains. From the beginning, it was a Henderson family undertaking. Though brother Phil died young, before the dream of Palm Desert could be realized, the rest pursued their collective vision to found this new desert city.

Originally the land was known as Old MacDonald Ranch, though with the planting of some date palms, a small community known as Palm Village grew adjacent to Highway 111. Quietly, the brothers bought up 1,600 acres and in 1948 launched their new desert city with a real estate store and a building to house Desert Magazine and its employees. With the ultimate promoter and developer in Cliff (it helped that his wife, Marian Marsh, was a glamorous former Hollywood actress) and an architect and planner in brother-in-law Tommy Tomson, the town was well-enough established in three years to acquire its permanent name. The vision for a tiny outpost in the empty desert expanded into a thriving town with modern resorts, breathtaking developments, and luxury retailers.

Though Desert Magazine ceased publication in 1985, the town it inspired still carries part of the magazine in its name — Palm Desert.