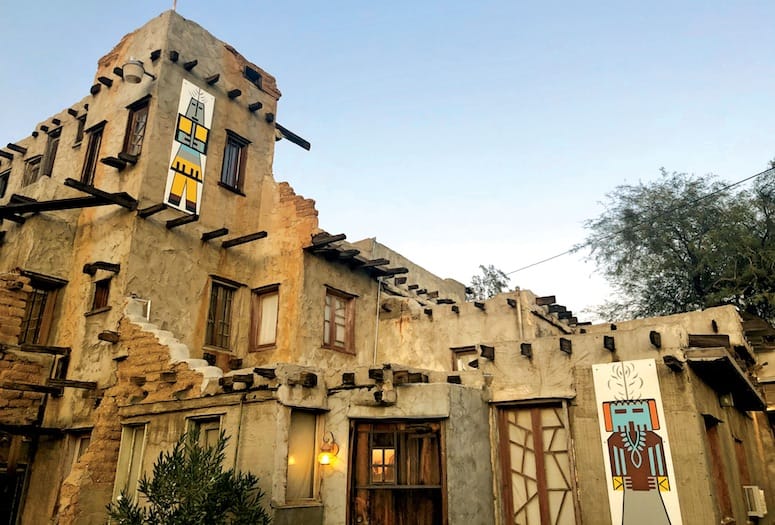 Cabot’s Pueblo Museum was the home of Cabot Yerxa a settler who hand-dug two wells on his 160-acre homestead.
PHOTOGRAPHS BY THE CITY OF DESERT HOT SPRINGS

Cabot Yerxa would be proud. Desert Hot Springs has so magnificently blossomed since 1914, when the early settler hand-dug two wells on his 160-acre homestead, discovered twin natural aquifers — one hot, one cold — and flooded his Miracle Hill and the entire city with opportunity.

Of course, some things thankfully never change, such as the natural beauty of regal mountains and breathtaking valley views that serve as magnets to tourists and residents longing to hike, bike, or bask in the still-bubbling healing waters of some three dozen spas.

But it’s the ever-increasing vigor of commerce — spearheaded by the cannabis industry — that has exponentially improved quality of life here. In fact, so sturdy and sundry is the City’s economy that it will be able to withstand the effects of the pandemic as well — if not much better — than any other desert hamlet.

In the last few years, more than two million square feet of open space have been approved for business development here. To attract industry, the City hired a full-time economic development manager in 2019, and also brought on a permanent building official to steward the execution of new projects.

Earlier this year, an independent audit classified Desert Hot Springs’ Building and Planning Department as Class 2, a rating high above county, state, and national averages in nearly all categories. 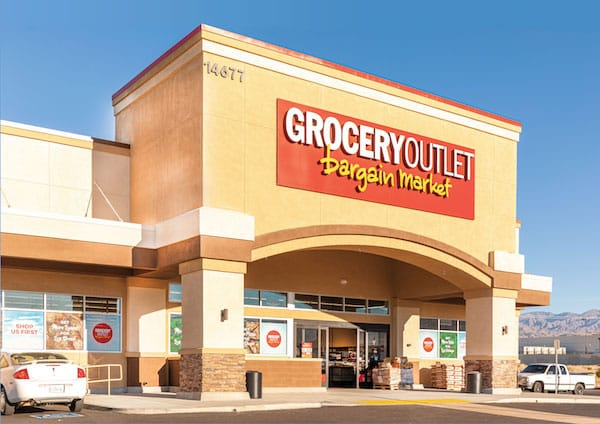 Having recently completed its general plan, the City also received Housing Element Certification last August, allowing it to apply for additional state grants sure to spark growth. Finally, the City’s recent stellar A+ rating from S&P Global — which was literally at zero just 24 months ago — will further spur future evolution.
Bringing all this new trade to Desert Hot Springs has not only made it more fiscally resilient, it has amplified employment prospects. Before COVID-19 reared its disastrous head, the City’s unemployment rate was 5.6%, a drop of 40% from the 2016 high.

The decision made by 70% of residents to approve bringing cannabis to the City has yielded thousands of jobs and millions of dollars. In this sector alone, more than 2,300 openings have been created by the 59 businesses that chose to put down their roots in Desert Hot Springs. These licensed enterprises include eight devoted solely to cultivation; one to manufacturing; one to cultivation and distribution; four to cultivation, distribution, and manufacturing, and 10 to retail operations. There are 21 additional cannabis operations performing with temporary licenses.

In fiscal year 2019-2020, Desert Hot Springs brought in more than $4.3 million in cannabis taxes, a swelling of nearly 525% from the first year weed legally established itself in the city. Civic reserves currently total more than $11 million. As such, the California State Auditor recently declared Desert Hot Springs one of the most financially hale cities in the entire state. With all due respect, by comparison, Palm Springs rated in the bottom 50.

If you build it,
they will come

While the new Quick Quack Car Wash and Taco Bell that began the venture renaissance here are still going full throttle, a Grocery Outlet recently unveiled in the midst of the pandemic has joined them. All three employ a majority-local workforce. Earlier this spring, Royal Emerald Pharmaceuticals — a massive research and development facility destined to provide treatment to veterans suffering from PTSD — broke ground. Relocating from San Diego to Desert Hot Springs, its owner envisions an eventual partnership with a VA hospital. 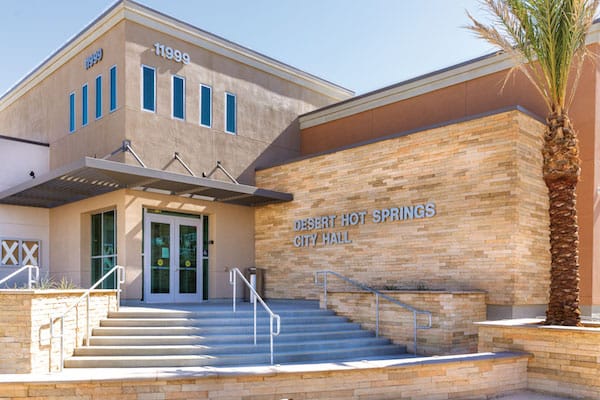 The City’s unique inns and spas — so long a backbone of the local market — continue to garner worldwide acclaim. In the fall of last year, Desert Hot Springs hosted a conference of spa owners, and forward-thinking hoteliers flocking to town to open new properties that will cater to the snowballing onslaught of tourists. Even the world-famous Two Bunch Palms Resort is building additional treatment rooms planned to debut in 2021.
A new food truck ordinance will permit those new endeavors to serve visitors and residents alike.

It’s not just travelers who are gravitating to Desert Hot Springs. Home sales are up 5% in the City — a near best in the valley — and to handle the influx of new full-time owners, more than 500 homes have been built or are in the process of being completed.

Part of the appeal is surely that safety is up and crime is down for the fourth year in a row, thanks to the Desert Hot Springs Police Department — fully staffed for the first time in years — which has increased patrols, adding two K9 officers and a pair of motorcycle cops.

To complement a new city hall (completed ahead of schedule at zero cost to taxpayers) and city library (quadruple in size to the existing one; slated to open in early 2021), plans are underway for new fire department stations — one at San Gorgonio and Little Morongo, the other on Hacienda.

Upon arrival at city gates, residents and visitors are greeted by a refurbished entrance and new wayfinding signs whose Palm Drive banners honor local veterans. The Palm Drive bicycle and pedestrian improvement project has been officially completed, and the implementation of the safety corridor has resulted in a dramatic 42% decrease in traffic collisions, with absolutely no fatalities reported so far in 2020. A pact with Desert Valley Disposal — which ensures full-time addressing of illegal dumping and debris throughout the city — completes the impressive facelift Desert Hot Springs has received throughout.

• READ NEXT: View the Digital Edition of Vision.

“The work we’ve done with City Council in recent years has made our city resilient and energized like never before,” says longtime Mayor Scott Matas. “Instead of quick fixes, we’ve implemented changes and projects that have made us strong for the long term. We’ve executed pro-business strategies to draw companies to Desert Hot Springs — while also working to improve local infrastructure, public safety, and quality of life to ensure they stay. The results are already obvious. Despite the current valley in which we all find ourselves, Desert Hot Springs is on the rise. Our next peak is on the horizon — and sooner than you might think.” 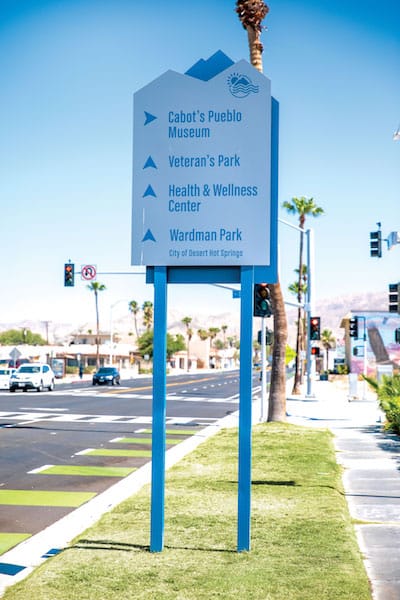 EDUCATION
(% of population age 25 and older)