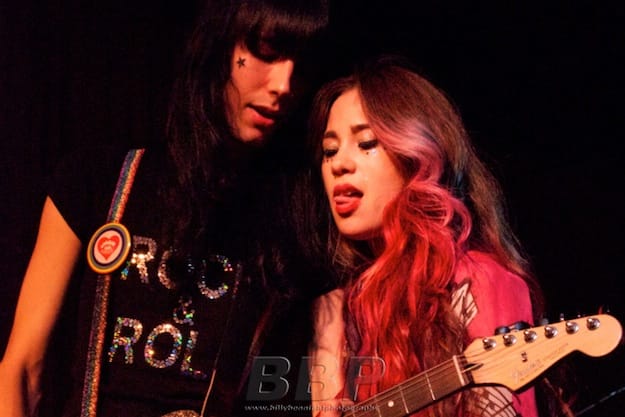 What: The inaugural Desert Stars Festival.

FYI: The inaugural Desert Stars Festival at Pappy and Harriet’s Pioneertown Palace promises a rowdy, rockin’ good time for environmentally conscious punk kids, indie rockers, hippies, and everyone else in between. The event, in its previous incarnation, was known as Clean Air Clears Stars Festival. For five years, it raised money and awareness for the Arbor Day Foundation to plant thousands of trees across the United States. This year, it’s back — streamlined, with a new name, and a renewed sense of purpose. The lineup boasts 30 scheduled artists, including Bermuda Dunes artists, You, Me & Us.

I caught up with Zachary James from Zachary James and the All Seeing Eyes, (who’s scheduled to perform at 4 p.m. Sept. 7), to find out why he’s so enchanted with the desert and particularly, with the opportunity to play Pappy and Harriet’s.

Zach on Desert Stars: “You know this will be our first time playing at Pappy & Harriet's and first time performing at Desert Stars. We're super excited be a part of the festival. I've been to the festival in past when it was Clean Air Clear, and it's always an amazing time. Tommy Dietrick, who puts on Desert Stars, is a super cool guy and musician who has a killer studio in Los Angeles called Skylab Studios. Anyone in the L.A. area should check it out … bad-ass vintage console and Neumann mics.

Zach’s favorite super-fan: “Alexandra Starlight! We play in each other’s bands now. I play guitar and bass in her band, Alexandra & The Starlight Band, and she plays [keyboards] and sings in my group. There was a time long, long ago when she just watched my set. It's always nice to have such a pretty view.”

For the Record: Alexandra and Zach are a couple. They appeared in the April 2013 Desert Guide, “Desert Super Stylin’ Coachella photo shoot, shot by celebrity photographer Lara Rossignol.