Desert Theatreworks Hopes to Put a Little Sizzle in Summer 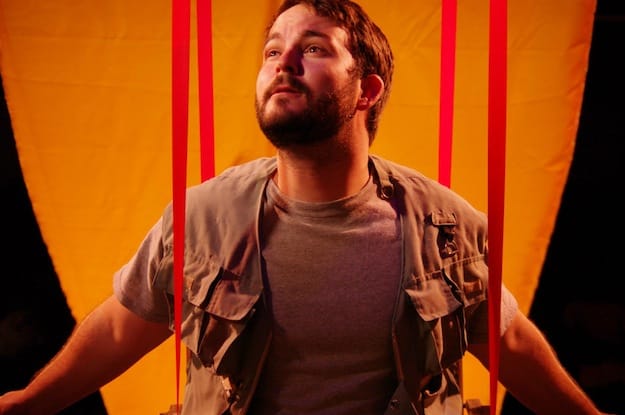 There is a new theatre company joining the desert’s ever-expanding performing arts scene.

Brand new to the Coachella Valley, Desert Theatreworks presents the premier of its first production, “Up”, July 19, at the Arthur Newman Theatre inside the Joslyn Center in Palm Desert.

With just three performances slated, Director Lance Phillips-Martinez wants to test what he believes is a summer audience market starving for more activity.

“We are really trying to fill a gap in the off-season because folks are here and really want to do something entertaining beyond the standard summer fare. We hope our 'Summer Sizzling Series' will become an annual event.”

The first two summer series plays “offer a unique genre featuring fractured realities that will get you talking,” Phillips-Martinez says.

Both plays deal with common problems both families and couples face, and incorporate fantasy sequences and visual elements to draw audiences into the stage performance.

“Up”, a dramatic play written by Bridget Carpenter, an award-winning scriptwriter for the NBC TV Show Friday Night Lights, opens the "Summer Sizzling Series". The story tracks a man’s search for freedom and his family’s struggle to cope.

“’Up’ is a beautifully crafted piece with a phenomenal cast,” Phillips-Martinez says. “It has both funny and at times sad moments that will leave audiences thinking.”

Phillips-Martinez, who brings more than 30 years of experience in theatre, wants to distinguish Desert Theatreworks by creating “thought-provoking, innovative, and entertaining plays and musicals to the community. I also have a vision bring new and rare titles to the valley with appealing quality works,” he says.

Originally from Fresno, Phillips-Martinez has worked for numerous theatres throughout the state and is a member of GCP (Good Company Players), a highly recognized theatre company in Fresno. He has already left a mark in the desert with his contributions at the Palm Springs Unified School District, the YMCA of the Desert, and College of the Desert.