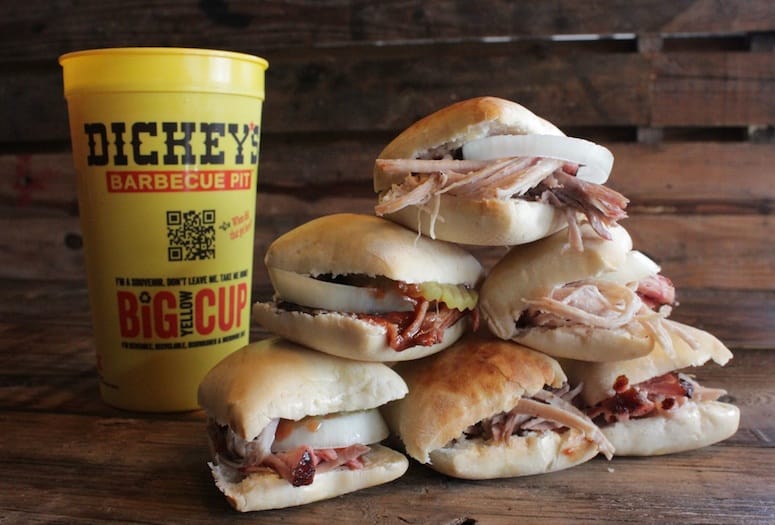 Dickey's Barbecue Pit opens Jan. 14 in La Quinta, marking its second location to pop up in the Coachella Valley.

To celebrate, the store will have three days' worth of specials and giveaways. The first 50 guests on Jan. 14 will receive gift cards worth up to $50 and three lucky guests will win free barbecue for an entire year. Guests can enter to win the drawing between 11 a. m. and 2 p.m. Jan. 16 in the store when customers can buy $2 pulled pork sandwiches. In addition, the first 100 guests on Jan. 15 will receive a free Big Yellow Cup of tea and the store will give away free Dickey's goodies all day.

“Dickey's has expanded exponentially throughout California, and the Golden State has the most Dickey's locations following Texas,” says Roland Dickey, Jr., CEO of Dickey's Barbecue Restaurants, Inc. "We congratulate Michael and Margarita Tucker on their grand opening.

Originally from Brawley, Calif., Michael Tucker began his career as a jeweler. Having owned two jewelry stores, Tucker became a franchisee of another concept over 15 years ago. Michael and Margarita Tucker are long-time entrepreneurs, and when they tasted Dickey's brand of hickory-smoked barbecue, they knew they had found their next venture.

“The food at Dickey's is fantastic, and the overall home office support is unbeatable,” Michael Tucker says. “I have been a business owner all my life, but I am especially excited to join the Dickey's team.”