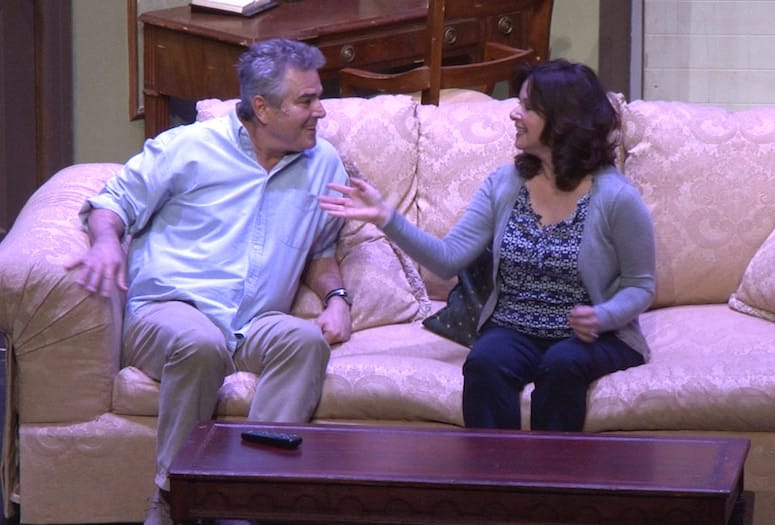 Christopher Knight of The Brady Bunch fame plays a scene from Dinner at Five with Caryn Richman from The New Gidget.
PHOTOGRAPHS BY DEAN BLAGG

Christopher Knight and Lloyd Schwartz, who helped make The Brady Bunch one of the most-loved TV sitcoms of the 1970s, will team up for a most unlikely stage play Jan. 24 through Feb. 24 at Indian Wells Theater in Palm Desert.

Dinner at Five is a comedy that asks, “How about wife-swapping?” This might seem an odd topic for the résumés of Knight and Schwartz, juxtaposed against the squeaky-clean TV show. Knight, who back then played middle son Peter Brady, appears in Dinner at Five as Eddie, half of one of the curious couples. Schwartz — who worked as a writer and dialog coach on The Brady Bunch, which his father, Sherwood Schwartz, created — wrote this new play and directs it.

“When I read part one of the play, I phoned Lloyd and said, ‘You’re a sick man,’” Knight recalls. “But he told me, ‘Keep reading.’ Things change in part two. It’s not what you think.”

The play involves after-dinner conversation among two mature couples, in which one character suggests “mixing things up.” “Switching partners? That’s for young couples,” says one husband. His wife retorts, “Why should they have all the fun?”

The couples do change houses, but don’t expect sexy romps from people who can barely give each other high-fives without joint pain. There are twists and turns in the plot that eventually lead to … well, you’ll have to go and see.

“Don’t be offended, and don’t give up at intermission,” is all Knight will say.
Schwartz says he incorporated his and his wife’s real-life idiosyncrasies into the characters, though he’s quick to say that the resemblance in their behavior ends there — he and Barbara, married 42 years, have never wife-swapped, he stresses. 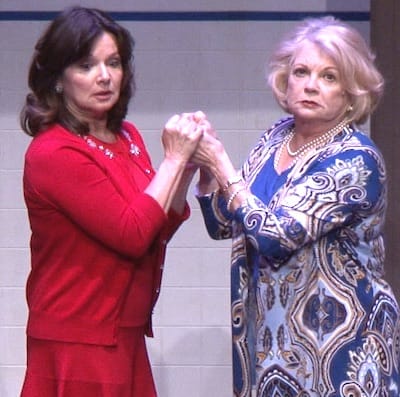 Dinner at Five will make audiences think about their own relationships, both Knight and Schwartz say. Empty nesters will see themselves; younger viewers will see their parents, and their own futures. But the story isn’t meant to be a psychological puzzle.

“It’s just a simple comedy,” Knight says. “The dialog is light and breezy. Lloyd has basically written about himself, which is what all writers do anyway. It’s a satisfying night out at the theater.”

Working with his former dialog coach again is “comfortable,” Knight adds. Knight was only 10 when he first worked with Schwartz, then 22, on the set of The Brady Bunch. Schwartz says that as a middle son himself, he related more to the Peter character than to the other Bradys. He and Knight remained good friends after the sitcom ended in 1974.

Two casts will split duties during the Indian Wells run of Dinner at Five, and Knight is not the only former TV actor among them. Kathy Garver (who played Sissy on Family Affair) and Larry Thomas (who played the Soup Nazi on Seinfeld) will join Knight and Caryn Richman (The New Gidget) during the play’s first two weeks. The second cast will feature Julie Cobb (Knot’s Landing), John Moschitta (Family Guy), Ilene Graff (Disney’s South Pacific), and David Ruprecht, who has toured in theater productions such as The Sound of Music.

“These actors are all busy, accomplished TV and stage actors,” Schwartz says. “I want to take this show out to other places. I need several actors who know these roles.”

Schwartz and his wife are founders and artistic directors of Storybook Theatre of Los Angeles, which has offered musical plays for children for 35 years. In 2017, Schwartz’s play An Evening with John Wilkes Booth, a one-man show from the viewpoint of President Lincoln’s assassin that won the Producer’s Award at the Hollywood Fringe Festival, is due to begin a national tour. 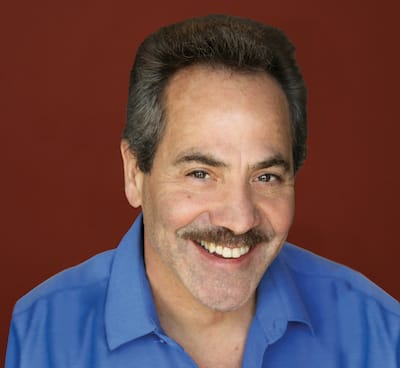