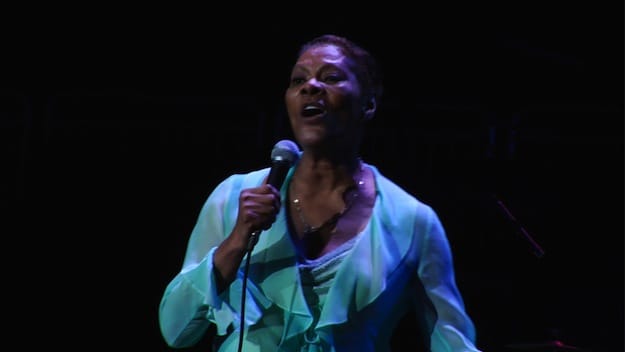 The rich family history that links legendary singers Dionne Warwick and the late Whitney Houston will be explored during the screening of the documentary, "Voices of Love", to highlight the opening of the American Documentary Film Festival at Camelot Theatres.

In its second year, the film festival features 100 documentary films, ranging in length from 4 minutes to nearly 2 hours. Film screenings will be split between the Camelot Theatres in Palm Springs and Century Theatres at The River in Rancho Mirage.

Here is the opening day schedule:

Time: 10 a.m.
Where: Camelot Theatres
Title: Film Fund Pitch: Igrushki (Just A Moment – 60 minutes – Lithuania)
Synopsis: It’s been 21 years since the collapse of the Soviet Union. In Belarus, locals survive by making and selling soft toys. This compelling film looks at a sliver of the world where people make stuffed animals and sell them to travelers. Free screening.

Time: 2 p.m.
Where: Century Theaters at The River3
Title: Herd in Iceland (28 minutes – USA)
Synopsis: The horse holds a precious place in Icelandic culture, and Icelandic law prohibits the importation of horses onto the island. This film follows Icelandic herders as they collected their horses across the island’s remote terrain and captures the symbolism behind the horses and the nation they represent.

Time: 2 p.m.
Where: Century Theaters at The River
Title: Vana (80 minutes – Czech Republic)
Synopsis: This action- packed, award-winning film chronicles the incredible life of Vana, arguably the best jockey in history, who continues to compete into his ’70s and who lives by the credo, “The biggest race is life itself.”

Time: 4:30 p.m.
Where: Century Theaters at The River
Title: The Beauty Factory (85 minutes – USA)
Synopsis: Venezuela has produced more Miss Universes than any other nation. This film follows five contestants over the course of four months as they compete for the coveted Miss Venezuela crown, offering an intimate look into the world of beauty — and the sometimes ugly things people do to be part of it.

Time: 7 p.m.
Where: Camelot Theatres
Title: The Sardine Tin (9 minutes – Belgium)
Synopsis: The tiny mermaid Eva develops a crush on a fisherman, Emile, and jumps into his fishing net. Emile then finds her in a sardine tin.

Time: 7 p.m.
Where: Camelot Theatres
Title: Whitney Houston & Family -Voices of Love (78 minutes – USA)
Synopsis: An intimate look at one of America’s most musically influential families, the Drinkards, whose popular gospel group, The Drinkard Singers, included Whitney Houston’s mother, Cissy Houston, and Lee Warwick, singer Dionne Warwick’s mother. The film traces the history of song in this talent-infused family and celebrates their spirit, their strength of family, and the power of gospel music to heal, transcend, and entertain. The film is filled with powerful musical performances by Cissy Houston, Whitney Houston, and Dionne Warwick, never-before-seen footage, and exclusive interviews with and performances by members of Whitney’s family, as well as interviews with Natalie Cole and Aretha Franklin. Dionne Warwick will attend the screening and participate in a brief Q&A session following the film.