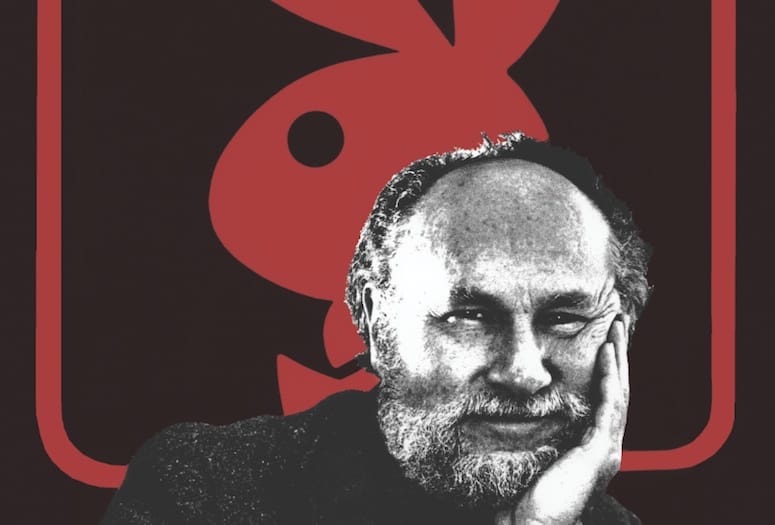 Hugh M. Hefner, the founding editor of Playboy and an American icon of male sexual liberation, was asked recently about his magazine’s original art director, Arthur Paul — whose work will be featured in 2017 at Coda Gallery in Palm Desert.

Hefner was effusive. “Art’s contributions from the beginning and over the magazine’s first years are immeasurable,” he says. “I couldn’t have done it without him.”

So what did Art do for Hef that made him so valuable, so irreplaceable? Did he introduce him to girls? Come up with the “Playboy Philosophy?”

Not quite. No, it was Paul and, for many years, Paul alone, who created the visual image for Hef’s groundbreaking magazine. It was Paul who came up with the bunny logo that has become one of the most recognizable brands in the world. And it was Paul’s taste in art and his willingness to take chances on artists that elevated a category that up until then was known, unflatteringly, as “men’s magazines.”

Before Paul agreed to work with Hefner on his nascent publishing project (originally named Stag Party), men’s magazines, according to former Playboy editor James Petersen, more or or less conformed to “the Argosy style” … cheesy illustrations, screaming headlines (There I Was, Surrounded by Japanese Soldiers With Only My Randall Knife) and precious little white space.

Paul changed all that. He saw magazine art and layout differently, thought about it more deeply. The result was an upgrade of the entire genre. Playboy looked classy, read smoothly, and reflected an urban sophistication unseen before in the genre. Or as Petersen jokes, “I read Playboy for the art.”

But let’s talk about that famous bunny logo before we get too warm and fuzzy. As Paul’s wife of nearly 40 years, Suzanne Seed, says, “The first thing Art wants you to know is that, even though he created the Playboy bunny logo, he is not rolling in dough. Art designed it as part of his job.”

So, no royalties, no rights, no nada, for one of the most famous corporate symbols of all time? “No,” she says. “He was an employee. We always have to remind people that we’re not rich.”

Paul was certainly well paid during his tenure as Playboy’s art director, and he, himself, is sanguine about it now — but there is no denying that Hefner got his money’s worth on the logo. To get some idea of what the whole bunny allusion meant to the magazine, one has only to look at the early Playboy covers: One August, it featured a sailboat under a sun with a rabbit’s face on it. One in September featured a jazz band with an abstract rabbit digging the music. An October cover featured a rabbit head with footballs for eyes. In February, readers saw a snowman with bunny ears; a summer edition featured a woman lying on a blue striped beach blanket with a tan line that was, you guessed it, a rabbit’s head. On and on the bunny symbol was used: Its head was once carved on a tree and, another time, drawn on a frosty winter window.

Eventually that gimmick played itself out, but the rabbit logo continued to appear in every issue as the symbol that appears at the end of stories. And, of course, the bunny image has made millions for the Playboy organization’s licensing and merchandising divisions.

In spite of that, were Hefner and Paul friends? After all, they worked together for nearly 30 years. “They were never buddies,” Seed says. “Hef was only social with people who liked to party with him. Men like artist Leroy Neiman and writer Shel Silverstein and people like that.

“But Hef and Art got along really well as far as the magazine was concerned,” she adds. “It was just the two of them at first, remember, and they were always teaching each other. Hef taught Art about editing, and Art taught Hef about graphic design and what worked. And Hef promised him total freedom. ‘You’re the art director,’ he’d say if there was a disagreement; ‘it’s your decision.’”

Two of those early decisions fueled much of the magazine’s success in acquiring artwork for the stories. The first was to buy full rights to the art to make sure the artists got a fair shake for their works. Most publications buy only one-time rights, which usually amount to honoraria. Paul’s purchases resulted in a treasure trove of art that the company owned, at least until someone sold it off a decade or so ago.

The second decision that endeared Paul and the magazine to artists was to make an assignment but remain hands-off — not dictate what the visuals should be. Paul gave the artist the article and left it to him — and it was usually a him — to interpret as he wished. Most illustrators in the business, who often took assignments from big movie studios and publications, never enjoyed such on-the-job freedom. The stunning results are clear to anyone looking over past issues.

And it’s all history now as far as Paul is concerned, even the part about not getting paid for the logo. At age 90, having retired about 30 years ago from the rabbit farm, he is now concentrating on his own artworks, a series of faces. It’s not as high-profile as creating covers and hiring illustrators for a major magazine, but for him it’s immensely satisfying.

Even more remarkable, he is working despite having macular degeneration, fiercely determined to still contribute and produce.

Paul calls the series, which he’s been working on for a decade, Inner Faces — paintings, sketches, and drawings of (usually) men’s countenances in various states of cohesion. Reviews have been glowing. The Swiss design magazine Graphis featured Paul’s art, and critic Colin Westerbeck noted, “Art’s technique turns the faces he draws into a surface that reveals deep structures underneath. Many of the heads look as if they belong to boxers who took too many beatings. But the pummeling that rearranges the features of these subjects comes from within … a collective identity that is totemic, mythic, archetypal.”

Cal Arts founder Gerald Nordland is also intrigued by Paul’s works. “He has intently observed the human parade,” he notes, “with its weird faces and expressionless faces, simian, deformed, blind, snooty, large-eared, black, blond, red, and black-and-blue faces, smooth and bearded faces, faces with war paint and masks. These are inventions which correspond with our common experiences.”

As Art’s wife since 1975 and one of his biggest fans, Seed has her own take on the meaning of the work. “They suggest that rarely do we show what we imagine we show on those screens that are our faces, or that we try to fully hide what we mean to hide. It demonstrates how we reduce ourselves and others to one thin layer at a time, to mask or veil. But,” she adds, “our other selves bleed through from within.”

Palm Springs Life got a chance to preview some of Paul’s current works, which reflect such attempts to discover the “inner self.”

We had lots of questions.

For example, we wondered if all of these floating heads were a commentary on identity and how they related to his creating the Playboy identity.

Paul scoffs at that. “Corporate identities,” he insists, “like logos or the famous logo I created, come from a playful and intellectual process. Artworks like my Inner Faces come from a deeper place and are about more hidden identities, the conflicts between them, and our feelings about them. They are explorations of what’s behind the face, about the emotions we hide, the masks we wear, and the effect of other people’s projections on us.”

As for the difficulty he might have had leaving a job he held for more than three decades, we were curious if he feared tackling his own artistic vision after encouraging and enriching so many other artists’ visions. Turns out he had been creating his own art throughout the time he was art directing the magazine. “There wasn’t as much time as I would have liked,” he admits, “but I kept scribbling, often on memos or even airline menus. But now, after retirement, I draw every day.” He sighs. “It’s lucky I did all of this before the macular degeneration settled in.”

Does he think illustration will ever attain the status of “fine art”? He is sure of it. “I often commissioned fine artists, and when I hired illustrators I always asked what they would do on their own,” he says. “At one time I commissioned famous artists, like [Andy] Warhol, [Robert] Rauschenberg, and [Salvador] Dali, to illustrate their interpretations of the Playmate. As for ‘fine’ or commercial art, if you think about it, the old masters were doing work whose purpose was to illustrate, and often they were commissioned to create work on very specific subjects. What makes anything fine art?”

Paul retired and left Playboy in 1982 only after he and Hefner had “turned the newsstand into a museum for the masses,” former editor Petersen points out. “The magazine was a gallery you could hold in your hand.”

Arthur Paul’s new works, and a documentary that filmmaker Jennifer Hou Kwong is doing about his work (The Art of Playboy), are featured this month at Coda Gallery, 73151 El Paseo, Palm Desert, 760-346-4661. The show begins with a reception on Saturday, March 14 — it is hoped that Paul will be in attendance that evening — and continues through March 26.