Director Jeremy Garelick Draws His Own Buzz for 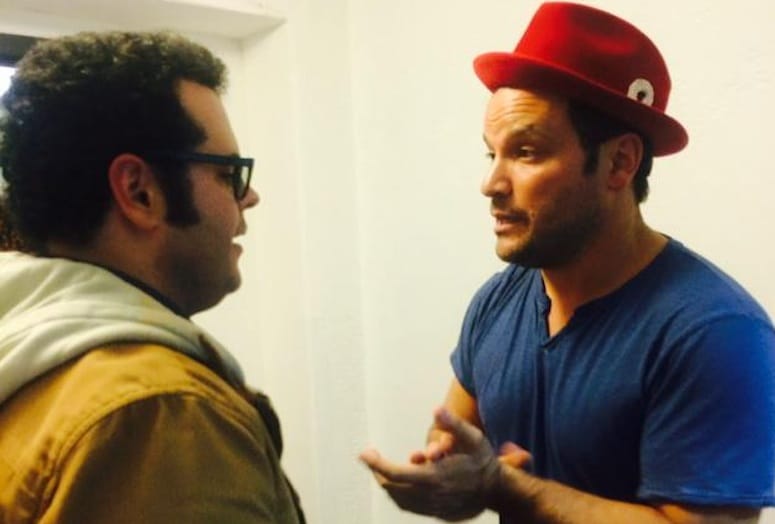 Jeremy Garelick, whose words have provided the one-liners to some of the funniest comedy films in recent years including The Hangover with Bradley Cooper and The Break Up with Vince Vaughn, has caught the attention of Hollywood’s elite with his directorial debut in his film, The Wedding Ringer.

Garelick will make an appearance at the Palm Springs International Film Festival where he will be honored at Variety’s “The 10 Directors to Watch” luncheon on Jan. 4 at the Parker Palm Springs.

Garelick hails from upstate New York and while he currently resides in L.A., the proud Dad of three says, “I love Palm Springs. It’s a close getaway, but I feel like I’m on serious vacation here.”

Garelick won’t be resting much with several future projects in development, including Sick Day, a Universal film with Johnny Knoxville, a twisted R-rated version of Ferris Bueller, and The Insane Laws with Vince Vaughn. “I am super honored to be amongst this crowd,” Garelick says. “It was a real surprise because the other films feel like artsy, important, really good films, and I just wanted to make a funny movie to make me and a bunch of other people laugh.”

No stranger to the comedy film genre, Garelick’s talents shine in The Wedding Ringer, which is already creating a buzz prior to its Jan. 16 release. Palm Springs Life caught up with Garelick just before to his trip to the desert.

Would you say you are most comfortable in the comedic film genre?
“I think so. I love all movies and I enjoy watching non-comedies as well. But when I sit down and write stuff, comedy comes out. It’s funny… the first script I ever wrote was a dark horror and thriller. And I gave it to a friend to read and he said, “It was the funniest script I ever read.”

I read that you did a rewrite for The Hangover but were not credited at the time. How do you feel about this after the film franchise has been so successful?
“It, truthfully, was the most disappointing moment of my career, without a doubt…along with Todd Phillips, who was also not credited for writing. We took the original script idea and really did a massive rewrite and poured our heart into it. A lot of me, and Todd Phillips, went into that movie. So to have this (The Wedding Ringer) movie come now and the buzz is for me, a high point. I’m very excited.” Was it difficult going from screenwriter to director?
“You know the reality is, I’ve always wanted to be a director. That’s what I studied and what I’ve been working toward….I’ve been practicing and preparing for the opportunity (to direct) and I was able to achieve it.  It was an awesome transition.

The Wedding Ringer is your feature film debut as a director. How does it compare to screenwriting?
“It’s amazing to be able to see your vision all the way through and have your hands on (every single decision).

What was one of your biggest challenges as a director?
“Getting the movie green lit. It took almost 13 years to get this movie going with cast and different iterations of script. Trying to make the film for a certain budget and make it feel like it’s much bigger film than what the budget allowed for…. I think we did a really good job. It feels like a big movie.”

I understand you spent $25,000 of your own money to shoot a 6-minute scene from “The Pretender” to show you could direct.
“Yes, working with (the likes of) Joel Schumacher and Jerry Bruckheimer, I got to meet the best of the best in terms of the crew. I learned every aspect of making a film. I wanted to show that I could direct. I spent my own money and called in every favor.”

This could have backfired. Why take that chance? Were you confident?
“I was pretty confident that I could nail that scene (in The Pretender). I felt ready to direct, so I didn’t think it could backfire. I knew it would be funny on page and I had funny actors… (including The Hangover’s Dr. Ken Jeong) so I knew it would be funny and I picked that scene to do because I knew it was a funny scene. For me, the worst-case scenario would be that (the experience) would be an amazing practice session. Like film school…you learn how to direct by going out there and doing it.”