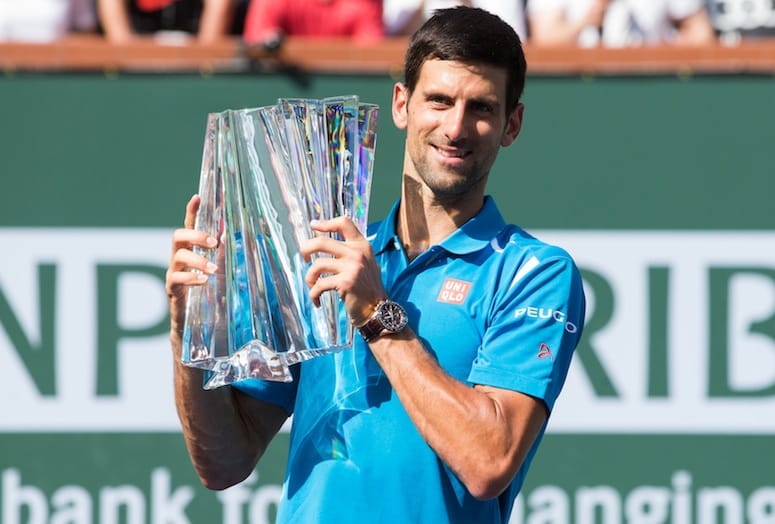 A marquee moment at the BNP Paribas Open tennis tournament at Indian Wells, a men’s final that featured superstar Novak Djokovic, turned into an afterthought Sunday.

That was for two reasons.

The first was that Djokovic turned an alleged competition into a 6-2, 6-0 joke. His opponent, Canada’s Milos Raonic, appeared to be injured and never challenged Djokovic.

The second reason was that, by the time Djokovic and Raonic took the court, the place was buzzing over sexist comments about the women’s tour, made in a morning media gathering by tournament chief executive Ray Moore. Djokovic became the first to win five titles at Indian Wells, and he also tied Rafael Nadal for most titles on the ATP Tour’s Masters 1000 Series. Both now have 27.

He was asked afterward if this was one of those times when he was “in a zone.” Djokovic said it was, indeed.

“I’m just glad to be able to raise the level of my game as the tournament progresses,” he said, “and that’s something I have been doing in the last two years, especially in the big events.” Milos Raonic had to take a medical timeout during the match.

Last year, Djokovic had one of the best seasons in the history of the sport. He won three majors and lost in the final of the French. He lost his opening set here and then reeled off the next 12 en route to the title.

Raonic, who had the fastest serve of the tournament and builds his game around power, took a medical timeout and said afterward that he wasn’t certain if he was having similar problems with an adductor muscle that he had around the time of the Australian.

An adductor is a muscle injury around the hip and thigh. In his controversial news gathering, Moore had a bad day even in the area of prognostication. He said that it would take great power to beat Djokovic in the later men’s final.

“It’s not just power,” Moore said. “It has to be nuclear power. I think Raonic has that.”

In the end, all Raonic had was two games worth of nuclear power. Djokovic, as he has for much of the last two years, had everything else.