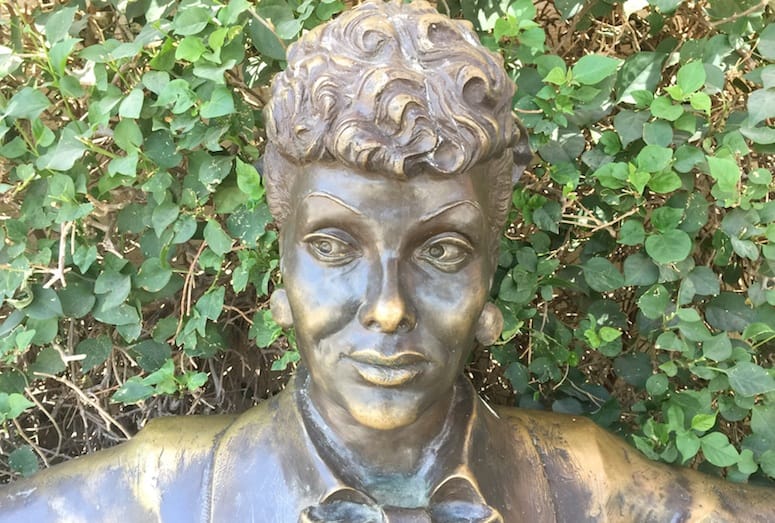 The 21-year-old bronze statue of Lucille Ball in downtown Palm Springs is showing its age. Should Palm Springs give it a makeover?

Lucille Ball may have a new statue in her hometown of Celoron, NY, but desert dwellers consider Palm Springs to be her real home.

Fans of “I Love Lucy” recently welcomed a greater likeness of the TV star at Lucille Ball Memorial Park, which will stand near the previous version that was nicknamed, “Scary Lucy” because the bronze statue did not resemble the star, according to the CNN website.

The Palm Springs statue, which was created in 1995, sits at the intersection of Tahquitz Canyon Way and Palm Canyon Drive just outside the Coffee Bean. The statue allows visitors to sit next to Lucy for that souvenir photo keepsake.

According to the plaque stationed next to the Lucy statue, the artwork was commissioned with funds provided by the Palm Springs Walk of Stars, Liebling Trust, and the City of Palm Springs Public Arts Commission. Artists Emmanuil and Janet Snitkovsky created the piece.

Ball, who would have been 105 on Aug. 6, served as Honorary Mayor of Rancho Mirage from 1958-65 and again from 1971 until the city became incorporated in 1973. She lived at Thunderbird Country Club, and joined three other stars who were honorary mayors of valley cities that were members of either Thunderbird or Tamarisk country clubs, including Bob Hope (Palm Springs), Frank Sinatra (Cathedral City), and Bing Crosby (Palm Desert).

With more attention being paid to the return of the 26-foot Marilyn Monroe statue to downtown Palm Springs, maybe it’s time to start asking whether Lucy needs some sprucing up.

Reviewers on TripAdvisor generally give the statue an excellent rating, though some comments indicate there is not much resemblance to the late star. One reviewer said, “the statue doesn’t look all that much like the popular TV star (and the facial expression is a bit bizarre).”

Another encouraged something be done about her appearance : “Lucy looks a bit worn out. The statue doesn’t do her justice. She was such a lively, lovely woman and now she just sits there, day in, day out. Lucy deserves better.” 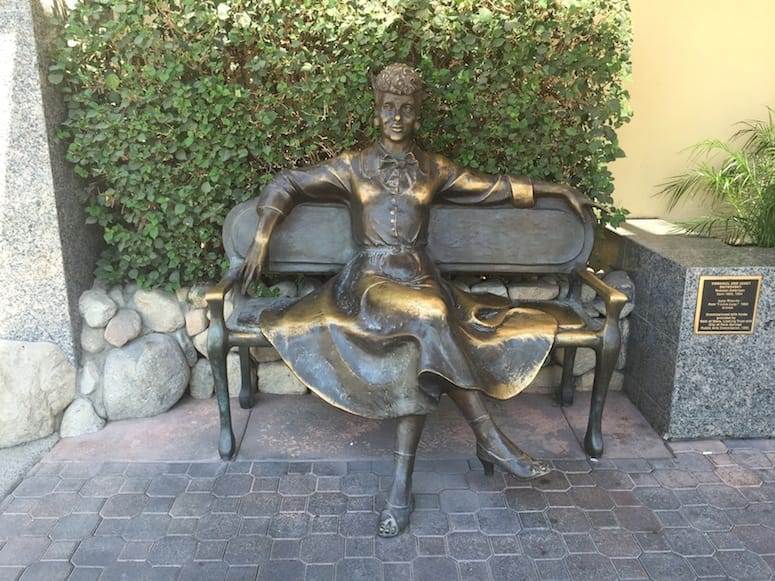 PHOTOS BY JIM POWERS
The Lucille Ball bronze statue makes for an easy photo-opp for locals and tourists alike. 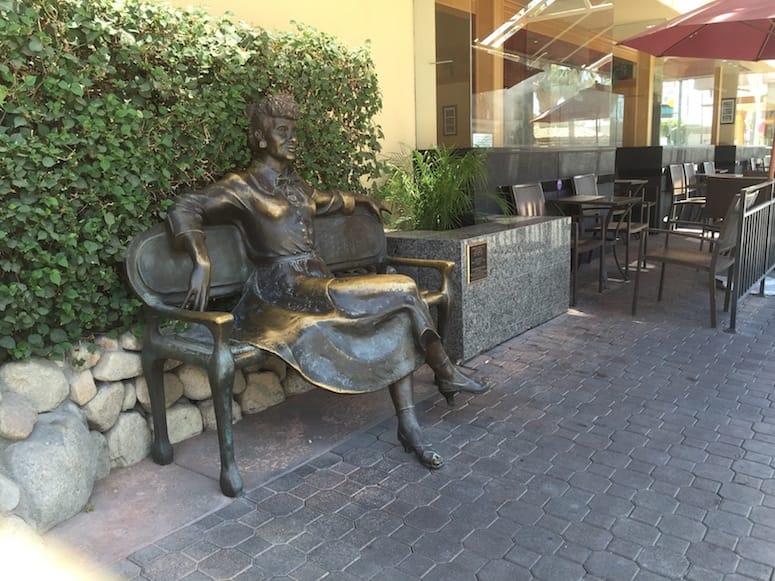