Formed in 2014, No Doubt members Tony Kanal, Tom Dumont and Adrian Young have teamed up with goth-punk AFI frontman Davey Havok to form Dreamcar. Their self-titled, ’80s-influenced 12-song debut album is due out May 12.

They will follow-up their appearance at the Coachella Valey Music and Arts Festival with a show April 22 during Weekend 2. Palm Springs Life spoke to Havok and Young prior to their first show April 15 at Coachella.

PSL: Why are you called Dreamcar?

Davey Havok: We are called Dreamcar because we felt, after long consideration, and after struggles with many names that we also enjoy, that it best represented the band. Ya’ know, for our sound, we felt that something that is invocative of different things to different people, but working within the realm of what Dreamcar evokes, being images of the idealic, the past, the present, futuristic, freedom. It’s all encompassed in what we do.

PSL: How did you pick your front man?

Adrian Young: Well, Tom, Tony, and myself had been playing together since late ‘80s in No Doubt and we want to keep playing together. We just play better together than with anybody else. And we thought, let’s do an experiment and see if we can start another project. Tony had suggested taking Davey on a date and we did.

DH: It was a great date. 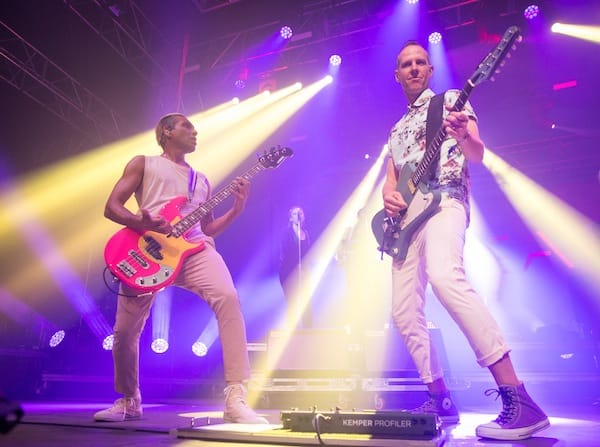 DH: You have to keep taking me back. Tonight as a matter of fact. So, somehow we’re going to have to figure out how to eat that before the show, or I don’t play. [Laughs]

AY: Good luck with that!

PSL: Your album is coming out May 12. How did it come together? How was the collaboration, the writing?

AY: We sent [Davey] four songs in the beginning.

DH: Yep. I received four songs. We had spoken at the dinner simply about the band, as a concept, conceptually. But of course I had no idea what type of music they were working on. And there’s always a matter of opinion what something does or doesn’t sound like, so I was really excited to hear what the music was. And when I heard it, it was immediately inspirational. The four songs that they sent me initially made the record. The top lines in the lyrics that I wrote between those two nights for those four songs are the exact top lines you hear on the record. Luckily they enjoyed what I sent them.

It was those first four songs that really planted the seed, if you will. Or, the drops of fuel for the Dreamcar. I’m looking for a bad metaphor.

AY: It’s true. And when we got the studio for the first time to lay down his vocal ideas that he had sent back, but to do it more properly, he started singing the very first song. It became pretty clear to me and I think to all of us, that, ‘OK, this could be something.’ And, ya know, it’s been a pretty fun ride.

PSL: What do you think of the audience reaction so far?

DH: It’s been great. We’ve played how many shows? 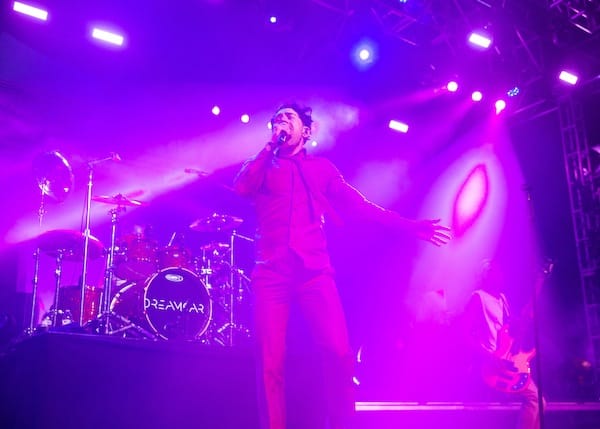 Dave Hovak: “And when I heard it [the music], it was immediately inspirational. The four songs that they sent me initially made the record.”

DV: This will be our sixth show. We’ve been very lucky. We each have our individual histories with No Doubt, AFI, and Blaqk Audio and XTRMST. We are really privileged that we each have fans coming out to these shows, having heard sometimes no songs, a few weeks back. Or, one song and then two and now hopefully three tonight. And, we’re really grateful for that. And people are enjoying themselves at the show without being familiar with the music, which really means a lot to us. We’re really enjoying ourselves when we do a performance, or else we wouldn’t be doing it.

AY: It is awesome and it is quite a challenge to play all new songs basically for people that haven’t had time to absorb them. Absorb them, live with them, have life experiences with them. It’s a totally different experience for us on stage.

DH: And neither of us has experienced that in decades.

DH: It’s a very unique experience for us in that way.

AY: Faces look curious in the audience. But you can tell they haven’t lived with it. They don’t have that, ‘Oh my gosh, that’s my favorite song, I’m gonna’ go fucking crazy right now.’ It’s not that. Yet. Yeah.

PSL: The video for “Kill for Candy” is POV style. Was that planned? How did that come about?

DH: We were talking to different directors, and the concept wasn’t our own. Just as anyone does, you solicit directors and they solicit treatments and that treatment appealed to us. We thought it had the possibility of having a unique feel to it because you get the perspective of us. And I really like the interactive moment, the second part of the video, where you can take any of our perspectives and walk through that event of shooting. And also being a brand new band, it also lets you see us. 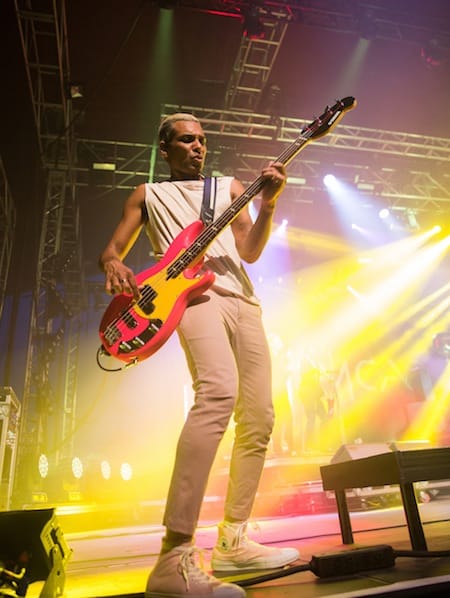 Tony Kanai has been playing with fellow band members Adrian Young and Tom Dumont since the late ‘80s in No Doubt.