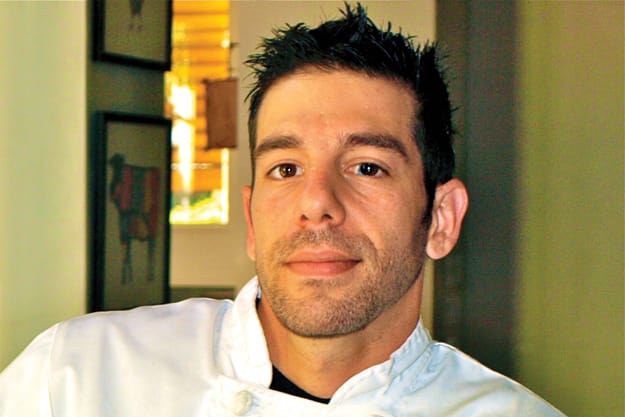 In This Video – ChefOwner Drew Davis of Catalan Restaurant in Rancho Mirage prepares Lobster Piaya and serves the restuarant's own Sangria.

Born in Los Angeles, Drew Davis knew at a young age that he had a true passion for food. After spending a few summers making short order bar food, Drew recognized the need to refine his craft at more prominent establishments, believing that he had found his life’s passion. He took a position in the catering department at Dean & Deluca in Kansas City and then moved on to New World Bistro, which was awarded Kansas City’s Best New Restaurant of 1999 after his arrival in the kitchen. Not satisfied with this early achievement Drew worked tirelessly on learning every possible aspect of the restaurant business attending the Culinary Institue of America and working in Florida and the Mid-West.

When the opportunity to be part of James Beard award winning Chefs Michael Smith and Debbie Golds’ new Kansas City venture 40 Sardines, Drew climbed on board and helped them open in 2001 to instant success. Moving to Miami in 2004, Drew further worked under Top chefs Jonathan Eisman of Pacific Time and Chef Mark Militello of Mark South Beach, James Beard Award winners in their own right. During this time in Florida, he also apprenticed at Nobu at the Shore Club. For the past 8 years Drew worked his way to become the Executive Sous-Chef at the prominent East Hampton New York powerhouse restaurant Nick and Toni’s for Celebrity Chef Joseph Realmuto. While in the Hamptons he annually participated in the Great Chef’s Dinner, a Foundation for Jeff’s Kitchen working alongside Jonathan Waxman, Eric Ripert and Alfred Portale. He has also worked as a private Chef for several prominent celebrities in the entertainment industry.