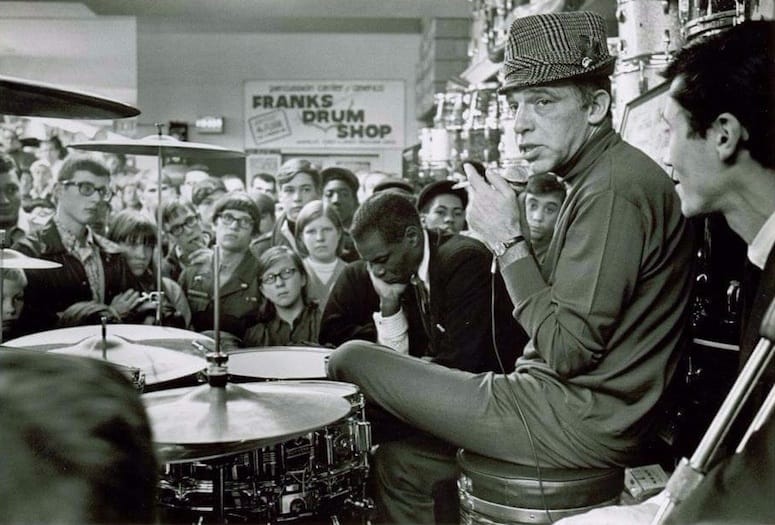 Buddy Rich was a genius percussionist, not to mention a prolific philanthropist with strong ties to Palm Springs. There were so many facets to the legendary drummer, in fact, that his daughter, Cathy Rich, has devoted much of her life honoring her late father, who died in 1987.

But this year, she pulled out all the stops.

Because 2017 marks the late entertainer’s 100th birthday, Cathy Rich has spent most of the year lending her voice on tour with the 16-piece Buddy Rich Band, a powerful and feverish incarnation of her father’s luminous legacy with drummer Gregg Potter as a central figure. And on Sept. 30 (same day as his birthday), Buddy Rich will be honored with a star on the Palm Springs Walk of Fame.

Cathy Rich, who attended Palm Springs High School and considers herself a desert dweller, discusses her father’s captivating mystique, and other ways his spirit will live on. 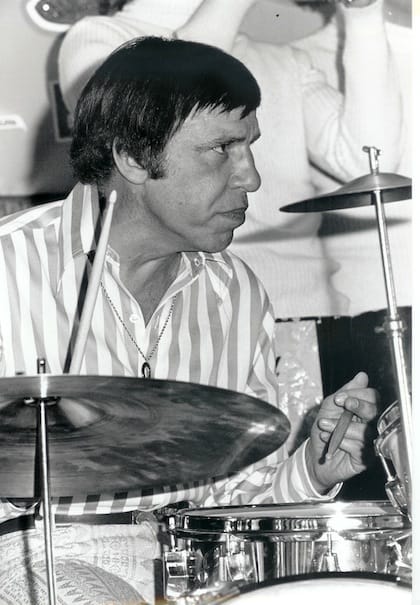 Cathy Rich is in the preliminary stages of making a film about her famous father.

PSL: Your father is finally receiving a star on the Walk of Stars.

Cathy Rich: The good word there is “finally,” because we have been talking about it for a long time. We wanted to do it on his 100th birthday — Sept. 30 — in Palm Springs, where my family has a long history. I couldn’t be more thrilled.

PSL: What did your father love most about Palm Springs?

CR: It really was his refuge. It was like Shangri-La for him.

PSL: Let’s discuss the film about your father. What can we expect?

CR: It’s in the preliminary stages right now. We have a producer and a script in the works. I have been down this road before but this time it looks like it’s going to happen, and we’re very excited. I can’t talk much about it. It’s an incredible story and there are a lot of names being thrown around to play him.

PSL: So, what qualities in an actor would be needed for someone to embody your father’s persona?

CR: You would have to be one remarkable actor. And musical … and have a sense of what it means to be a gifted musician, like he was. He was such a mercurial personality, too, with many different shades to him. It’s going to be a very daunting task for whatever actor decides to do it.

CR: Talent aside, I always say that the least part of his genius was his ability to play drums. He always taught me that it’s about giving back. You have to give back to the world. Giving for the right reasons.

PSL: He was grounded and secure within himself?

CR: He didn’t need publicity. People asked him all the time to be part of charitable causes. He would say, “As long as there is no press. I don’t need people telling me what a great guy I am for doing this. I do this for my own reasons.” That, to me, was the greatest thing about him — he walked it and he talked it.

PSL: He was also good friends with Frank Sinatra.

CR: From the time they were young kids. They were both in the Tommy Dorsey Band together, and they formed a lifelong friendship from that. At first they were adversaries. And then they were roommates in the band. And then Frank was the man who backed my father’s first big band — in 1943 or something. He wrote him a check for $50,000 and that was a lot of money back then. We lived in Rancho Mirage and Frank lived a few blocks away and the pasta would come back and forth between houses. They remained best friends till the day he died. Frank spoke at his funeral.

PSL: Finish this sentence: To have been Buddy Rich’s friend meant …

CR: … that you would have had to been a “real” person. He wasn’t about show business. You had to be on that “real” level. No B.S. You always knew where you stood with him and I think he expected the same thing. 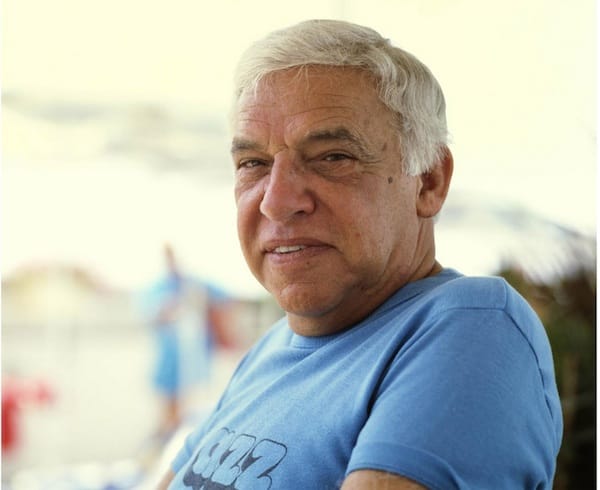 PSL: And this sentence: Being Buddy Rich’s daughter means …

CR: Wow. Well, it’s had meaning all along. I was blessed to be born into that family because I was afforded an education to travel the world [with him]. I learned a lot of life lessons, early on, and he enabled me, to this day, to do what I do, which is giving back to him. So it’s like coming full circle.

Catch the ceremony for Buddy Rich’s star on the Walk of Stars in Palm Springs at 4 p.m. Sept. 30 at 124 S. Palm Canyon Drive. Learn more at palmspringswalkofstars.com