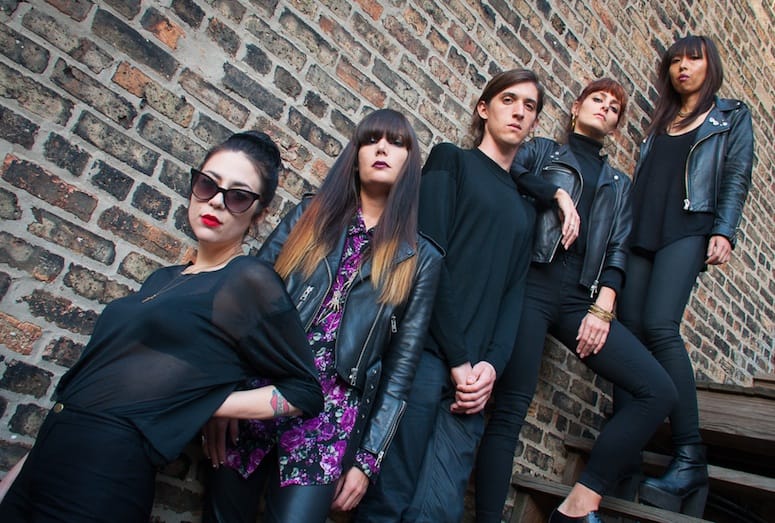 As a New York City woman in a LA-based band, only in the last 10 years has Dee Dee Penny of the Dum Dum Girls become a desert convert.

Since the band formed in 2010, Dum Dum Girls played its first Coachella Valley Music and Art Festival this year. Currently on a national tour again now to support their latest album Too True, the Dum Dum Girls play Pappy & Harriet’s on Nov. 15.

Penny and company play Too True only on this tour to let fans experience the album in its entirety. These shows have been “different,” according to Penny, and have given the band a fresh perspective of being on the road. Dee Dee Penny has grown to like the band's trips to the desert.

This all-girl group has also branched out for this tour to include a man, Andrew Miller, who played on the first recorded album.

Penny took a moment while traveling on the road to talk to Palm Springs Life.

Do Dum Dum Girls play in the desert often?

"We have only played Pioneertown once before, and we did Coachella recently, but we don’t. We all love it there though. Everyone in the band has spent time there independently. I used to really not understand the appeal and the allure of why people liked it. The desert has grown on my hugely though. I really love it."

How was your experience at Coachella?

"We spent a week in between Coachella shows staying at a friend of mine’s huge house with a pool in Palm Springs. It was the end of a pretty long six-week tour. We really just utilized that week to decompress and relax. We went swimming everyday, rode bikes, barbequed, and basically chilled out as much as possible." How did you meet Brett Easton Ellis, the writer of Less Than Zero and American Psycho?

"He was working on The Canyons with Lindsey Lohan and he used our song in the film. When I became aware of that, I reached out through my label [Sub Pop] and said, 'Hey! I saw someone made an unofficial trailer for your film using my song and if you use it officially, I’d be honored, I’m a huge fan…' They ended up using it in the credits, and I met him."

How was Ellis involved with the Dum Dum Girls music video for Are You Okay?

"He wrote the treatment, which pays homage to the Brian DePalma film Dressed To Kill, and it took a couple years before we found a director.  Brett was asked to re-write the concept to fit the song, yet it really stands on its own as an art piece. It was pretty wild to be a part of that experience and opportunity."

What is your relationship with Blondie?

"We performed at SXSW this last year with her. We covered Dreaming and she came and sang it with us. That’s the only time we’ve crossed paths. My producer and manager did the first two Blondie records, which is cool. We got to meet Debbie Harry, which was amazing.

Any other musical heroes you would like to work with in the future?

"So many, but something that’s been interesting to me more recently is people that are in the forefront of music now. I find that intriguing. I’ll always love my legends, but, you know, it’s interesting to me to collaborate with the innovators of our generation. There is this artist Dev Hynes that performs as Blood Orange; he’s great."