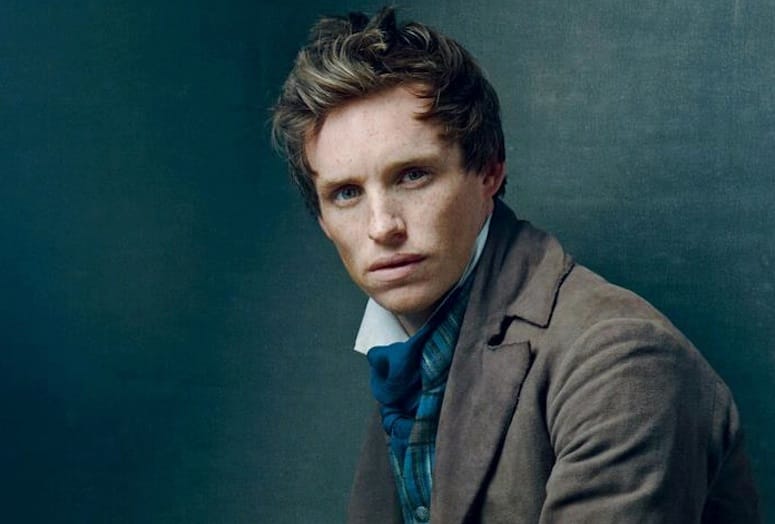 Eddie Redmayne is first in line to receive accolades from the Palm Springs International Film Festival.

Redmayne, who starts in the film, The Theory of Everything, based on the life of Stephen Hawking and set to release today (Nov. 7), will be presented with the Desert Palm Achievement Award, Actor, at the 26th annual Awards Gala on Jan. 3 at the Palm Springs Convention Center.

Each year the festival selects an actor and actress to receive this award. The Festival runs Jan. 2-12.

“From The Good Shepherd to Les Misérables, Eddie Redmayne has proven himself an actor poised for greatness,” says Harold Matzner, chairman of the Palm Springs International Film Festival. “In The Theory of Everything, as ALS-stricken scientist Stephen Hawking, Redmayne captivates his audience as he goes through a powerful physical transformation, from a healthy college student to a dependent wheelchair-bound middle-aged man, in what is truly a stunning performance.”

The Theory of Everything is based on the memoir, Travelling to Infinity: My Life with Stephen, by Jane Hawking, and is directed by Academy Award winner James Marsh (Man on Wire). The film stars Redmayne, Felicity Jones, Charlie Cox, Emily Watson, Simon McBurney, and David Thewlis.

Redmayne’s film credits include Les Misérables, My Week with Marilyn, Savage Grace, Elizabeth: The Golden Age, Like Minds, The Yellow Handkerchief, The Other Boleyn Girl, and The Good Shepherd. His stage work includes Red – for which he won a Tony Award – Richard II, Now or Later, and The Goat or Who is Sylvia.

His notable television credits include starring in the miniseries Birdsong, Tess of the D’Urbervilles, The Pillars of the Earth, and Elizabeth I. Redmayne was nominated for BAFTA’s Rising Star Award and he shared a Screen Actors Guild Award nomination with his fellow actors from Les Misérables for Outstanding Performance by a Cast in a Motion Picture.