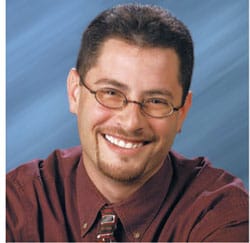 As the social season rests and the summer heat hits like a blast furnace, inside seems the place to be (unless you’re taking in the stunning beauty at the top of the tram).

Yet there are so many reasons to get out. I was surprised by the hundreds of reggae lovers who saw the legendary Eek-A-Mouse perform at the Ace Hotel & Swim Club in June. I’ve also enjoyed the DJs and live performances at Dink’s Restaurant and Ultra Lounge, films at the Palm Springs International ShortFest, Jay Leno and Elvis Costello at The Show at Agua Caliente Casino, the Behind the Scenes Filmmaker Series at the Rancho Mirage Public Library, and the smart Saturday lectures at Palm Springs Art Museum. Summer in the desert offers an abundance of enriching experiences.

This month, we head to the 16th Annual Idyllwild Jazz in the Pines; I look forward to seeing Pancho Sanchez and the Najite Agindotan African Ensemble, among others, on Aug. 29-30. Visit www.idyllwildjazz.com.

Palm Springs Life winds down its celebration of this year’s Top Doctors (call 760-325-2333 if you missed the July issue and want the excellent resource, which includes our annual Medical Guide and directory of physicians by specialty). We hope you saw the Palm Springs Life Top Doctors Show on Time Warner Cable throughout July. If you missed it, you can still watch at www.palmspringslife.com.

The issue in your hands has a decidedly entertainment bent to it.

For two weeks last December, Christian Sesma and Denise DuBarry Hay stayed local to shoot scenes for the romantic comedy action film Shoot the Hero and paved the way for future features. Contributing writer Scott Brassart catches up with the writer, producer, and a couple actors in “Shooting the Desert” (page 22). In “Leaving the Crime Scene” (page 18), writer Robert Julian meets Richard J. Lewis, producer and director of the CSI series, to discuss Lewis’ experience with the wildly popular franchise and the green light he received to produce his second feature film. Julian also introduces us to singing sisters Dela Zimmer and Elizabeth Dreyfuss in “Sister Act” (page 26).

Stay cool and enjoy the shows!

CORRECTIONS
The photography in “Curves Ahead” (April 2009) should have been credited to David Blank. In the Medical Guide (July 2009), Dr. Ronald A. Fragen should have been listed under Cosmetic and Plastic Surgery.