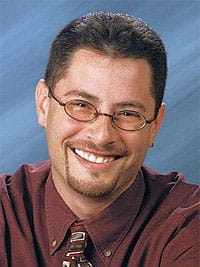 “The King and Queen of Style” — Joan Collins and George Hamilton — do double duty this month as the subject of our cover story and as co-hosts of the Steve Chase Humanitarian Awards benefiting Desert AIDS Project. Collins and Hamilton have remained friends and worked together professionally since they dated in the 1960s. In this issue, they talk about their greatest moments in the desert, their relationship with each other, and their common cause of supporting DAP.

Their impeccable sense of style weaves beautifully into this edition, which also includes “Palm Springs Eternal,” a fashion feature showcasing the spring line by local designer Trina Turk, photographed by her husband, Jonathan Skow. You can see more from the spring collection at her runway show (March 25) during Fashion Week El Paseo. If you’re a Palm Springs Life subscriber, this issue includes the official program for Fashion Week, which boasts a Project Runway show (March 23) with new collections by season 8 stars Michael Costello, Mondo Guerra, and Christopher Collins, as well as a show for the week’s marquee designer, Oliver Tolentino, on March 26.

And don’t miss “The Original Runway Stars,” celebrating former as well as still-working models who now live in the desert. Palm Springs Life chatted with a half-dozen glamorous residents — including La Quinta’s Beverly Johnson, the first woman of color to be a Vogue cover girl — about their past adventures on and off the runway and glossy magazine pages.

This issue also includes the second feature (“A Legacy of Giving”) in an eight-part series about the legacy of Walter and Leonore Annenberg and their world-famous Sunnylands Estate in Rancho Mirage.

And, in the Desert Guide, we preview the BNP Paribas Open tennis tournament and the LPGA Kraft Nabisco Championship, as well as cultural events including Opera in the Park and the photography exhibition Shooting the Life Fantastic at Heather James Fine Art.

Desert Guide steers you to the most exciting events and offers recommendations for shopping, dining, nightlife, and much more.

It’s high season in the desert. Keep up with the action at www.palmspringslife.com.