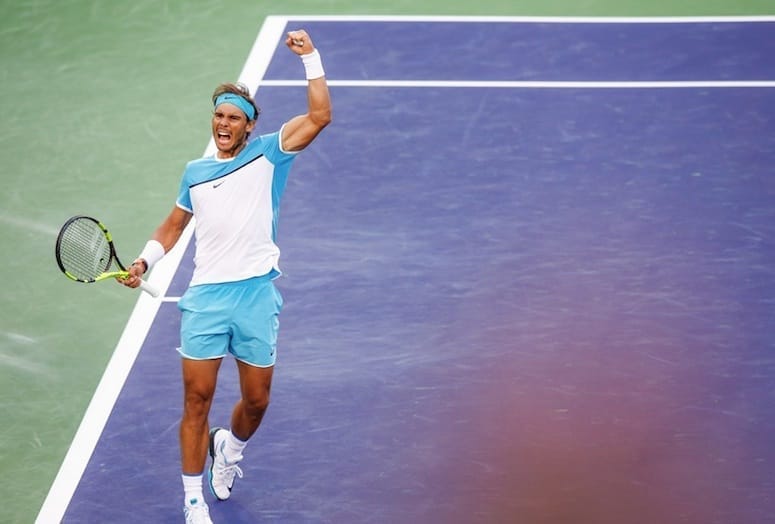 The fast-paced, innovative Tie Break Tens format consists of first to 10n-point tie break matches. The players will be divided into two groups for round-robin play, followed by a final match between the two winners of group play, for a total of seven matches during the course of the evening. The Eisenhower Cup presented by Masimo will begin at 7 p.m. and tickets will be $25. Ticket proceeds from the event will benefit four local charities: Masimo’s Patient Safety Movement; Eisenhower Health; Bighorn Golf Club Charities; and Family YMCA of the Desert.

“We are thrilled to have the Eisenhower Cup presented by Masimo kickoff the BNP Paribas Open and raise funds for local charities.” said Tommy Haas, BNP Paribas Open tournament director. “We are grateful to Rafa, Dominic, Milos and Gael for participating in a special evening that will be a terrific way to begin this year’s tournament.”

Tickets to the Eisenhower Cup presented by Masimo will go on-sale at 10 a.m. (PST) Feb. 19 at bnpparibasopen.com.