Eisenhower Expands Services in the Valley With Satellite Health Centers 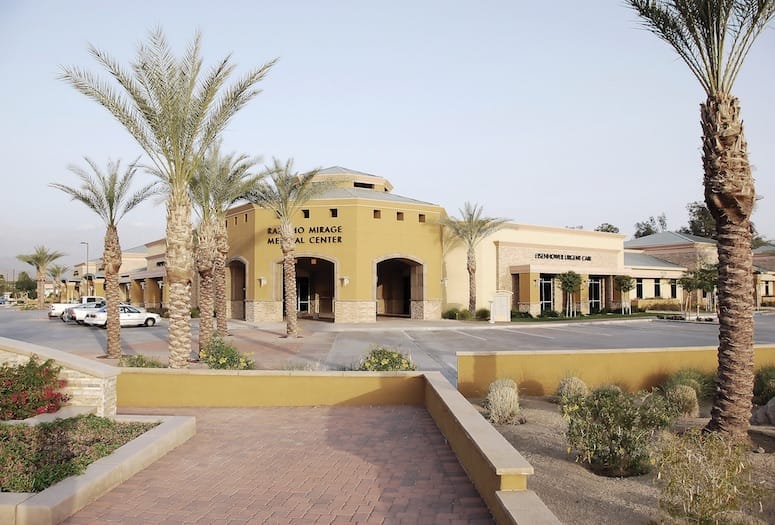 While brick-and-mortar businesses and cultural nonprofits aim to lure masses to their doors, an organization in Rancho Mirage assumes an antithetical posture: trying to keep people from entering its 50-year-old building. This counterintuitive approach to success derives from the fact that Eisenhower Health’s overarching goal is to ensure the wellbeing of all those in its expanded sphere. That means bolstering preventive and therapeutic services to decrease hospitalization rates.

Begun as a medical center to bring life-saving capabilities to residents halfway between hospitals in the east and west ends of the Coachella Valley, Eisenhower’s current mission statement declares that the nonprofit “exists to serve the changing healthcare needs of our region.”

With “changing” as the operative word and the opening of outlying health centers and clinics, Eisenhower Medical Center emphasized the reach beyond its 1971 roots with a name change in January 2018.

“To people in the community, we are ‘Eisenhower,’” adds recently retired president and CEO G. Aubrey Serfling. “Not many would say they’re going to ‘Eisenhower Health.’ The purpose [of the name change] was to signal that we are not just a hospital anymore; our mission broadened with other services. ‘Hospitals’ used to be the center of the medical universe, not ‘health system.’” Over the past 20 years, he notes, the percentage of Eisenhower’s revenue attributed to inpatient services dropped from 80 to 50 percent. 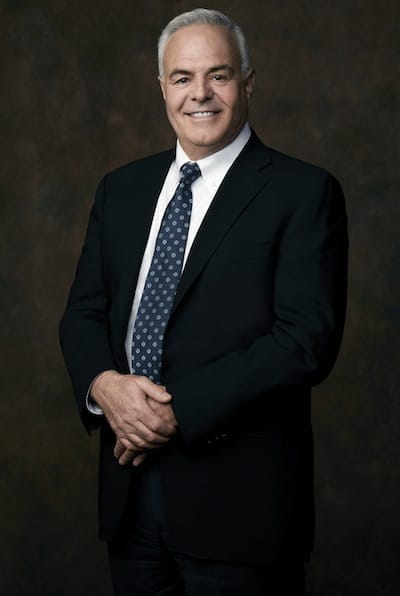 When Martin Massiello joined the medical center as its chief operating officer in 2008, he sat down with Serfling to strategize on how to address an evolution. “The hospital didn’t have much of a presence with clinics in the community,” he recalls. “Medicare and private-insurance companies wanted to shift healthcare to the outpatient setting because it is less expensive. Patients welcomed it because it meant services closer to their homes. And technology that offers minimally invasive treatments supported the move.” 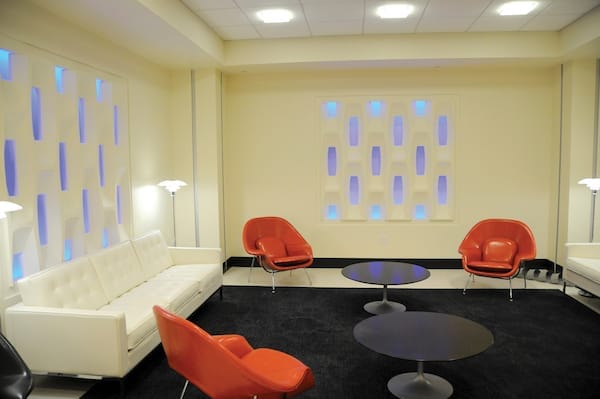 Eisenhower’s most significant expansion beyond the hospital campus opened in January of 2010. Shining like the sun in its galaxy, the Eisenhower George and Julia Argyros Health Center in La Quinta encompasses 92,000 square feet and an array of specialties in addition to primary care.

Holly Ballard found the answer to her healthcare needs at the Center for Family Medicine in the Argyros building shortly after relocating to La Quinta from San Jacinto. “A lot of the moms I met when I moved here recommended Eisenhower,” says the 35-year-old with a husband and 4-year-old son. She especially was pleased to find Jenna Grindle, M.D., a family-medicine doctor, prenatal-care specialist, and pediatrician rolled into one. “When I got pregnant, Dr. Grindle told me that Eisenhower was opening a birthing center in 2021. She was hopeful I would be delivering there.” As the center approached a spring opening, the opportunity appeared likely for Ballard’s early-May due date.

The Argyros expansion fueled a phase of amplification in community presence. “We set our sights on Palm Springs, because we had a lot of folks that wanted to access Eisenhower’s services who said, ‘If we had clinics closer to home, we would go there,’” Massiello notes. From 2011 through 2014, Eisenhower opened four health centers in the Coachella Valley’s westernmost city. Today, the network also includes health centers in Cathedral City, La Quinta, Rancho Mirage, Palm Desert, and North Palm Springs, as well as in the High Desert community of Yucca Valley.

“The strategy was to magnify primary care, but we also started adding specialty services [to those locations],” Massiello says. While hospital-campus buildings provide space for many dedicated disciplines, satellite centers raise the level of convenience to specialized medicine.

Massiello notes a distinction between the clinics of independent medical groups and those owned by Eisenhower.

“We have fully integrated medical records,” he says. “Anything a patient does at any point in the health system is contained in one source. Everyone that works in an Eisenhower urgent care, health center, or specialty clinic is in that network.

“We always look at where needs in the community lie,” he continues. “For now, our expansion with clinics is on our main campus; but in the next number of years, we probably will open another health center in the east end of the valley.”