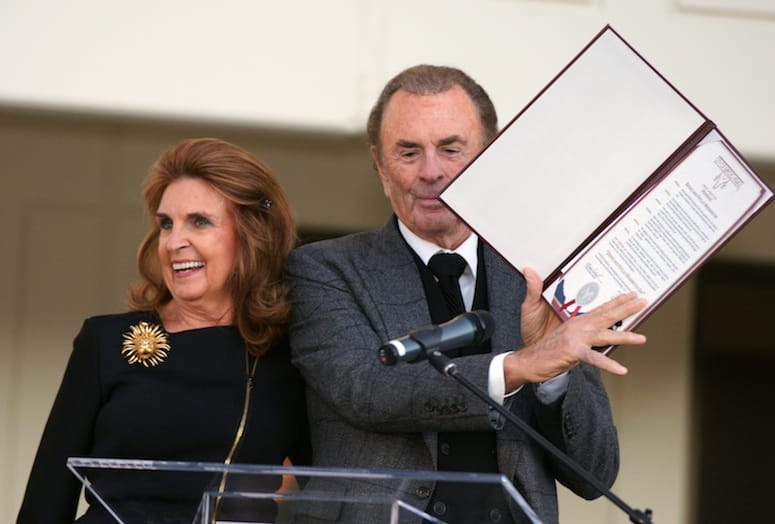 The importance of giving now has a special date for Dennis and Phyllis Washington.

Mayor Dana Hobart proudly announced Nov. 16 as “Dennis and Phyllis Washington Day” in the City of Rancho Mirage after the Indian Wells couple were honored for their donation to provide a seismic retrofit and renovation of the hospital’s original building (also known as the Ike Wing).

Greg Renker, Chairman of the Board at Eisenhower Medical Center, regaled guests at the dedication with a story about the board meeting that helped launched the retrofit fundraising campaign. Nearly two years ago, the Washingtons announced they would make a $12.5 million matching grant — half of the funds needed for the retrofit — and challenging Eisenhower Medical Center to raise the other $12.5 million.

Shortly after the challenge had been made, a trustee meeting was held, in which Greg and Stacey Renker, and trustees Jackie Autry, Harold Matzner and Jim Houston stepped up with million-dollar commitments. Within a matter of minutes, the hospital had received $4 million in pledges.

Michael Landes, President of Eisenhower Medical Center Foundation, kicked off the event by sharing a brief history of the hospital and its founders, explaining how the organization’s exponential growth wouldn’t have been possible without its generous donors.

He continued by thanking everyone who gave to the seismic retrofit, including: H.N. and Frances C. Berger Foundation, Robert Howard and Peggy Jacobs, Suzy and Mike Leprino, Mary and Ray Mithun, John and Carole Moran, Greg and Stacey Renker, Mike and Jan Salta, Houston, Matzner, and Autry. Greg Renker, Chairman of the Board at Eisenhower Medical Center, shares how the donations came about. More than 100 people attended the Nov. 16 event in Rancho Mirage. 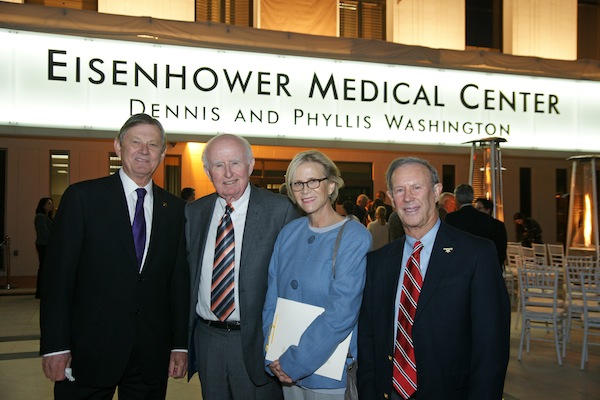