As a high-ranking executive for a luxury-hotel company with properties around the world, David Renker fully understood guests’ needs for more than one level of service. While all travelers want comfort and quality, some opt to pay more for larger rooms or suites, premium locations, and extra amenities. Since joining Eisenhower Health in 2010, Renker works with that concept in overseeing the nonprofit’s Primary Care 365 and Primary Care Concierge programs.

“Both provide communication between our primary-care physicians and patients,” the director of ambulatory services special programs says. “The bottom line is that patients pay a subscription fee to get much quicker access to a primary-care doctor.” People get frustrated when they call their medical provider and are told the earliest they can get in is eight weeks away, Renker observes, adding that Primary Care 365 enrollees typically can see their doctors within 72 hours of their call to schedule an appointment.

The public embraces subscription-based models in commerce, most notably cable television and warehouse stores, because they offer benefits like access to an array of entertainment and the economics of purchasing power.

Launched in late 2009, Eisenhower Primary Care 365 more closely follows premium service models that are popular on the internet. For example, everyone can buy from an online marketplace, but customers who become members enjoy free same-day or overnight delivery.

When Bill Tumelty relocated from Santa Barbara to Palm Springs 10 years ago, he studied his healthcare options. Given his medical history of heart bypass surgery and stent implant, the 76-year-old desired the ability to contact his doctor and get a quick response, so he enrolled in Eisenhower Primary Care 365.

The level of communication the plan affords “gives me an extra comfort level,” he says. “And the Palm Springs locations, when I do need to see a doctor, are extremely convenient. I appreciate the different aspects of Eisenhower around the valley.” 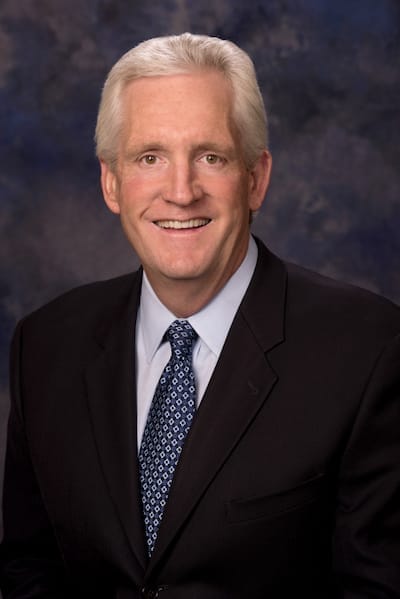 Annual membership in Eisenhower Primary Care 365 costs $465 for those 55 years and younger and $665 a year for those 56 and older ($420 and $620, respectively, per person when more than one immediate-family adult enrolls). The cost for children of member parents runs $50 a year.

“We’ve leased space to concierge doctors, but started our own concierge service with Eisenhower-employed doctors,” Renker says. “We had patients with multiple health issues who needed more time with their doctors,” he adds, noting that the average age of Eisenhower patients is 78. “We created the program to (a) offer greater access to doctors and (b) form patient-physician relationships.

“Our concierge doctors also are the attending physicians when their patients enter the hospital,” he adds. “Many people want to have the same doctor looking after them if they need inpatient care. They appreciate the comfort level of having a doctor there who knows them.”

About 1,500 people have enrolled in the concierge program. Close to 80 percent of members in Eisenhower’s dual programs are over the age of 65.

Concierge Medicine Today reports annual growth in subscription-based healthcare, primarily in internal and family medicine, from 3 to 6 percent. The independent trade source further indicates that, while there are more than a million practicing licensed physicians nationwide, anywhere from 6,000 to 20,000 operate a subscription or cash-only (no insurance) model. Lack of a federal registry or official database for this sector of healthcare explains the wide-ranging estimate, but the point is that concierge medicine remains a limited option overall.

Concierge Medicine Today highlights a 2018 Medscape survey revealing that about one in four physicians typically spend less than 12 minutes with their patients, even though longer visits are connected to positive outcomes and reduced rates of medication prescriptions. To be fair to those one in four, people need to understand that it is not because those doctors care less than the three-in-four contingent. Though longer than Einstein’s theory of relativity, the following equation brings prime factors to the surface:

Perhaps you noticed there is no “plus sign” in the above formula. That results in frustrated patients and frustrated [as well as burnt-out] doctors. It further explains why Eisenhower not only has built its roster of staff physicians, but also invests in training new doctors in conjunction with opening primary-care facilities.

“An initiative was put together with the overarching need to start graduate medical education and clinics together,” says Eisenhower Health Foundation president Michael Landes, “because you don’t want your [physician] residents trying to practice internal medicine when there is no avenue to do it on the hospital campus. You want them to learn through the avenues of urgent and primary care in outlying areas.

“Philanthropy funded this effort for many years to get it off the ground,” he adds. “Now we try to operate it at a break-even point or a little better so that we get the benefit of serving our communities in the way they want us to serve them. Our clinic volumes exceed our inpatient volumes, and that’s what we anticipated.”

Both subscription programs include direct-email access to an enrollee’s primary-care physician. A Concierge member also gets the cell-phone number of his or her doctor. And if that physician is on vacation or out of town, the patient has immediate access to another Eisenhower doctor. So people concerned about waking up in the middle of the night with a distressing health symptom may want the peace of mind that comes with Concierge membership. Enrollees further can secure same-day appointments, and concierge physicians may make house calls if necessary. Eisenhower’s David Renker, who oversees both programs, refers to this as the “Marcus Welby approach” — referencing the 1970s television show starring Robert Young as a folksy family practitioner.

By early this year, Eisenhower had 18 physicians in its 365 program and three in its Concierge program.

Despite its 365 designation, members of that program need not worry about having a February 29 medical issue. Eisenhower accommodates years with 366 days.

• READ NEXT: Eisenhower Health Launches an Array of Specialty Clinics.