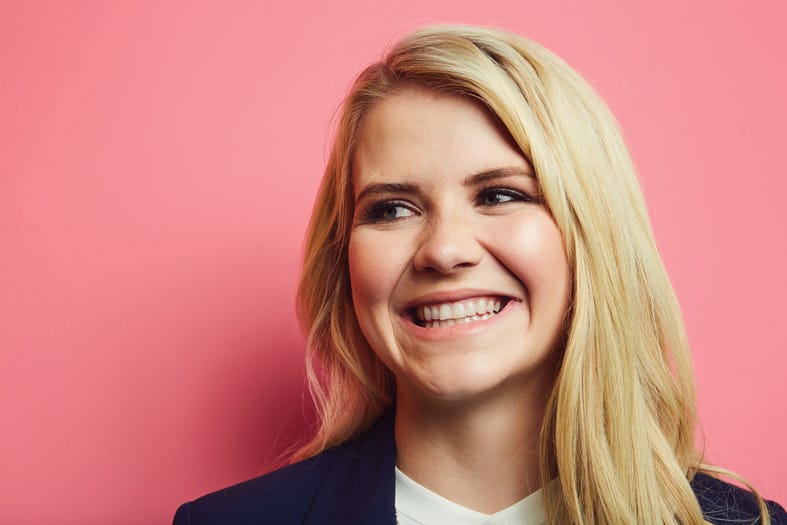 “For a long time, I did not want to speak about what happened to me,” Elizabeth Smart says. “I wanted to go back to being who I was, someone
who was quiet and happy to blend in. But I came to realize that even if I didn’t speak out, I was never going back to being the girl I was. So, did I want to be remembered as someone who was kidnapped? Or as a person who tried to do something about it?”

Smart was thrust into the headlines in June 2002, when she was 14 years old and abducted at knifepoint from her Salt Lake City bedroom. She was held captive in the woods for nine months, during which she was chained like an animal, starved, terrorized, forced to drink alcohol, and raped multiple times a day at the hands of self-proclaimed prophet Brian David Mitchell and his wife, Wanda Barzee.

Following Smart’s rescue in March 2003, Mitchell and Barzee were charged with aggravated kidnapping, aggravated sexual assault, and aggravated burglary. Barzee pled guilty and in
2009 was sentenced to 15 years in prison. Shockingly, she was released in September 2018 when the Utah Board of Pardons and Parole discovered they had miscalculated the time-served portion of her sentence — a move Smart called “incomprehensible.” Mitchell was convicted in 2010 of abducting Smart and received two life sentences in federal prison.

End of story? Hardly. Unfortunately, for Smart — and other victims of abuse, whether sexual or otherwise — there is no end date, no period of time, however far in the future, when their portion of
the ordeal ends. Likely, it’s at this point when one is confronted with the sort of decision Smart is talking about.

“I do think there’s a difference between ‘victim’ and ‘survivor,’ ” she says. “I think a survivor is someone who lives, who moves forward, while a victim is someone who is still working on that transition from simply being to actually living.”

“After learning the story behind the Sinatra Center,
I was amazed by the people
who work there, people who may not
have experienced abuse in their life but who
work tirelessly, listening to these
stories and working with these victims,
and trying to do everything they can.
That’s really inspiring.”

Smart, now 31, not only found a way to move forward but also a path to help others by becoming an activist who advocates for stricter legislation on sexual predators and training for educators on child sexual abuse. She also worked with the U.S. Department of Justice and other kidnapping survivors to create the guide You’re Not Alone: The Journey From Abduction to Empowerment and established the Elizabeth Smart Foundation, which promotes educational resources and trauma support for victims and families and provides “a community of active, engaged, and empowered survivors alongside those who support them.” As a result, Smart, now a wife and the mother of three, spends much of her time doing speaking engagements, sharing her experiences with others in the hope that they, too, can tap into a similar resilience.

It’s because of this work that the Barbara Sinatra Center for Abused Children is honoring Smart as a “champion honoree” at its annual luncheon. “It’s incredibly flattering,” she says of the accolade, “but after learning the story behind the Sinatra Center, I was amazed by the people who work there, people who may not have experienced abuse in their life but who work tirelessly, listening to these stories and working with these victims, and trying to do everything that they can. That’s really inspiring.”

One of Smart’s big targets is victim shaming. “We need to do everything we can as a community to pull together and support these victims, to help them reclaim their lives and applaud them for surviving,” she says. “Oftentimes when you hear about a crime in the news, the focus is on the details of how that person became a victim. And the truth is, that’s not fair. It shouldn’t matter if they were drunk or if they were just walking home from school. That needs to change in a big way.”

Ultimately, what drives Smart is her firsthand understanding of the fact that while unimaginably horrific things can — and do — happen, one doesn’t have to be forever defined by it. “At the heart of everything, I hope that people walk away knowing they don’t have to give up. We definitely have a choice on how we deal with the circumstances that happen to us, whether they’re a consequence of our own actions or the actions of others.”