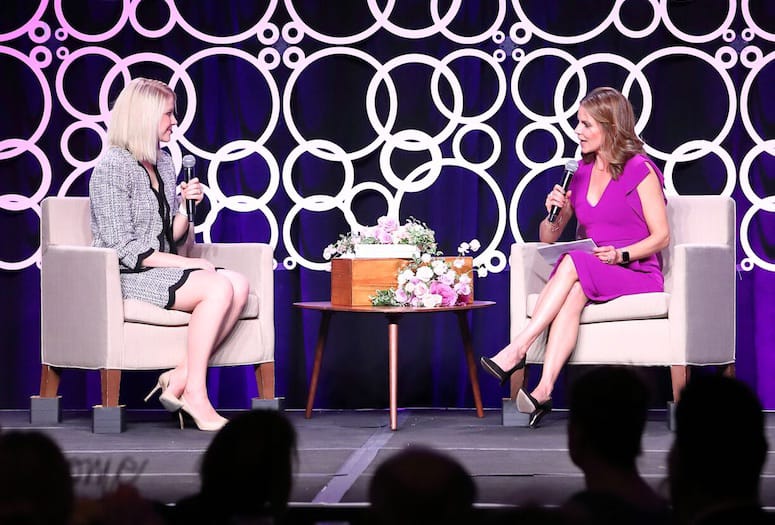 NBC’s Natalie Morales and Elizabeth Smart — who has gone from a kidnapped and sexually abused 14-year-old to wife, mother, and national advocate for children — participated in an on-stage conversation in front of more than 500 guests at this year’s Champion Honors Luncheon benefitting the Barbara Sinatra Center for Abused Children.

Smart spoke about seeing her father for the first time after being in captivity for nine months and how she will speak to her own children about the abduction. She also said she did not use conventional therapy as a means of dealing with the trauma and the daily sexual abuse she endured from her captors; instead, she relied primarily on her family’s support, as well as music and horseback riding. Smart discussed her escape and said she convinced her captors to go back to Utah from California so she would be closer to home and possibly recognized. Thankfully, she was finally spotted and rescued in Sandy, Utah, not far from the family home where she was taken by Brian David Mitchell, who had previously done some handyman work at the Smart residence.

Smart, whose grandmother has a home in Palm Springs, was accompanied to the desert by her parents, Lois and Edward Smart, and her three young children. A reception was held for her and her family the evening before the luncheon at the home of Diane and Hal Gershowitz.

Smart said she was attracted to the Champion Honors Luncheon because of the great work being done at the Barbara Sinatra Center. The missions of the Elizabeth Smart Foundation and the Barbara Sinatra Children’s Center Foundation align well, and Edward Smart and Sinatra executive John Thoresen would like to collaborate on some national programs to bring heightened awareness to child abuse, child abduction, and human trafficking.

The Champion Honors Luncheon, held at JW Marriott Desert Springs Resort & Spa in Palm Desert, was a successful event and also an entertaining one. Broadway star Brent Barrett sang “You Raise Me Up” with graphics on the big screens that illustrated the therapeutic work of the Sinatra Center. Luncheon chairs Hal Gershowitz, Helene Galen, and Harold Matzner spoke about the many children who have been treated at the Barbara Sinatra Center for Abused Children since it was founded by Barbara and Frank Sinatra 32 years ago and the new international outreach program created to help prevent child abuse.