Walt and Dorothy Elmer opened a pancake house in Portland, Oregon, long before the City of Roses had developed its reputation as a haven for free-thinking gastronomes. Founded in 1960, amid a rising countercultural movement in the Northwest, Elmer’s Colonial Pancake House became an immediate success thanks to the couple’s commitment to bringing people together over homestyle cooking with wholesome ingredients. 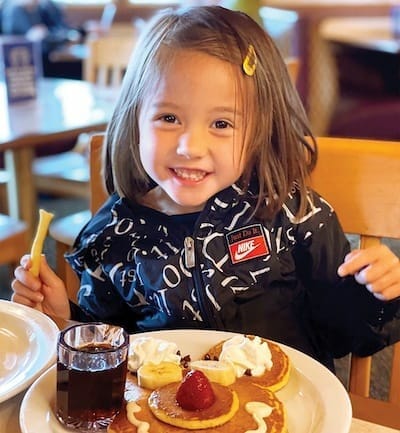 The pancakes were great, too. In fact, the diner-style restaurant still uses Walt’s original batter recipe — rumor has it, he purchased the fluffy-pancake formula for $1,000 and kept it locked away in a safe. Over the years, the menu expanded with lunch and dinner items, and in 1966, Elmer’s Restaurant began franchising. In addition to winning local best breakfast awards, the Palm Springs location has been recognized by Yelp as one of the “Top 50 Brunch Spots in the United States.”

Known for Walt Elmer’s famous buttermilk pancakes and the Classic German Pancake, which is “almost as big as Crater Lake,” the menu features Northwest flavors and favorites such as Oregon-grown marionberry syrup, Tillamook cheese, and sausages from Portland-based Zenner’s Sausage Company. 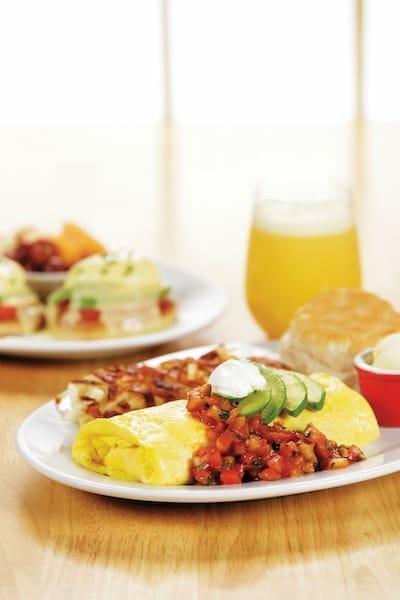 While the food is a star in its own right, it’s the service that makes guests smile. Led by local owner Jacky Donnell and a genuinely friendly team, Elmer's Restaurant in Palm Springs delights desert residents as well as Northwestern snowbirds craving a taste of home. Donnell is proud of the reputation the eatery has built as a local favorite and strives to make Elmer’s a restaurant of choice for generations to come.
• READ NEXT: Italian Food– Best of the Best in the Coachella Valley.