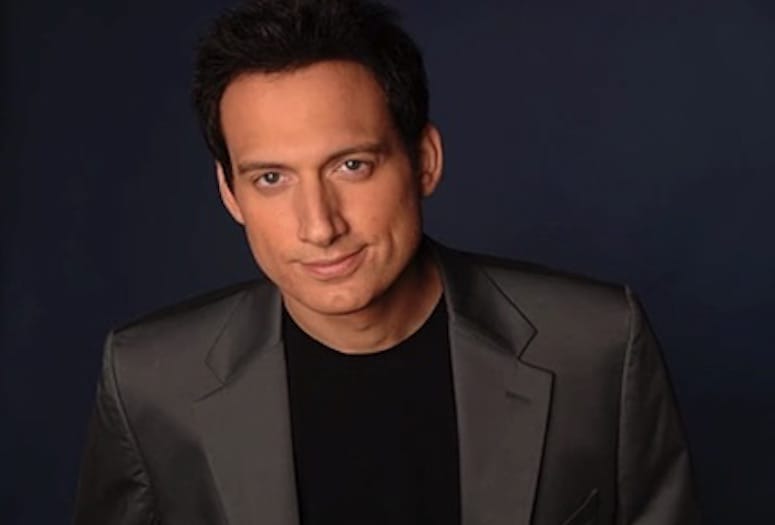 In an era where the 24-hour news cycle have the tendency to make moods plummet south, can the only saving grace be humor?

JFD provides a range of social services and humanitarian aid in and out of the Coachella Valley. It also funds and partners with a variety of non-profit organizations including, Angel View, Desert AIDS Project, Find Food Bank, Jewish Family Service of the Desert (JFS) and Mizell Senior Center’s Meals on Wheels program

Gold, who has delivered some side-splitting lines and garnered national attention with appearances on The Late Show With James Corden, his own Netflix special, as well as his own stand-up shows, opens up about “the Jewish experience,” his own take on comedy and more with Palm Springs Life.

You were just on HBO’s Crashing.

[Director] Judd Apatow doesn’t miss a beat and [creator] Pete Holmes is a brilliant and hilarious standup comic. When Judd called me from the writers’ room of Crashing, he said, “We’re thinking of doing an episode where you take Pete to one of your Jewish gigs.’ I thought, “Perfect. That’s what I do.” That’s what I’ll be doing on Tuesday night for the Jewish Federation of the Desert. It’s like life imitating art imitating life imitating life. It’s like a circle.

But don’t you just love that?

I do. It’s crazy. It was crazy to play a Jewish comedian named Elon Gold who does shul [synagogue] gigs. That was a weird part. By the way, they almost gave that part to Jonathan Silverman.

That was a joke. Actually, they almost gave the part of Elon Gold to Bob Saget.

Imagine that. So … how did growing up in your household influence you?

It wasn’t just a plain ol’ Jewish household. It was Super Jewish. Really. We were kosher. We did all of the holidays and I went to Yeshiva. I had a lot to draw upon. What I love about Jewish gigs, as opposed to “regular” gigs, is that I get to speak to that experience in such a specific way that literally a non-Jewish audience wouldn’t understand it. If I’m doing a joke about a lulav — what you shake on the holiday — I would never do those jokes at the Comedy Cellar.

How has your upbringing informed you?

Now I am just mining it for comedy. The thing is: Any comedian lives their life and has these observations and comments on them. When you live a very Jewish life like I do and observe all the holidays, you can’t help yourself  but have funny thoughts and observations. You can’t turn it off. It’s never completely “off”—unless I am sleeping or in a coma.

What can we expect at the show?

I’ve heard myself plenty so I, as an audience member, am excited to hear the legendary Carol Leifer, who wrote for Seinfeld and was on The Tonight Show with Johnny Carson, and, of course, had her HBO specials. And also Gary Gulman, whom I consider, as do a lot of other comedians, to be the best artist and funniest standup comedian today. I marvel when I watch him. He is a master of language.

The event is also a fundraiser.

Yes. It’s for a good cause, too. The event will help the community and the less fortunate, and our brothers and sisters in Israel. It’s one of those fun nights where the community gets together. We’re having fun and doing something good. It’s like The Ellen DeGeneres Show. It’s fun and good for you.

What are you finding most amusing these days?

Besides Trump, whom I will be commenting on? Well, I had a recent observation about our people. Like everybody else, we’re competitive but it’s just that our competitions are just a bit different. We compete over who has a longer hospital stay. Like “I was in the hospital for three weeks.” [The other person says] “Big deal. I was in a coma for a year and a half.” Those are our types of competitions — who has more misery and suffering. We compete over who was closest to a tragedy or almost died. “Did you almost die? Listen to this: I almost died.” We love to tell stories over who almost died. Judaism is the only religion that actually has a prayer for almost dying. But people abuse the prayer all the time.

They get up there and say, “I have to do the prayer because I almost died.” Really, what happened? “Oh, we took a cruise.” So …?  “Well, we were in the middle of the ocean for days and anything could have happened.” Yeah, but it didn’t. “But it could have. We had to say the prayer because we almost died … on the Royal Caribbean.”