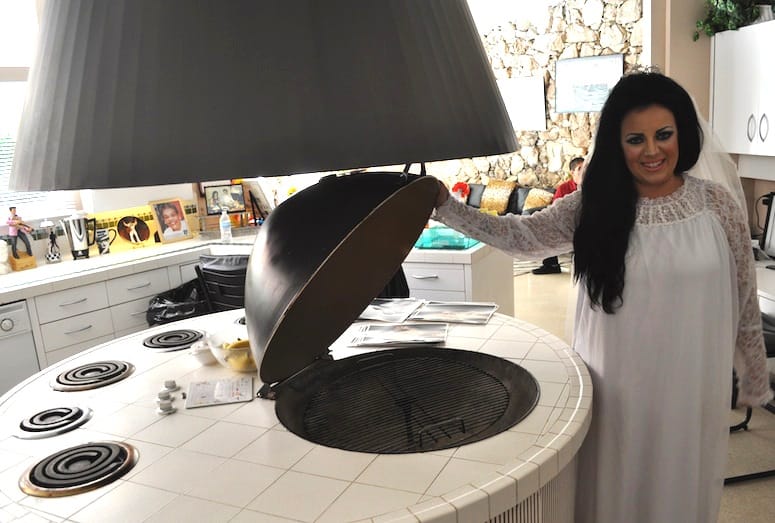 But take a tour of the King's Hideaway Honeymoon house in the Las Palmas neighborhood of north Palm Springs, and suddenly the distance disappears.

Elvis and Priscilla Presley's one-year stay from 1966-67 – which broke down to six months before and after they were married – comes alive in the Robert Alexander designed and built house in 1960.

Like so many stars who lived and frequented Palm Springs over the past 50 years, the house provides a means to relive their stay, where they played, who visited, and who were their neighbors. The estate, a testimony to Palm Springs' midcentury modern architecture, remains on the must-see lists for visitors and residents alike.

Tour guide Darlene Perez, who dresses up as the bride Priscilla complete with wedding gown, gives a spirited tour complete with anecdotes about the house both before, during and after Elvis was there.