Elvis Presley Memorabilia to be Auctioned From "House of Tomorrow" 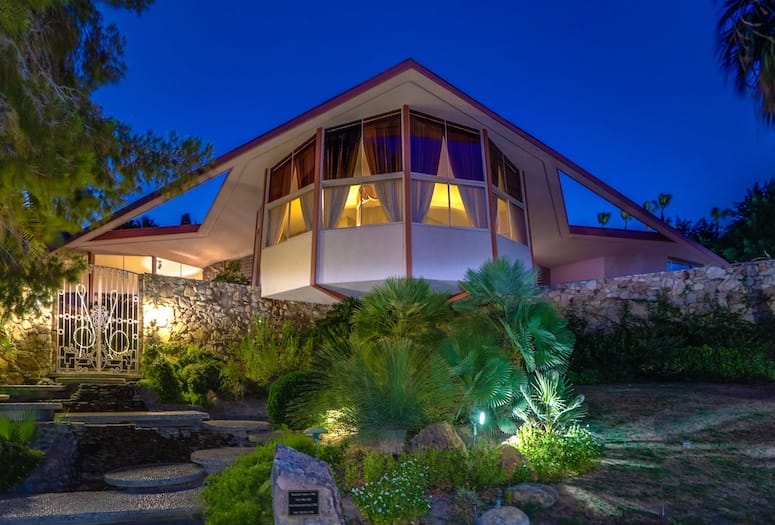 The "House of Tomorrow" was sold in December, and now several  items including furniture and Elvis Presley memorabilia will be auctioned Jan. 16.
PHOTOGRAPHS COURTESY BENNION DEVILLE HOMES

An assortment of Elvis Presley memorabilia will be auctioned Jan. 16 as part of the sale of the “House of Tomorrow”, also known as the honeymoon home of Elvis and Priscilla Presley in Palm Springs during the late 1960s.

The home sold in December 2020 for $2.6 million, ending six years of being listed.

The home located in the Vista Las Palmas neighborhood is one of the most photographed and architecturally significant properties in Palm Springs. It was built in the early 1960s for Robert and Helene Alexander of the influential Alexander Construction Company and midcentury architect William Krisel. Originally known as the Alexander Estate, the house was a pioneering architectural masterpiece, and was featured in a 1962 edition of Look Magazine as the "House of Tomorrow". 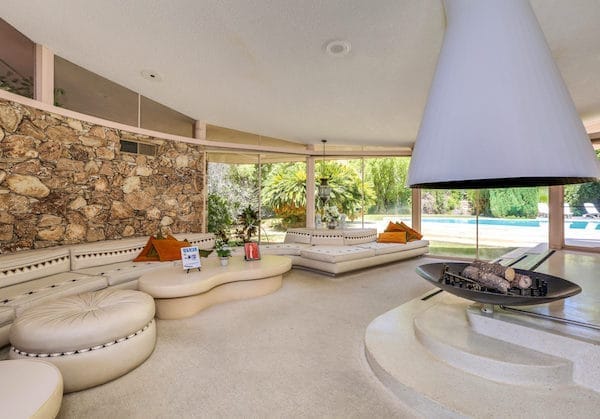 The sunken living room features a floating fireplace hanging from the ceiling in the center. 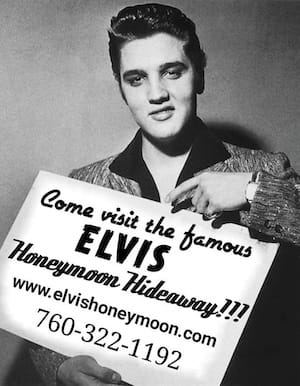 Even the "King" helped promote tours of the "Honeymoon Hideaway".

The house achieved worldwide notoriety in 1966 when Elvis took over the estate. "On May 1st, 1967, Elvis and Priscilla slipped out of the house in the middle of the night, in order to evade the watchful eye of Hollywood gossip reporter Rona Barrett." They jetted to Las Vegas for their wedding. They returned later that same day to Palm Springs to the "Honeymoon Hideaway" for a wedding reception and extended honeymoon stay.

In the November 2008, issue of Architectural Digest. the houses' midcentury style was referred to as Palm Springs Modernism.

The estate has been painstakingly restored to look as it did during its golden era in the 1960's, when both Elvis and Priscilla called it home. Priscilla was so enamored with the living room design she created two of the most expensive suites at the Graceland Hotel as replicas of the "Honeymoon Hideaway."

The contents on offer at Kaminski Auctions is not original to Elvis himself, but features the furniture, furnishings and framed Elvis photographs, movie posters, and assorted Elvis memorabilia from the Robert Alexander Estate. The Alexander collection of memorabilia includes clothing, a Las Vegas costume, original Elvis sneakers, gold and platinum record plaques, guitars, and all types of ephemera including Life magazines, cookbooks, photographs, etc. 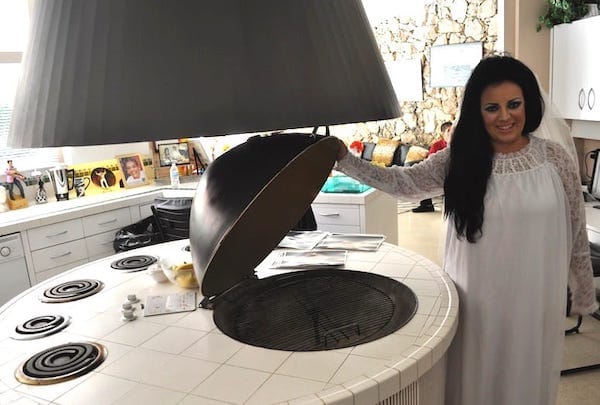 Midcentury modern furniture collectors will swoon over chrome chairs with animal print fabric, black leather sofas, mirrored vanities and a complete replica of the master bedroom of Elvis and Pricilla.

Online bidding is offered through KaminskiLIVE.  The complete contents of the Elvis "Honeymoon House" and other auction items can be viewed at kaminskiauctions.com.

• READ NEXT: The Exclusive Vintage Club In Indian Wells Is Really All About The People.