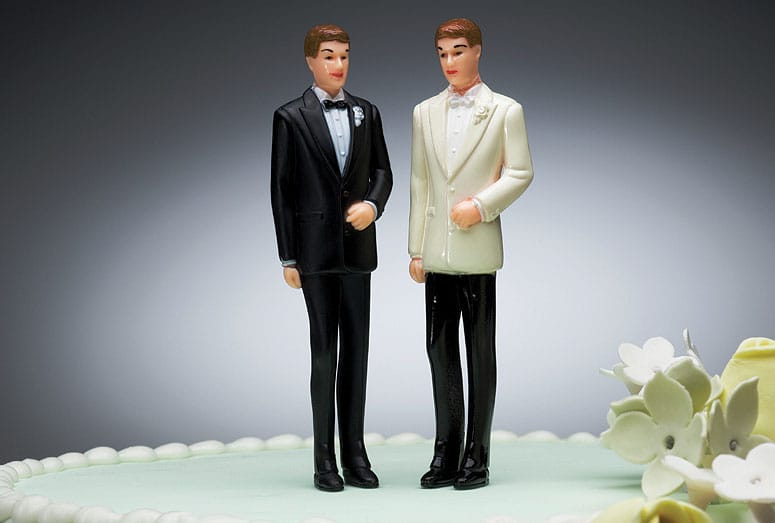 Wedding bells are ringing for same-sex couples up and down the state since the Supreme Court struck down the Defense of Marriage Act. The happy couples caught up in the moment should be careful to also tend to important financial details that will have long-ranging effects.

Same-sex married couples — in states that recognize these unions — can take advantage of more than 1,000 federal benefits that previously were denied to them. These include benefits from the Internal Revenue Service, Social Security Administration, and health insurance companies. To date, though, the IRS has yet to give direction on these regulations, and many other benefits have yet to be sorted out in the real world of personal finance, wealth management, retirement, and estate planning.

Jim Casey, president and CEO of Integrated Wealth Management, has some cautionary words for those about to say, “I do.” Casey advises his affluent same-sex couples to “take a breath, wait, and don’t do anything right now.”

Casey is an experienced realist who knows the precarious financial waters that lie ahead for same-sex couples. “Don’t comingle assets yet that were held separately,” he says. “Don’t change estate plans immediately, and don’t get rid of health insurance plans.”

Rather, meeting with an attorney, CPA, wealth adviser, and insurance professional is essential in charting these these waters.

“It’s great news,” he says, “yet there’s still an exorbitant amount of unknown out there for same-sex couples.”

Casey advises couples to consult with a CPA before changing their IRS filing status. Domestic partners may have fared better previously because they were required to file separately, and thus avoided the so-called “marriage penalty.”

Filing status is one big question. The potential tax liability of selling real estate is another. Couples thinking of changing how they hold title on property also should consult a professional. “Every couple has a unique situation,” he says.

Mark Baer, a Pasadena attorney who has practiced family law for more than 20 years, views the ruling from the perspective of divorce. Same-sex couples that marry now share the same financial concerns of other married couples that face divorce, he says. “Division of retirement accounts, spousal support, and one spouse receiving the higher earner’s social security benefits” all need to be planned, he notes. “Today, nobody is thinking divorce, but prenuptial agreements are imperative.”