maria sharapova | Even in Absentia, Maria Sharpova is Hot Topic 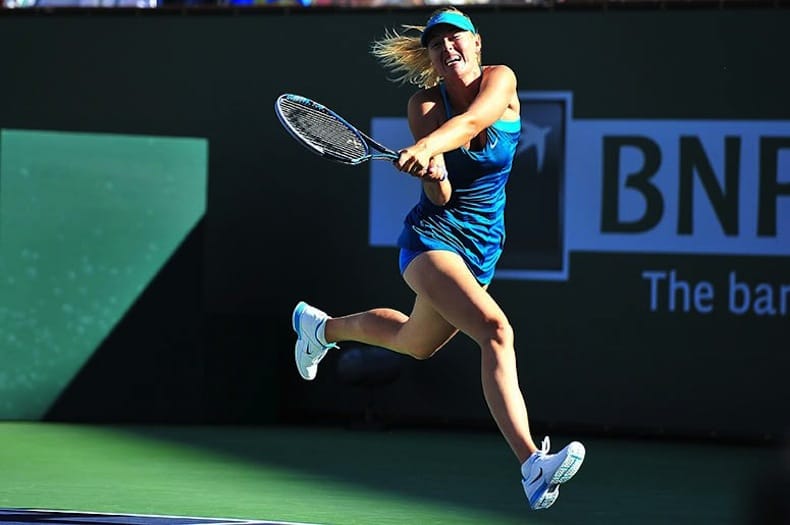 This was the scenario at the BNP Paribas tournament Wednesday (March 9): The ladies who were there, if not yet playing — champions such as Angelique Kerber, who just won the Australian Open, and Petra Kvitova, who has two Wimbledon titles — were compelled to talk about the lady who wasn’t there.

That, of course, would be Maria Sharapova, who pulled out Indian Wells with a sore forearm — that’s forearm, not forehand — before it was announced she had failed a drug test and faced a suspension from the game.

The women who were there, in a conference room used for interviews at the Indian Wells Tennis Garden, looked and acted as uncomfortable facing the repetitive questions — “When did you find out? Were you shocked?”— as they would have been facing Ms. Sharapova, a winner of all four Grand Slams in a match.

This was what neither BNP Paribas nor the WTA would have planned, given their option. But they had no option. This was hard news from a location other than a hard court. So other than Kvitova confirming reports she was engaged — to a Czech hockey player, Radek Meidl; and Petra couldn’t remember if he went down to his left knee or right — every query was about Sharapova.

And every response was virtually the same.

Sharapova, 28, a cottage industry who has made millions off the court in endorsements and on with her game, tested positive for meldonium, only banned Jan. 1, which has been linked to increased endurance. She has taken a similar drug for years for her heart, but that one was legal. Players were emailed warnings about meldonium. Sharapova said, as so many of us, she merely glanced at the notice.

Sharapova, although a U.S. resident since coming to Nick Bollettieri’s academy as a 7-year-old, is Russian, and naturally Moscow calls the whole thing a conspiracy. What Agnieszka Radwanska of Poland, No. 3 in the WTA rankings called it was “a very sad day for tennis.”

No question along with Serena Williams, Sharapova is one of the leading attractions on the women’s tour. Yet, sad and sympathetic are not comparable.

Radwanska agreed each player, with assistance from an agent and medical professional, is responsible for her own direction, knowing a drug test can be given at any time. The consensus was that what befell Sharapova was unfortunate but tennis, as each sport, must avoid suspicion.

"I don't check those emails," Radwanska said about receiving notification which products were on the banned list before the start of every year. "That is what my doctor is doing and my agent. I am scared because I know every pill can have something in it so when I am sick I am just taking aspirins 100 percent because I am always afraid that it is going to be something else. (To be safe) I had better play with the flu."

When the women departed, the men arrived. Rafael Nadal, a three-time Indian Wells champion, sighed when asked about Sharapova, saying, “Everybody can have mistakes. I want to believe it was a mistake. But the rules are like this. It is fair, and now she must pay for it.”

As will all of tennis.