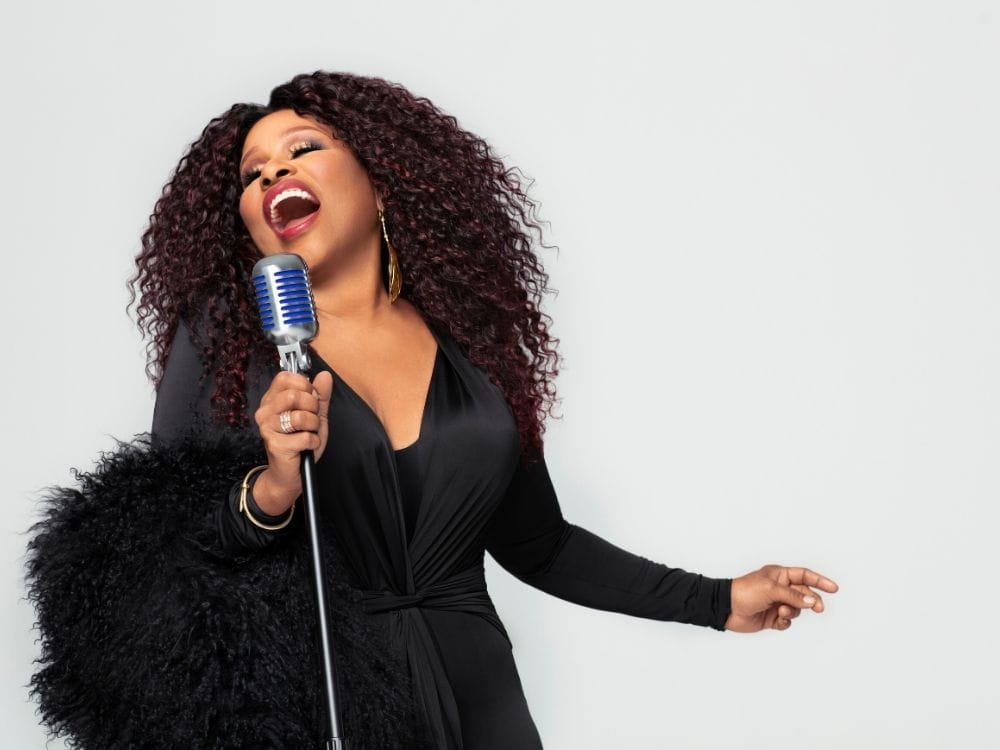 Chaka Khan is one of the world’s most gifted and celebrated music icons — a singer, songwriter, actor, author, philanthropist, entrepreneur and activist who has influenced generations of artists in a career spanning four decades. Now the 10-time Grammy Award-winner is bringing hits like “Tell Me Something Good,” “I’m Every Woman,” “Ain’t Nobody” and “I Feel for You” to Fantasy Springs Resort Casino’s Special Events Center on Friday, March 27th. Tickets starting at $49 go on sale Friday, November 22nd at the Fantasy Springs Box Office, via phone (800) 827-2946 and online at www.FantasySpringsResort.com.

During her legendary career, Chaka Khan has released 22 albums and racked up 10 No. 1 hits on the Billboard charts, seven RIAA-certified gold singles and 10 RIA-certified gold and platinum albums. Her recordings have resulted in more than 2,000 catalog and song placements, and her rare ability to sing in a number of musical genres — including R&B, pop, rock, gospel, country, world music and classical — is revered by fans and peers alike.

The Chicago native began singing as a teen before being invited to join the group Rufus. Her fiery vocals on their debut album caught the attention of Stevie Wonder, who penned the smash hit “Tell Me Something Good” from the 1974 platinum-selling album, Rags to Rufus, which earned Chaka her first Grammy. Together, Chaka and Rufus dominated the airwaves with such hits as “You Got the Love” “Once You Get Started,” “Sweet Thing,” “Everlasting Love,” “Do You Love What You Feel?” and “Ain’t Nobody,” while racking up five RIAA-certified gold and platinum albums.

In 1978, Chaka blazed onto the music scene as a solo artist with the release of “I’m Every Woman,” written by Ashford & Simpson. The enduring hit has been re-recorded numerous times, inspired by Chaka’s incredible original performance. Continuing her collaboration with the late producer Arif Mardin, her catalog grew with such hits as “Clouds,” “Papillon,” and “What ‘Cha Gonna Do For Me?” It was during this time that Chaka began pursuing her love of jazz — she and Mardin re-worked the classic “Night in Tunisia” with the song’s originator, Dizzy Gillespie, on trumpet. Her crowning achievement in jazz was the Grammy Award-winning “Be Bop Medley” from her 1983 self-titled album.

In 1984, Chaka Khan was catapulted to global superstardom with the release of “I Feel For You,” originally written and performed by Prince . Her chart-topping, Grammy-winning recording also made history by being the first R&B song to feature a rap, performed by Grandmaster Melle Mel. Chaka also topped the charts with “This Is My Night” and the instant classic, “Through The Fire.”

Chaka then lent her voice and production skills to two of the biggest hits of 1986: Steve Winwood’s “Higher Love” and Robert Palmer’s “Addicted to Love.” Both went on to earn Grammy Awards. She has since worked with a who’s who of artists including Quincy Jones, Mary J. Blige, George Benson, Larry Graham, and countless others. Her 2007 album Funk This! earned a pair of Grammys for “Disrespectful” with Mary J. Blige and the album as a whole.