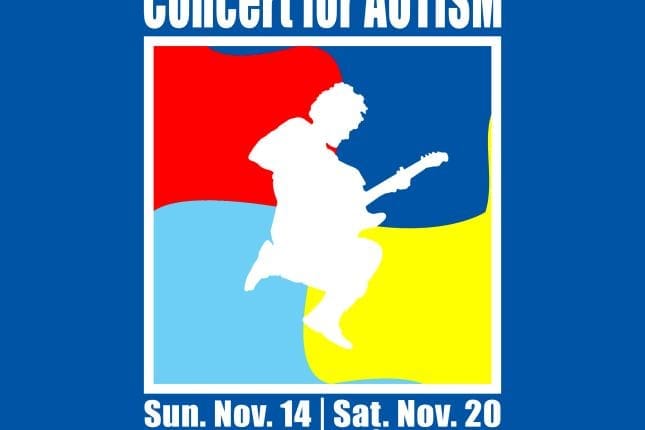 Josh and Linda Heinzare announcing the 14th Annual Concert for Autism. The concert is a two-day event featuring performances by some of the Coachella Valley’s most talented bands and musicians to raise funds and awareness for the Desert Autism Foundation. The lineup is to be announced. Past performers have included: John Garcia and the Band of Gold, Giselle Woo & the Night Owls, Black Water Gospel, House of Broken Promises,The Pedestrians, Machin’, The Flusters, Caxton, You Know Who, The Hellions, John Stanley King, 5th Town, Throw the Goat, Michael Keeth, Courtney Chambers, Rick Shelley and the Heinz’s own band, Blasting Echo, among many others. Autism is an issue that hits close to home for Josh, Linda and their band mate Armando Floresas they all have sons on the Autism spectrum.

A suggested donation will be collected for the cause at the door, and donations will be accepted throughout the events. There will also be silent auctions and raffles with items donated by several area businesses. Participating businesses in past years have included Desert Adventures, Pacifica, Indigo Auto Group, The Living Desert, The Palm Springs Air Museum, The Westin Mission Hills, Tristone Cinemas, Guitar Center, Kaiser Grille, Mastro’s,Record Alley, BNP Paribas Open, Sprouts, Big Horn Golf, Trader Joe’s, Flemings Steakhouse, Ernie Ball, My Gym, Sullivan’s, The Rowan, LuxTone Amplifiers and many, many others.

The Desert Autism Foundation provides financial assistance to families with Autistic children so they may afford vital therapies, programs and activities.

Autism is a complex developmental disability that typically appears during the first three years of life and affects a person’s ability to communicate and interact with others. The Centers for Disease Control estimates that Autism now occurs in 1 out of every 54children.

For more information or to setup an interview with any of the participants please contact Josh Heinz at (760) 702-4110.