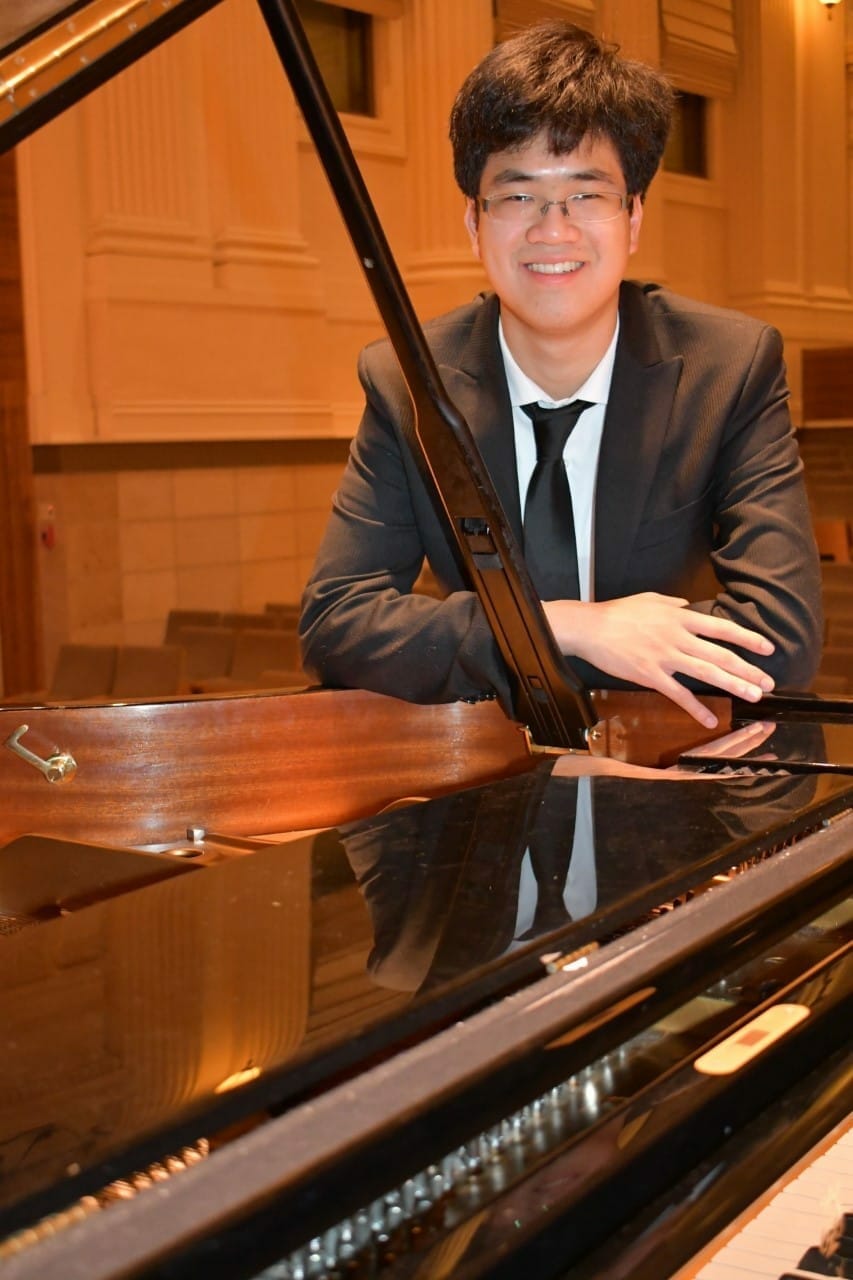 He just returned from performing at the Liszt Museum in Budapest Hungary and in Zebegeny (a small village there) and Washington DC, after winning the 2021 Los Angeles International Liszt Competition. In addition to evergreen Chopin, Liszt & Stravinsky works, the program will include crossover / popular fare such as William Hirtz’ Fantasy on Harold Arlen’s Wizard of Oz, and Presley/Schmidt’s Can’t Help Falling In Love, and the jazzy Tom and Jerry Show by Uehara. The branching out from a strict classical concert is part of PS ipc’s strategy for reaching more diverse audiences.

Richardson also won First Prize and Best Chopin Prize at the 2016 MTNA National Competition. He has performed in many venues across the United States, including the 2000-seat Music Tent in Aspen, Carnegie Hall, Finney Chapel, and Benaroya Hall. He will be performing all-Liszt concerts in Budapest, London, and Washington D.C. in 2022.