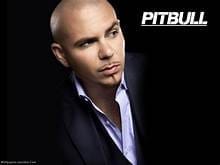 Grammy Award-winning superstar Pitbull — aka “Mr. Worldwide” — has rescheduled his Dec. 18, 2021 show and is returning to Fantasy Springs Resort Casino’s Special Events Center on Saturday, Feb. 12, 2022 at 8 p.m. Tickets previously purchased will be honored for the new date; those who are unable to attend have until Nov. 24 to receive a full refund.

With countless awards, dozens of international number ones, hundreds of gold and platinum certifications, millions of single sales, 25 million album sales, and cumulative video views in excess of 15 billion, one of the most impressive careers in music history set the stage for him to make true change.

Not only did he successfully help establish Sports Leadership Arts and Management (SLAM!) tuition-free public charter schools across the country, he was honored by the United Nations General Assembly on behalf of Clean Water Here; he is a partner in eMerge Americas, the annual tech and innovation summit held in Miami; and he was honored alongside music legends as well as Nobel Peace Prize and Pulitzer Prize winners at the 2019 International Achievement Summit.

Pitbull and Horizon Media have partnered to launch 305 Worldwide, a new multicultural marketing agency. After announcing several partnerships in 2020 such as CLMBR, Espanita Tequila, LivexLive, and “From Negative to Positive” Podcast, Pitbull ended 2020 with a bang by ringing in the new year performing on main stage in Times Square.

In the first month of 2021, Pitbull became the co-owner of NASCAR racing team [Team Trackhouse], and proudly served as the Grand Marshal of the 2021 NASCAR Daytona 500. Pitbull has performed for millions worldwide and even joined forces with the #1 life and business strategist, Tony Robbins, for numerous engagements around the globe. He maximizes his own creative, entrepreneurial and personal freedom, yet again, on his next long-awaited English album, set to be released later this year.